10 Surprising and Little-Known Facts on Fatima 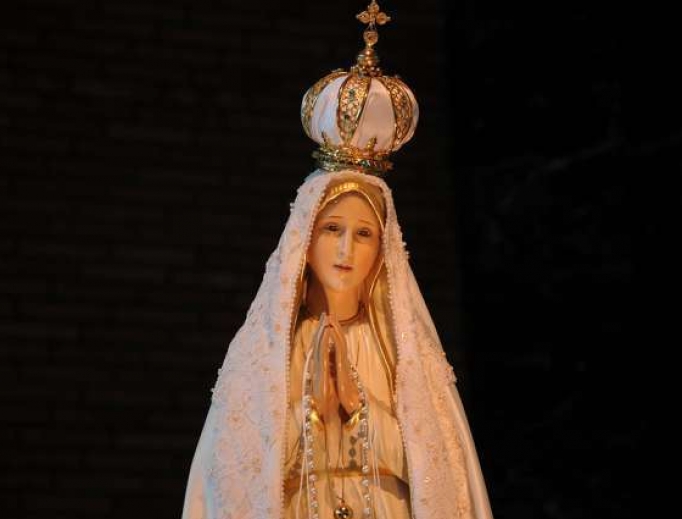 10 Surprising and Little-Known Facts on Fatima

Here are 10 fascinating facts and details often overlooked or never realized about the famous Marian apparitions in Fatima, Portugal.

Many Catholics should know at least some of the basic facts about Our Lady of Fatima.

But there is so much connected with the Fatima apparitions and story that is fascinating, often surprising, yet little-known or forgotten. Like these facts:

Fact #1. During Mary’s second appearance on June 13, 1917, she gave one part of a directive to Lucia alone: “I want you to come on the 13th of next month, to pray the Rosary every day, and to learn to read. Later, I will tell you what I want.”

The request was unusual since girls in her situation didn’t learn to read. Why the directive to this 10-year-old? In his book Fatima for Today, Father Andrew Apostoli, host of EWTN’s Sunday Night Prime, explains that it was Lucia’s mission to spread this Fatima message to the whole world. “It was most important, then, for Lucia to learn to read and write.” In later years she even used the word processor.

Fact #2. It was not necessary for her cousins, 8-year-old Francisco Marto, and 7-year-old Jacinta Marto, to learn to read since during the second apparition on June 13, Lucia asked the Blessed Mother if she would take them to heaven.

“Yes, I shall take Jacinta and Francisco soon, but you will remain a little longer, since Jesus wishes you to make me known and loved on earth,” Mary told 10-year-old Lucia. “He wishes also for you to establish devotion in the world to my Immaculate Heart.”

Francisco died in 1919 at age 11 at home, peacefully despite suffering terribly from the influenza epidemic of 1918.

His big wish of receiving Jesus in the Holy Eucharist was granted just before he died the following day. It was his First Holy Communion! (Although he did receive from the chalice which the angel offered him in apparitions before Our Lady appeared.)

Fact #3. On the other hand, Lucia got special permission to receive her First Holy Communion at age 6, a year earlier than normal, since she knew her catechism and explained the mystery of the Eucharist so well.

In her “Second Memoir,” she gives the details and explains that the day before, right after her first confession, kneeling in front of the statue of Our Lady of the Rosary in their church and asking Our Lady to keep her “poor heart for God alone,” Lucia said “it seemed to me that she smiled and, with a loving look and kindly gesture, assured me that she would.” Besides the smile, notice that the statue depicted Our Lady of the Rosary, as years later Mary would identify herself to the children during the last apparition.

Fact #4. Jacinta also caught the same devastating Spanish flu that Francisco did. Even as a 9-year-old, she willingly accepted to suffer greatly. Why?

Lucia recounts in her “First Memoir” that as Jacinta was suffering, the Blessed Virgin appeared to her. Jacinta would explain that “she asked me if I still wanted to convert more sinners. I said I did. She told me I would be going to a hospital where I would suffer a great deal; and that I am to suffer for the conversion of sinners, in reparation for the sins committed against the Immaculate Heart of Mary, and for the love of Jesus.”

Jacinta received other visits from Our Lady who counseled her and showed her things to come (more on this another time). She died a few weeks short of her 10th birthday on Feb. 20, 1920.

Fact #5. Jacinta is incorrupt. She was entombed in a private chapel in Ourem. Her body had been sprinkled with quicklime because at the time the law stated that the body of anyone who died of the Spanish flu epidemic had to be treated that way.

Yet when her tomb was opened on Sept. 13, 1935, the people were astonished to see her features were incorrupt. Preserved this way, she was reburied next to her brother Francisco in the Fatima cemetery.

Fact #6. During Our Lady’s third apparition on July 13, she gave the children a vision of hell. Then came more warnings as Our Lady told them. “The war is going to end; but if people do not cease offending God, a worse one will break out during the pontificate of Pius XI.”

We know the war going to end was World War I which was raging for several years and ended on Nov. 11, 1918. Looking back, we know the “worse one” our Blessed Mother referred to conditionally — that “if” depended upon the people’s response to her request and instruction — would be World War II.

But look again at what else she prophesied.

She said it would begin when Pius XI was pope. This was in 1917 when Benedict XV was the Holy Father. There was no Pius XI until five years later — Feb. 6, 1922.

Pius XI was pope until he died Feb. 10, 1939. He fearlessly spoke out against Fascism, the Nazi Reich in the encyclical Mit brennender Sorge (With Deep Anxiety) seeing the horrendous threats of religious extermination, and Communism in the encyclical Divini Redemptoris (On Atheist Communism).

Fact #7. Our Lady gave more specific details in that same apparition, saying, “When you see a night that is lit by a strange and unknown light, you will know it is the sign God gives you that He is about to punish the world with war and with hunger, and by the persecution of the Church and the Holy Father.” (This occurred on January 25-26, 1938.)

Fact #8. Our Blessed Mother promised to return a seventh time when she spoke during her first apparition on May 13. “I want you to return here on the thirteenth of each month for the next six months, and at the very same hour. Later I shall tell you who I am, and what it is that I most desire. And I shall return here yet a seventh time,” she said.

There was no consensus when that seventh time might be. “Some thought it might be with another miracle.

Then came A Pathway under the Gaze of Mary (2013), a biography of Sister Lucia written by the nuns of the Carmel of Coimbra who lived with her for many years. In it they quote her from her personal notes called My Pathway and stored in their archives.

It was June 15, 1921, and Lucia was about to leave Fatima for good to where the bishop wanted to send her. Knowing she would likely never again see the place or her family, she felt unable to go through with leaving. Lucia describes how she went to the holm oak where the Blessed Mother appeared in 1917, knelt and prayed in terrible anguish.

As she detailed in My Pathway, “[O]nce again you have come down to Earth; and then I felt your helping hand and maternal touch on my shoulder, I looked up and I saw you, it was you, Blessed Mother, holding my hand and showing me the path, and your lips unveiled the sweet timbre of your voice and light and peace was restored to my soul. ‘Here I am for the seventh time. Go, follow the path which the Bishop wants you to take, this is the will of God.’”

Fact #9. Francisco and Jacinta became two of the youngest Blesseds ever when on May 13, 2000, Pope John Paul II traveled to Fatima to beatify them.

The Pope of Fatima said the little shepherds became saints so quickly though their submission and dependence on Mary. “Devoting themselves with total generosity to such a good Teacher,” John Paul II said, “Jacinta and Francisco soon reached the heights of perfection.”

Fact #10. Everything is about Divine providence, including location. The spot where the Pope of Fatima, St. John Paul II, said World Youth Day Mass in Denver in 1993 has something special in common with Fatima: It’s at precisely the same latitude (39.630369 degrees north) as the shrine in Fatima.

Bringing Back the Gifts of the Chu...