10 Things I Learned About St. Maximilian Kolbe from the Docudrama ‘Two Crowns’ 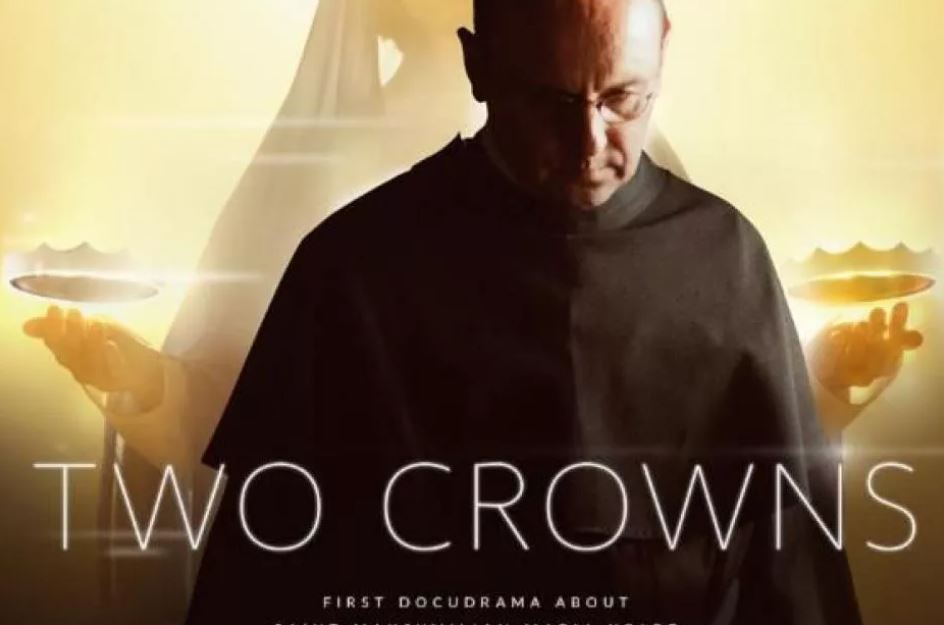 10 Things I Learned About St. Maximilian Kolbe from the Docudrama ‘Two Crowns’

Scheduled to be released for one night only on Monday, Oct. 26, here is a sneak peek at the first movie featuring unknown facts about Maximilian Kolbe, who was canonized in 1982.

A lot of Catholics know the story of St. Maximilian Kolbe. He was strongly devoted to Mary, whom he called the Immaculata. And he gave his life in exchange for another’s at Auschwitz. I’m willing to bet that this is the extent of most people’s knowledge. A brief snippet of his life story.

On Monday, Oct. 26, there will be a one-day theatrical release of the Polish film Dwie KIorony or Two Crowns. Don’t worry — it’s been dubbed in English. The title refers to a dream of Kolbe’s in which the Blessed Virgin came to him and offered him a red crown or white crown. Kolbe said he chose both. The movie Two Crowns provides viewers a biographical sketch of St. Maximilian Kolbe, a comprehensive overview of his life, short of reading a biography. His story is told in a docudrama style which kept me engaged the entire time. Here’s what I learned about this Polish, Marian saint:

1.  St. Maximilian Kolbe had a great devotion to Our Lady of Lourdes. As a young priest friar, he faced the possibility of amputation of his thumb or even his arm if he didn’t heal. He told the doctor that they should try the healing water of Lourdes. And not surprising, Kolbe was healed. Before going to Japan, Kolbe went to Lourdes, and in Japan constructed a grotto to Our Lady of Lourdes.
2. Maximilian Kolbe founded the Knights of the Immaculata, today called the Militia Immaculata (MI). He founded the group in order to convert sinners, heretics, schismatics, and Freemasons. https://tpc.googlesyndication.com/safeframe/1-0-37/html/container.html

3.  The devotion of St. Maximilian Kolbe to the Blessed Mother started in his youth with the dream of the two crowns. He fostered Marian devotion among the Knights of the Immaculata asking them to wear the Miraculous Medal daily and to say one spontaneous prayer to Mary a day. And when he celebrated Mass in Rome, he did so at the church of St. Andrews where Alphonse Ratisbonne had his conversion experience through Mary and the Miraculous medal.

4. Kolbe was a man ahead of his times in terms of evangelization. He wanted to spread love of the Blessed Mother and the Catholic faith through a magazine. Not only did he include topics of faith but also of science. One section was titled “Little Sparks.”

5. Kolbe had the heart of a missionary. Even though he didn’t speak Japanese, he didn’t let that stop him from establishing a community in Nagasaki. It took him over two months to reach Asia and begin his mission work there.

6. Kolbe is fondly remembered by the people of Nagasaki and today. A museum remembers the saintly friar’s ministry. https://tpc.googlesyndication.com/safeframe/1-0-37/html/container.html

7. Kolbe could be considered a prophet. He constructed his monastery on the outskirts of town because he said that one day there would be a fireball falling from the sky.

8. One of the friars was curious what Kolbe did in his room so one night he spied on him through the keyhole. He found the friar praying to the Blessed Virgin.

9. One of the reasons the Nazis wanted to take down St. Maximilian Kolbe was because of his tremendous reach through the Immaculata Magazine.

10. After being sent to the starvation bunker, it is said that death cell was turned into a chapel as Kolbe led those around him in prayer.

The world needs to hear stories of saintly priests because so often we are barraged with stories of not-so-holy priests who make headlines. Films like Pray: The Story of Patrick Peyton and Two Crowns are spiritual medicine for the Catholic faithful, providing hope and inspiring the next generation of believers.