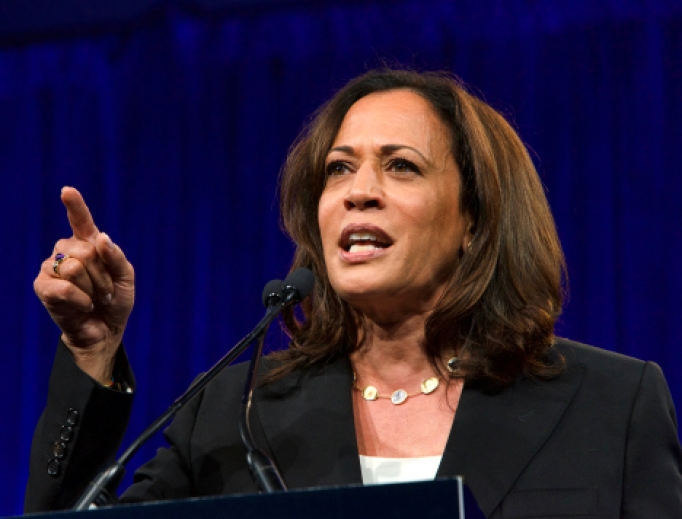 As vice-presidential nominee Kamala Harris takes the stage tonight at the Democratic National Convention, a look at some of the issues she has championed throughout her career.

With the Democratic National Convention in full swing and Joe Biden’s pick for vice president, Sen.Kamala Harris, D-Calif., taking the stage tonight along with former Secretary of State Hillary Clinton and Speaker of the HouseNancy Pelosi, here are 14 facts about Harris’ career, including her time serving as attorney general of California, on issues impacting life, familyand religious freedom — issues that every Catholic should be concerned about and pray about as we move closer to the 2020 election.

1. While serving in the Senate, Harris hasmaintaineda 100% rating from the group National Association for the Repeal of Abortion Laws (NARAL), a pro-abortion entity.

2. Harris has advocated for expanding women’s “reproductive rights” and alsosupportskilling life in the womb for the entire term of the pregnancy, including at the moment of birth.

3. Harris has proposed that states with a history of restricting abortion rights should have to secure federal approval before new abortion laws can be put in place. She also claimed that if these safeguards aren’t put in place, “women will die,” leadingThe Washington Postto give her four“Pinocchios” for the false claim. During a primary debate in Westerville, Ohio, Harrisexplained:

“There are states that have passed laws that will virtually prevent women from having access to reproductive health care. And it is not an exaggeration to say women will die. Poor women, women of color will die because these Republican legislatures in these various states who are out of touch with America are telling women what to do with their bodies.”

4. As attorney general of California, Kamala Harrisprosecutedpro-life journalists from the Center for Medical Progress who investigated Planned Parenthood and its selling of aborted baby body parts, leading to a House investigation and hearing.

5. Harris also used her power as attorney general toraidthe home of one of the most prominent investigative journalists, David Daleiden.

6. As senator, Harris supported a bill that would repeal the Hyde Amendment, a measure that blocks federal funding for abortionand has historically always received bipartisan support. HarrischallengedBiden at a 2019 Democratic presidential primary debate for his previous longtime support of the Hyde Amendment. Bowing to pressure, Biden reversed his position a few days later.

7. in the Senate, Harris has twicevotedagainst the Born-Alive Abortion Survivors Protection Act, a bill that would require doctors to provide the same care to babies who survive botched abortions as they would to any other newborn.

8. In 2018, during the Senate hearing for thenominationof Brian Buescher to serve as a district judge in Nebraska, Harris attacked Buescher, insinuating that his involvement in the Knights of Columbus, a charitable Catholic fraternal organization, disqualified him from serving on the bench. The incident led the entire Senate to pass legislation denouncing any sort of religious test for judicial nominees.

9. Reports abound regarding Harris’ role in how the clergy sex-abuse crisis within the Catholic Church washandledwhen she wasSan Francisco district attorney. Personnel files obtained by prosecutors from the Archdiocese of San Francisco on the sex-abuse crisis going back decades showthat her office did not prosecute any priests. She has since argued that those records were not subject to public-records laws.

10. Just as Proposition 8 was passing in 2008 in California, a ballot measure that bannedsame-sex “marriage”in the state, Harris announced her campaign for California attorney general. While serving the state as attorney general for sixyears, Harris never defended the ban in court, despite the measure’s success. In 2013, a ruling in a separate case (Hollingsworth v. Perry) found the U.S. Supreme Court upheld a 2010 federal court decision invalidating Proposition 8, allowing same-sex unions to resume in the Golden State.

11. Although recent polling of the American public shows a majority of Americans agree with some restrictions on abortion, Harris insists there should be none, leading the chargeagainsta 20-week abortion ban.

12. In 2015, in her capacity as Californiaattorney general, Harris helped shape legislation known as the “Reproductive Facts Act” that wouldforcelicensed crisis-pregnancy centers to post information that explains they do not provide abortions and that the state of California provides free or low-cost abortions. She was sued and lost in the Supreme Court three years later.

13. Harris co-sponsored legislation called the “The Equality Act” in 2018, putting free speech and conscience-protection rights in jeopardy. It would also disable the 1993 Religious Freedom Restoration Act, a tremendous blow to religious-liberty protections.

14. Harris hasco-writtenlegislation in 2019 called the Do No Harm Act, which would weaken the reasonable protections of the Religious Freedom Restoration Act — protections requiring any government restriction of religious expression to demonstrate a compelling interest and employ the least restrictive means. Changing this standard would make it harder for many institutions to maintain their religious identity.