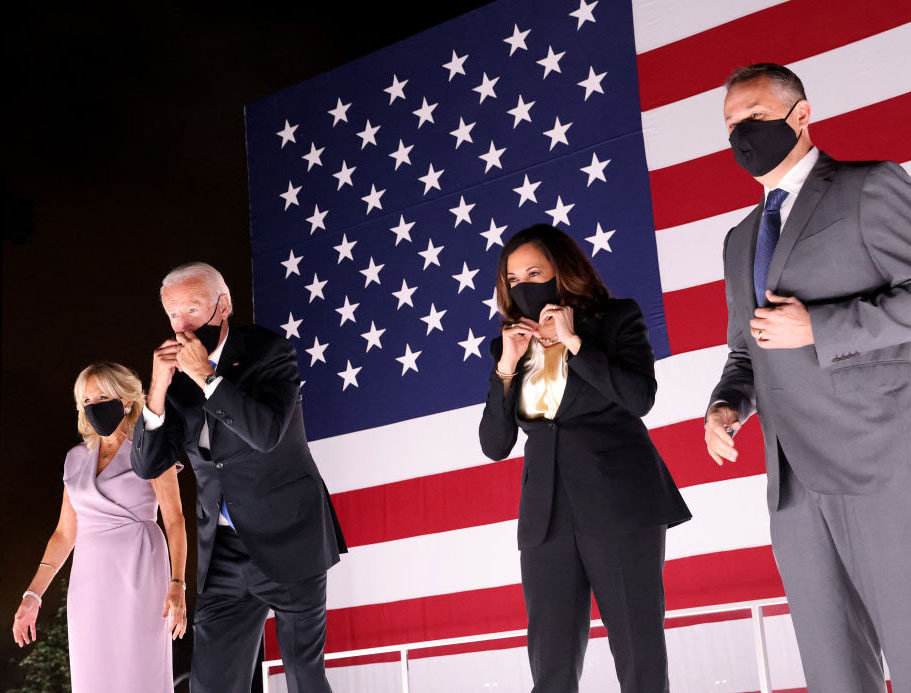 The Democrats’ pledge not to allow religious liberty to serve as ‘a cover for discrimination’ could mean major curtailments on religious liberty, in matters involving sexuality and the sanctity of life.

The Democrats approved their 2020 partyplatformTuesday evening, and despite its celebration of faith and religious diversity, the platform’s new definition of religious freedom actually would seriously limit it for religious voters across the country.

The 2020 Democratic party platform states that “religious freedom is a core American value and a core value of the Democratic Party. Democrats will protect the rights of each American for the free exercise of his or her own religion. It will be the policy of the Democratic Administration to advocate for religious freedom throughout the world. Democrats celebrate America’s history of religious pluralism and tolerance, and recognize the countless acts of service of our faith communities.” The platform also emphasized “the paramount importance of maintaining the separation between church and state enshrined in our Constitution.”

Following their promised protection of free exercise and celebration of tolerance, the Democrats added a condition: “Democrats believe that freedom of religion and the right to believe — or not to believe — are fundamental human rights. We will never use protection of that right as a cover for discrimination.” The platform also contained a promise to “reject the Trump Administration’s use of broad religious exemptions to allow businesses, medical providers, social service agencies, and others to discriminate.”

This year’s platform is much more specific on this point than the Democrats’ 2016 platform which pledged to “support a progressive vision of religious freedom that respects pluralism and rejects the misuse of religion to discriminate.”

What does the platform’s reference to using religious freedom as a “cover for discrimination” mean? Democratic presidential nominee Joe Biden’s running mate, Sen. Kamala Harris, can provide some insight into that. In the Senate, she authored legislation called the “Do No Harm Act” that would alter the 1993 Religious Freedom Restoration Act (RFRA), which limits the government’s ability to “substantially burden a person’s exercise of religion” to cases where the government can demonstrate that the burden is “the least restrictive means of furthering” a “compelling government interest.” Harris would dispense with this requirement for certain laws including those involving “access to, information about, a referral for, provision of, or coverage for, any health care item or service” and those which “protect against discrimination or the promotion of equal opportunity.”

The implications of the vision of religious freedom put forward in the “Do No Harm Act” would be enormous and, in ahearingon it last year, its proponents identified Hobby Lobby’s objection to providing abortifacients to their employees due to their Christian beliefs as one example of a misuse of RFRA the bill would correct. Another alleged example of using faith to discriminate provided in the hearing was Christian baker Jack Phillips’srefusalto bake a cake for a same sex wedding due to his belief in traditional marriage. The phrasing in the act could also apply to Christian foster care organizations whoobjectto placing children with same sex couples or medical providers whoobjectto participating in providing abortions.

The platform’s condemnation of “the Trump Administration’s use of broad religious exemptions to allow businesses, medical providers, social service agencies, and others to discriminate,” comes after the Trump administration issued a religious and moral exemption to the Affordable Care Act in 2017 that included the Little Sisters of the Poor, after their long legal battle against the Obama administration’s contraceptive mandate due to their belief in Catholicteachingon contraception. In July, the Supreme Court once againruledin the Sisters’ favor after Pennsylvania and California sued over the exemption.

Shortly following that decision, Biden commented that if elected president he would “restore the Obama-Biden policy that existed before theHobby Lobbyruling” which would re-establish the original accommodation provided by the Obama administration that religious leaders overwhelminglyrejectedas failing “to remove the assault on religious liberty and the rights of conscience which gave rise to the controversy.”

Despite objections fromfaith leadersand pro-life Democraticlawmakers, the 2020 party platform also included a call to “repeal the Hyde amendment” ban on taxpayer funded abortion and to “protect and codify the right to reproductive freedom.”

In a message on faith Thursday, Sen. Chris Coons, D-Del..saidthat Biden would be “a president for Americans of all faiths, as well as people of conscience who practice no particular faith.”

Based on Biden’s words and the party’s new platform, that doesn’t seem to apply to an order of religious sisters who want to live by Catholic teaching against contraception or Christians whoobjectto their taxpayer dollars going towards abortion.