26 Patron Saints to Help You Around the Kitchen 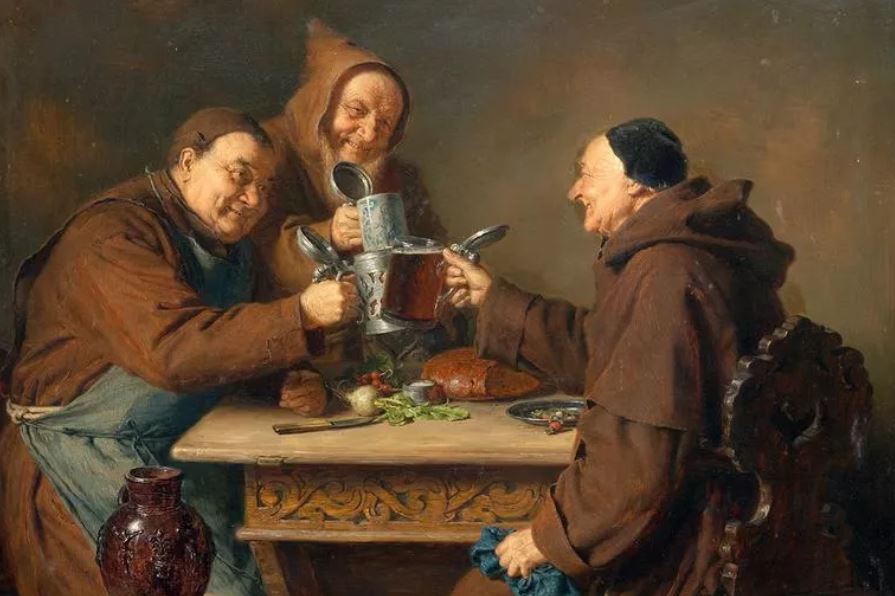 26 Patron Saints to Help You Around the Kitchen

“For the zeal of thy house hath eaten me up: and the reproaches of them that reproached thee are fallen upon me.” (Psalm 69:9)

I don’t need to remind everyone that Christmas is around the corner, and Christians all know that that means food — and lots of it.

I love cooking. I love everything about it except for the washing up afterward. I love the preparation and serving at table. I love dinner conversations. I love the compliments I get before, during and after the meal. And, when I’m not eating with my friends and family, I love talking about food — it’s almost as satisfying as actually eating.

If you’re one of those people whose culinary skills are limited to nuking Hot Pockets and ordering out and you literally will burn boiling water, it’s time to get serious and call in the Big Guns. I offer you the following list for your perusal and culinary supplications. If these saints can’t help you, nothing will:

By virtue of 4th-century bishop St. Nick’s association with children and Christmas, he is considered the patron of everything sweet.

His association with food as a means of healing the sick helped develop St. Francis’ patronage of Italian cooking.

The “Apostle of the North” preached the Gospel in Lithuania, Denmark, Sweden and Norway iand s associated with pierogi — those magnificent Polish dumplings — sweet or savory, fried or boiled — made from unleavened dough. As legend has it, on July 13, 1238, Hyacinth visited the town of Kościelec, Poland, which had just experienced a devastating storm that destroyed all of the local crops, bringing its population to the brink of starvation. Hyacinth prayed and the crops were saved. In a show of gratitude, the townsfolk created pierogi from the renewed crops. A popular Polish mild oath is Swiety Jacek z pierogami! (Polish: St. Hyacinth and his pierogi!) which is roughly equivalent to the English exclamation, “Holy cow!”

Anthony was an 4th-century Egyptian ascetic who is near and dear to farmers.

12th-century Drogo was the son of a Flemish nobleman who could bilocate. He was seen tending the fields and at daily Mass at the same time. He also took 10 pilgrimages to Rome on foot. I’ve not found any reliable information as to why Drogo is the patron of coffee but this holy man certainly had a great deal of energy. He certainly acted as if he were knocking back 10 cups of Joe every day. Interestingly, Clement VIII was the first pope to try coffee, which had gotten the reputation of being the “Devil’s Drink.” While some of the cardinals asked the Pope to ban it, Clement rather enjoyed it. “This devil’s drink is delicious. We should cheat the devil by baptizing it.”

Justo Takayama Ukon was a 17th-century Japanese samurai and daimyō martyr. He was particularly fond of tea and enjoyed the spiritual aspects of the Japanese tea ceremony.

The 13th-century Elizabeth distributed bread to the poor every day.

Born in Lorraine around AD 580, Arnulf was a bishop of Metz when dysentery hit his city. He reasoned that it was due to the drinking water. He pleaded with his flock to avoid drinking water and replace it with beer. The epidemic stopped instantly and, as reported, everyone had a more positive outlook on life afterward.

In 374, Urban, a French bishop had to flee his diocese due to political turmoil and hid in a vineyard. While there, he took the opportunity to convert the vinedressers to the Church.

St. Neot, was a four-foot-tall monk from Glastonbury, England, who died in 877. Pius legend has it that on his deathbed, Neot’s brother monk went to retrieve fish living in a nearby well. An angel had previously assured Neot that the three fish currently living in the well would never decrease as long as Neot ate no more than a single fish each day. Neot’s caretaker, being unfamiliar with the angel’s assurance, retrieved two of the fish to strengthen Neot’s failing health. Upon finding out about the monk’s error, Neot prayed for forgiveness and ordered that the now cooked and very dead fish be returned to the well. As they entered the water, both Neot and the fish were returned to life.

St. Lawrence is the go-to patron saint of cooking. Upon being convicted by Christian-hating Roman pagans, Lawrence was sentenced to death by being slow-roasted over an open fire. His last words were, “Turn me over, I’m done on this side!” And that, boys and girls, is why St. Lawrence is the Patron of chefs… and comedians.

Keep in mind Michael’s patronage as you do your shopping asking him to make sure your grocer has everything you need for a lovely family meal.

Spanish saint Isidore the Farmer is, unsurprisingly, the patron of farmers. Offer a prayer for the farmers who’ve made sure you and your family stay fed.

14. St. Brigid of Kildare — Patron of cheese and cheesemakers

The 5th-century Brigid was a servant in a pagan Irishman’s dairy farm. For this reason, she is now the patron of cheese, and my personal friend.

St. Abigail, also known as Deborah and Gobnait, was born in the 6th century in County Clare, Ireland, but ran away from home due to family problems. After she spent some time in French convent, she returned to Ireland. Un-bee-knownst to her and her nuns, a colony of bees took up residence at the bow of her boat, which she ferried home to Ireland. She used their honey in her preparations to cure illnesses. Once, upon being confronted by vile men intent on hurting her, she prayed for God’s help and instantly the hive of bees attacked the men until they ran off. Without the help of bees, crops wouldn’t be pollinated and we’d be in a fine kettle of fish. Sorry… I meant to say we’d be in a pickle. Keep that in mind in serving a honey-laced dessert.

An 8th-century saint who was the first bishop of Liège in AD 708. He wasn’t always a holy man. In fact, though hunting was forbidden to Christians on Good Friday, Hubert took his hounds and went off into the woods to hunt deer one year. Upon being confronted by a white stag with a crucifix caught in his antlers, Hubert was thrown from his horse and converted on the spot. The label on bottles of Jägermeister is based upon this legend.

Martha, Mary and Lazarus often feted Jesus and his Apostles at dinner. One day, Mary seemed to be shirking her duties in the kitchen and Martha urged Jesus to ask her sister to lend a hand in the kitchen instead of listening to Jesus. Jesus gently admonished Martha by reminding her that Mary choose the contemplative life rather than the life of service (Luke 10:38-42). Different people demonstrate their love for others and God in different ways. Some do it with prayer. Others with money and still others with service. Mary may have chosen the better part, but someone still needs to do the cooking as the ham isn’t going to cook itself.

18. St. Honoré — Patron saint of bread, bakers and those who make altar bread

St. Honoré has been associated with bread for more than a thousand years. His patronal church in Paris was the site of the bakers’ guild and many pastry shops and boulangeries are named after him. In Paris his feast day is celebrated with three-day bread festivals. The eponymously-named Gateau St. Honoré is a cream-filled puff pastry still used as a First Communion cake in France.

19. St. Nicholas of Tolentino — Patron saint of vegans and vegetarians

This Italian saint was a dedicated vegetarian. He once received a Marian apparition when he was seriously ill, and the Blessed Mother told him he’d be cured if he ate bread dipped in water. From that moment onward, he cured many people by giving bread and water to them. According to a pious legend, a host once gave Nicholas a dish of fried chicken to eat, not knowing that Nicholas was a vegetarian. The saint thanked his benefactor and prayed over his plate. At that, the chicken was instantly transformed into roasted vegetables.

This Doctor of the Church wrote recipes and engaged in nutritional science and believed food had healing properties. She created her “Cookies of Joy” which were meant to promote good health and cheerfulness, saying, “They will reduce the bad humors, enrich the blood, and fortify the nerves.”

In the case where your best laid plans of mice and chefs are ruined and your family suffers from food-related illness due to your cooking, I recommend calling the National Poison Control Center and praying to one or more of the following saints:

21. St. Charles Borromeo (Nov. 4) was a 16th-century cardinal who dedicated his life to the poor. His connection to stomach problems is unclear.

22. St. Timothy (Jan. 26) a 1st-century Christian who was stoned to death. He is a patron saint against intestinal disorders.

23. St. Brice (Nov. 13) is a 5th-century bishop who was falsely accused of fathering a child. As a test of his truthfulness, he was ordered to put hot coals in his pocket and carry them to the tomb of St. Martin of Tours. Once there, he demonstrated that he wasn’t hurt by the ordeal. Thus, he is the patron of stomach disorders.

24. St. Blaise (Feb. 3) saved a child from choking to death on a fishbone, so he’s the patron of throat ailments.

25. St. Erasmus of Formia (June 2) was martyred in the 4th century by having his intestines pulled out of his body. That’s why he’s the patron of intestinal and stomach distress.

26. St. Bibiana (Sept. 1) is the patron of teetotalers, hangovers and New Year’s resolutions.

Just what the Doctor of the Church ordered! These cookies are not only delicious but they come highly recommended from an incredible saint. They are perfect for Christmas. Bake them for your family and you can rest on your laurels while they praise your name to the heavens and you bask in their love.

Note: By halving the ingredients in this recipe, you can easily turn it into your new favorite pie crust. It works great with a cheese cake or with fruit fillings especially apple.

5 Beautiful Ways I Learned How to...

What the Year of St. Joseph Means,... 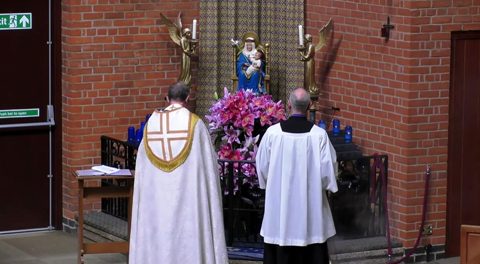 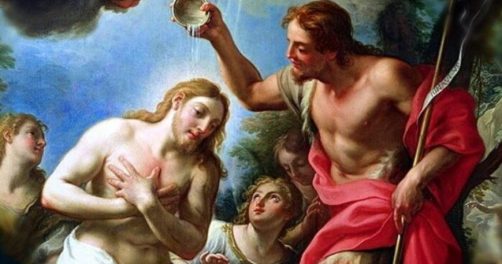 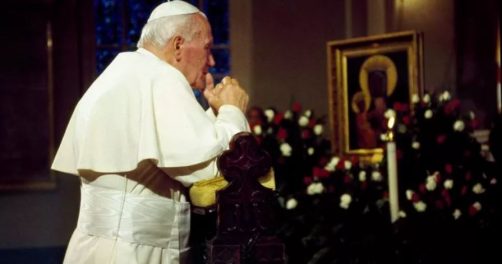 John Paul II, Benedict XVI and Francis Are Clear: Families Are Headed by Parents, Not the State 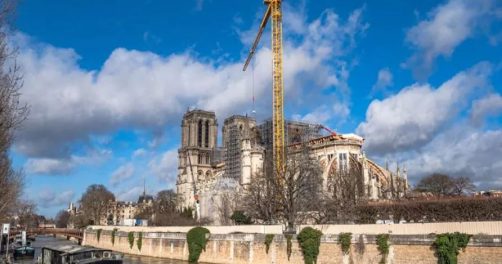 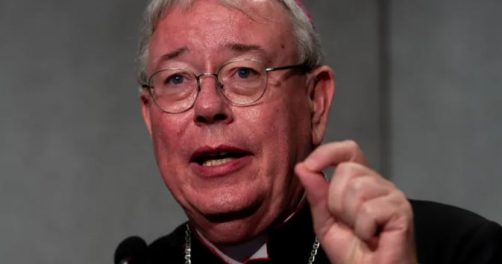