4 Ways St. Faustina Shows Us How to Pray for Our Country 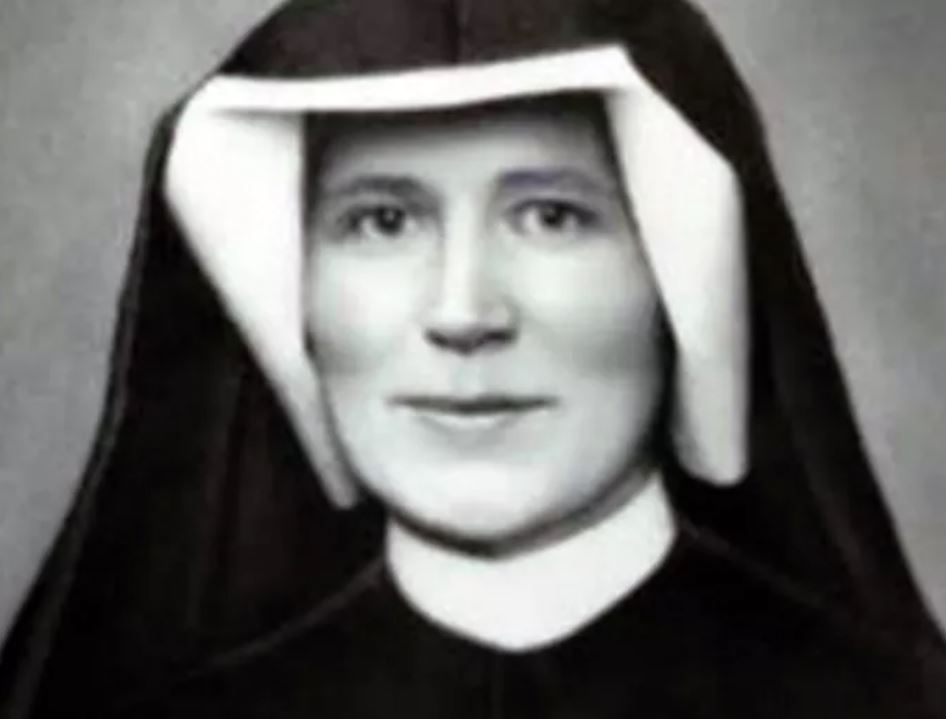 4 Ways St. Faustina Shows Us How to Pray for Our Country

Reading through St. Faustina’s Diary offers four suggestions for how we can pray for America now and in the future.

As the presidential election looms, now seems like a good time to pray for our country. There is no doubt that America is in an unprecedented struggle – a struggle that goes well beyond the election, but to something much deeper.

In her diary, St. Faustina speaks of praying for her own country of Poland and calling upon Jesus’s mercy to hold back the hand of his justice. She says, “I often pray for Poland, but I see that God is very angry with it because of its ingratitude. … I constantly remind God of promises of His mercy. When I see His anger, I throw myself trustingly into the abyss of His mercy, and I plunge all Poland in it, and then He cannot use His justice.” (Paragraph 1188)

Sadly, we all know what happened to Poland after her death in 1938. In 1939, the Nazis set off World War II by invading Poland; they razed Warsaw while building Auschwitz. After the war’s end, the Soviets took over and the brutality did not end until Poland found freedom in 1989 with the toppling of the Berlin Wall. It is difficult to imagine what else more catastrophic could have happened to Poland, but we know that God’s way are not ours. Perhaps many of the graces from St. Faustina’s prayers helped people like St. Maximilian Kolbe to make his ultimate sacrifice or Karol Wojtyla to be shaped into the man who became pope and helped end the Soviet empire.

Reading through St. Faustina’s Diary offers four suggestions for how we can pray for America now and in the future.

1. Unite Yourself to Christ at Mass

This is a recurring novena that Faustina prayed for Poland. The first time it is mentioned, Faustina explains that something calamitous was going to happen to a city in Poland – most likely Warsaw – as a chastisement for the sins similar to those “which God punished Sodom and Gomorrah.”

She says, “I saw the great wrath of God and a shudder pierced my heart. I prayed in silence. After a moment, Jesus said to me, “My child, unite yourself closely to Me during the Sacrifice and offer My Blood and My Wounds to My Father in expiation for the sins of the City. Repeat this without interruption throughout the entire Holy Mass. Do this for seven days.” [Here the request is for just seven days, not the typical nine for a novena – this is good for those of us who can never start a novena on time.]

After seven days, Faustina explains, “I saw Jesus in a bright cloud and began to beg Him to look upon the city and upon our whole country. Jesus looked [down] graciously. When I saw the kindness of Jesus, I began to beg His blessing. Immediately Jesus said:For your sake I bless the entire country.”(Paragraph 39)

Later, Our Lady came to Faustina with a similar request: “For nine days receive Holy Communion in atonement and unite yourself closely to the Holy Sacrifice of the Mass. During these nine days you will stand before God as an offering; always and everywhere, at all times and place, day or night, whenever you wake up, pray in the spirit. In spirit, one can always remain in prayer.”(Paragraph 325)

And then finally, Saint Barbara visits Faustina with the same request. She “recommended that I offer Holy Communion for nine days on behalf of my country and thus appease God’s anger.” (Paragraph 1251)

2. Pray the Litany of the Saints

In prayer, Faustina heard this from Jesus:“Make a novena for your country. This novena will consist of the recitation of the Litany of theSaints.”(Paragraph 59)

After praying the litany, Faustina says she “saw a great radiance and, in the midst of it, God the Father. Between this radiance and the earth I saw Jesus nailed to the Cross in such a way that when God wanted to look at the earth, He had to look through the wounds of Jesus. And I understood that it was for the sake of Jesus that God blessed the earth.” (Paragraph 60)

3. Beg for Mercy for the Innocent Who Suffer

After praying in adoration for Poland, Faustina says that a pain pierced her soul and she began to pray, “Most merciful Jesus, I beseech You through the intercession of Your Saints, and especially the intercession of Your dearest Mother who nurtured You from childhood, bless my native land. I beg You, Jesus, look not on our sins, but on the tears of little children, on the hunger and cold they suffer. Jesus, for the sake of these innocent ones, grant me the grace that I am asking of you for my country.”

At the end of her prayer, Faustina says that she “saw the Lord Jesus, His eyes filled with tears and He said to me,You see, My daughter, what great compassion I have for them. Know that it is they who uphold the world.”(Paragraph 286)

4. Pray the Chaplet of Divine Mercy

Of course, whether you have read St. Faustina’s Diary or not, you are likely familiar with the Chaplet of Divine Mercy. It shouldn’t be surprising that it is among the prayers for Poland.

In the diary, Christ asks Faustina specifically to have everyone in her convent to pray it together for the country. He says,“I want all of the sisters and wards to say the chaplet which I have taught you. They are to say it for nine days in the chapel in order to appease My Father and to entreat God’s mercy for Poland.”(Paragraph 714)

Everyone is invited to prayer the Chaplet novena in anticipation of Divine Mercy Sunday, starting on GoodFriday, but starting one nine days before the election isn’t a bad idea either.

And while yes, St. Faustina might have more pull than most of us, it is hopeful to see the efficacy that one soul can have to expiate sin and bring many graces upon a much-beloved country.

The Candidates and Economics: Whos...