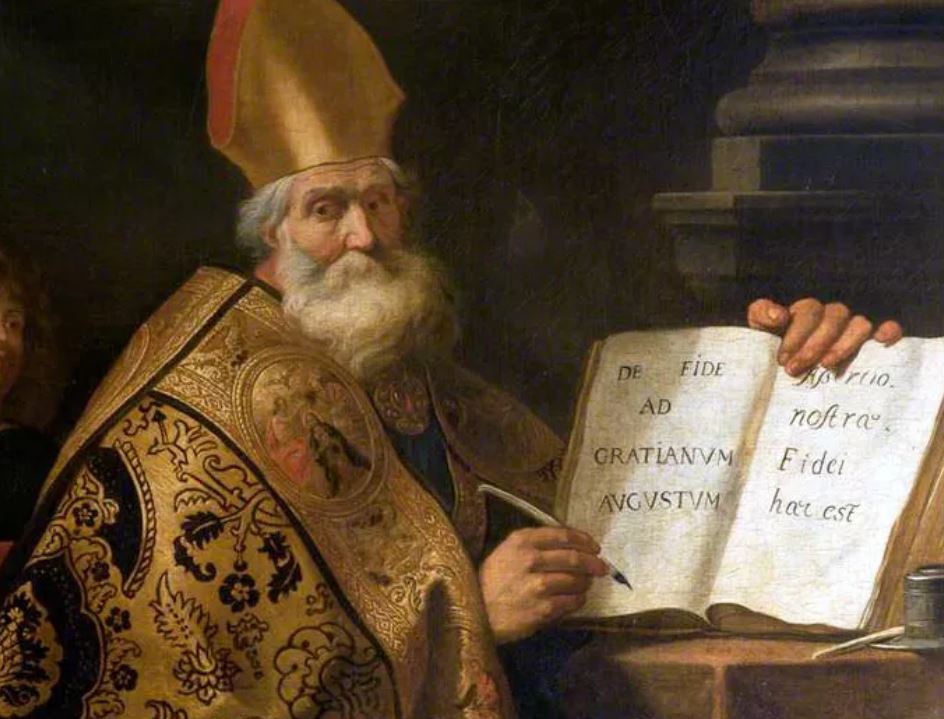 Why I love the Fathers of the Church — and why you should too.

Previously, I have offered some reasons why we, as those in the Church who want to know our faith better, should get to know the lives and the writings of the Fathers of the Church. I presented the first five reasonsin this article, and now I offer you five other reasons why we should love the great writers of the Apostolic and Post-Apostolic age.

6. The Fathers teach us to be fearless.These pastors, these shepherds of souls were truly, utterly, entirely fearless. They feared God, not man, and suffered, both physically and in their reputation, for the true faith. For example, Saint Cyprian of Carthage was ordained a priest and bishop soon after his baptism and he served as a bishop, caring pastorally for his flock, until he was martyred in AD 258. During the great persecutions of Christians under Emperor Decius, Cyprian, in exile, wrote pastoral letters instructing the people of God in Carthage. Under the Emperor Valerian, Cyprian was condemned to death. Upon receiving his death sentence, he responded “Deo gratias!” (“Thank God!”) Examine the heroic life of Saint Maximus the Confessor —this great saint, in his battle against Monothelitism, a heresy which taught that Our Lord had only one will, had his tongue cut out and his right hand severed to stop his orthodox teaching, all at the order of Emperor Constans II. These preachers were truly brave in their actions and in their faith,and taught the truth no matter what opposition they faced. Would that my brother clerics and I all have that courage!

7. The Fathers teach us to love clear doctrine.Saint Athanasius faced what seemed to be an impossible situation. There was a priest from Alexandria in Egypt named Arius who took the Prologue of the Gospel of John and really misinterpreted it. Arius taught that there was God, and this uncreated God, who existed from all eternity, created only one thing —the Logos. This Logos, who could be called God, or the Son of God, then created all things. For Arius, there was no concept of the Most Blessed Trinity. And Jesus, according to Arius, was an intermediary figure, neither fish nor fowl, neither divine nor human, because the active principle of Jesus’ soul, hisnous, was replaced by the Logos. The sad thing was that many, many Christians believed Arius over the true Catholic faith as was taught by Athanasius and this large number of misled Christians included many bishops. It was truly “Athanasius contra mundum,” “Athanasius against the world,” but his untiring desire for clear doctrine led to the Council of Nicaea’s Creed, which, as the Symbol of Faith, simply and directly is used by Christians throughout the world to profess the faith of the one, holy, catholic and apostolic faith.

8. The Fathers teach us to love the Blessed Virgin Mary.The Fathers love the Mother of God. There was a heretic by the name of Nestorius who taught that Mary was onlyChristokos(Christ-bearer), not theTheotokos(God-bearer). In other words, Our Lady was not the Mother of God, as she only gave birth to the human nature of Jesus. Saint Cyril of Alexandria fought tirelessly against this tremendous theological error. In a letter correcting Nestorius, Cyril writes: “for our sake and for our salvation, he assumed his human nature into the unity of his Person and was born of a woman; this is why it is said that he was born according to the flesh.” (Cyril of Alexandria,Letter II to Nestorius)Cyril was able to preserve a proper understanding not only of Mary, but also of Christ. Mary could not give birth to a nature- she gave birth to a Person, a Divine Person who has two natures, human and divine. There is no division in Our Lord, but perfect unity. This understanding is essential —salvation depends on Jesus’ two natures, human and divine, which is united in his one Person. Our Blessed Lady is an essential figure in salvation history and is worthy of the title of the Mother of God. We have the great Father of the Church, Cyril of Jerusalem, to thank for clarifying this understanding.

9. The Fathers teach us how to interpret Sacred Scripture.Most of the literature we have from the Apostolic and Post-Apostolic Fathers are their homilies, which offer some of the best biblical exegesis imaginable. Examine Saint Augustine’sTractates on the Gospel of John. His sections on the man born blind and the woman at the well are among Augustine’s finest writings. Basing his thinking on the Fathers of the Church, Henri Cardinal de Lubac, in his workMedieval Exegesis, taught that, in order to understand Sacred Scripture, we need to know that there are four senses that we need to use. These are the literal, the allegorical, the moral and the analogical. TheCatechism of the Catholic Church118 cites a medieval couplet which summarizes these four senses:Lettera gesta docet, quid credas allegoria, moralis quid agas, quo tendas anagogia. (The Letter speaks of deeds; Allegory to faith; the Moral how to act; Anagogy our destiny) or to put it another way, A simple poem attributed to Augustine of Dacia captures the medieval commitment to the four senses of Scripture: “The letter teaches events; allegory what you should believe; morality teaches what you should do, anagogy what mark you should be aiming for.” The Fathers of the Church are among the best scriptural exegetes in history.

10. And finally, the Fathers teach us how to be saints.They were all about holiness of life and, as true pastors of the faith, are all about getting their flock to heaven along with them. In his classic text,Jesus of Nazareth, Pope-Emeritus Benedict XVI stated: “The saints are the true interpreters of Holy Scripture. The meaning of a given passage of the Bible becomes most intelligible in those human beings who have been totally transfixed by it and lived it out.” Each of the Fathers, in his own way, was about teaching deification, the Christian partaking of and participating in the divinity of Christ. Saint Clement of Alexandria stated:

For I want, I want to impart to you this grace, bestowing on you the perfect boon of immortality; and I confer on you both the Word and the knowledge of God, My complete self. This am I, this God wills, this is symphony, this the harmony of the Father, this is the Son, this is Christ, this the Word of God, the arm of the Lord, the power of the universe, the will of the Father; of which things there were images of old, but not all adequate. I desire to restore you according to the original model, that ye may become also like Me. I anoint you with the ungent of faith, by which you throw off corruption, and show you the naked form of righteousness by which you ascend to God… And if what belongs to friends be reckoned common property, and man be the friend of God — for through the mediation of the Word has he been made the friend of God — then accordingly all things become man’s, because all things are God’s, and the common property of both the friends, God and man.

It is time, then, for us to say that the pious Christian alone is rich and wise, and of noble birth, and thus call and believe him to be God’s image, and also His likeness, having become righteous and holy and wise by Jesus Christ, and so far already like God. Accordingly this grace is indicated by the prophet, when he says, “I said that ye are gods, and all sons of the Highest.” For us, yea us, He has adopted, and wishes to be called the Father of us alone, not of the unbelieving. Such is then our position who are the attendants of Christ.(Exhortation 12)