5 Ways of Dealing With Anti-Catholic Bigotry, According to Al Smith 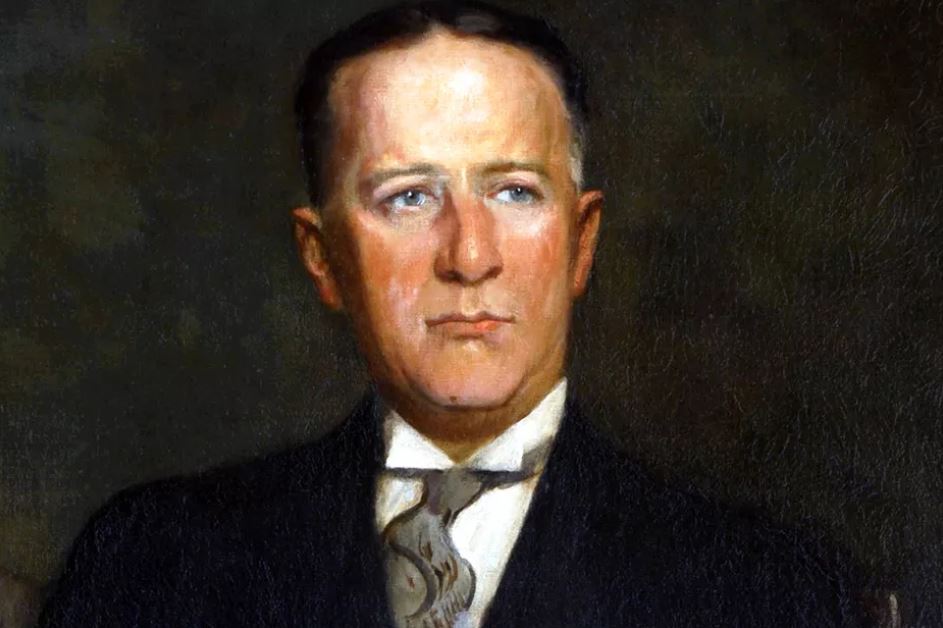 5 Ways of Dealing With Anti-Catholic Bigotry, According to Al Smith

COMMENTARY: The Catholic politician ran for president almost 100 years ago. The way he responded to attacks on his faith offers five lessons for our own engagement in politics — and in arguments about politics.

It’s usually offered in indirect but aggressive ways. Behind a lot of American political arguments is the belief that Catholics don’t belong in the political world — unless we’re willing to set our faith aside.

It comes out in claims like calling the commitment to the unborn child’s right to life “a Catholic issue.” We’re said to be imposing our values. We point out that we’re arguing on purely secular grounds, and an atheist should say what we’re saying. No matter how many times we do that, someone tries to push us out of the discussion by saying we’re dragging religion into it.

It comes out in demands that Catholic institutions (and other Christian groups) provide contraceptives to their employees. They claim that’s standard medical care and won’t listen to any argument that it isn’t. Again we’re accused of imposing our values, this time in order to discriminate against women. We appeal to the First Amendment’s protection of religious freedom. They claim that the amendment doesn’t protect any action they disagree with.

The Democratic Party’s platform includes the “contraceptive mandate” as an “essential.” The party declares it “will protect the rights of all people to make personal health care decisions, and will reject the Trump Administration’s use of broad exemptions to allow medical providers, employers, and others to discriminate.”

There we see two of the rhetorical tricks secularists pull. The first declares that anything the secular world disagrees with must be religious and therefore invalid. We appeal to universal truths; they howl that we’re forcing our religion on other people. The second rhetorical trick declares that the Constitution only protects the “freedom to worship.” It doesn’t protect believers’ freedom to live out their faith in the world.

We can get some help from a man who dealt with Protestant bigotry almost 100 years ago. New York Gov. Al Smith was running for the Democratic nomination for the presidency. The first Catholic to run for president for a major party, he lost in part because so many Americans still felt such prejudice against Catholics. The Republican and Protestant Herbert Hoover won.

The Atlantic ran an “open letter” to Smith in its April 1927 issue. The writer, Charles C. Marshall, was a lawyer and Episcopalian, and his open letter being published in The Atlantic carried the authority of the WASP establishment.

Marshall’s entire letter implies that the Church poses a special problem for political life. It doesn’t fit in. He addresses Smith in the article, insisting that the Catholic politician prove that it can fit in.

As today, the elite publications packaged in nicer language the prejudices of the mob. The Atlantic article is 5,300 words long and written in the kind of faux polite way of a man who puts an arm around your shoulder and furrows his brow in concern for you, while punching you in the gut with the other arm. Many of Marshall’s criticisms are of the “Why are you still beating your wife?” sort.

He attacked Smith’s Catholicism and therefore his suitability to be president, with all sorts of claims that “It is obvious” and “nothing could be clearer” — after which followed very dubious claims, the claims of a prosecuting attorney not entirely concerned with being fair to the prosecuted. He closed with an oily declaration wishing that Smith would prove himself innocent — which of course implied that Smith looked guilty.

Smith’s response appeared in the next issue and was almost as long as Marshall’s. He drew upon the aid of a learned priest, and one “whose patriotism neither you nor any other man will question.” Father Francis Duffy had served as a battlefield chaplain in World War I and earned the Distinguished Service Cross and other honors. (The priest wrote Father Duffy’s Story about his experiences. And — your trivia for the day — the south end of Times Square is named after him.)

The way Smith responded to Marshall’s prejudicial questioning offers five lessons for our own engagement in politics — and in arguments about politics.

First, Smith responded. It must have been a bother to do, for a man who was governing a large state and beginning to run for president. But he took the chance to challenge the bully and explain the Catholic position to a new audience. “My first thought was to answer you with just the faith that is in me,” he writes. “But I knew instinctively that your conclusions could be logically proved false.”

And he responded as a man who knew what he was talking about. He appealed to his own experience of holding office, and to the history of Catholics in American public life. It’s not the strongest argument, but it had weight. In his own political life, he followed his Church and he served as governor to all the people of his state.

Second, Smith responded politely, but not deferentially. He did not pretend that Marshall made a good case. Marshall, he says, took his arguments from the “limbo of defunct controversies.” He began his response to Marshall’s charges by challenging his honesty. “I must first call attention to the fact that you often divorce sentences from their context in such a way as to give them something other than their real meaning.”

Marshall, for example, claimed a line from an article in the Catholic Encyclopedia showed that the Church taught Catholics not to tolerate other people’s beliefs. Smith explains, with quotes, that the line requires that Catholics accept Catholic teaching. It says nothing about other people. This implies that Marshall didn’t bother to read it all, because he was looking for ammunition, not truth.

Third, Smith drew upon and quoted at length his Church’s authorities. He drove home the point that the Church has spoken on the issues of intolerance and Catholics in political life, often and clearly. He made sure his readers knew what the Church said, since people like Marshall lied about it.

He quotes them to show both the Church’s teaching on religiously diverse nations and her teaching on the kind of religious freedom America offers. Of the first, the teaching he quoted says that the reality of diversity requires tolerance. Of the second, the teaching praises freedom of religion and of conscience. Smith doesn’t quite say, but implies, that both require the fair and just treatment of Catholics and their right to participate in politics and public life.

Fourth, Smith quickly dismissed the sillier charges.He does not act as if they were serious enough to rebut at length. The criticism was a kind of show trial and he was not going to try to save his life by groveling.

Marshall worried (or pretended to worry) that parochial schools taught intolerance. Smith just says they don’t. Marshall claims that Church annulling of marriages interferes with the state’s jurisdiction over marriages. Smith points out that annulment only establishes the position of the two parties in the Church.

Marshall claims the Church wanted America to intervene in Mexico, when the new government persecuted the Church. Smith spends a few more words on this charge, quoting the American bishops who said the U.S. had no authority to call for armed intervention in another country’s affairs — but they did have authority to warn against the effects. He added that Catholics do have the duty to call the nation “to help the oppressed of any land.”

Fifth, Smith insisted that the Church be treated as every other religion. In particular, he wanted to see the Church on an equal footing, politically, with mainstream Protestantism, which was America’s default religion at the time. (And it still is, if you consider secularism as a development of liberal Protestant principles.) In explaining that he expected the government to aid oppressed Catholics in other countries, he pointedly added that “as those good offices have been so often used for the protection of Protestant missionaries in the Orient and the persecuted Jews of eastern Europe.” Fair, Smith insists, is fair.

Smith gives us a model for speaking as Catholics in the public square, when others — some far blunter and more bigoted than Marshall — try to exclude us. Many Catholics would stay at the edges of the public square. Alfred Smith marched into the middle with a rosary and a bullhorn, and started arguing.