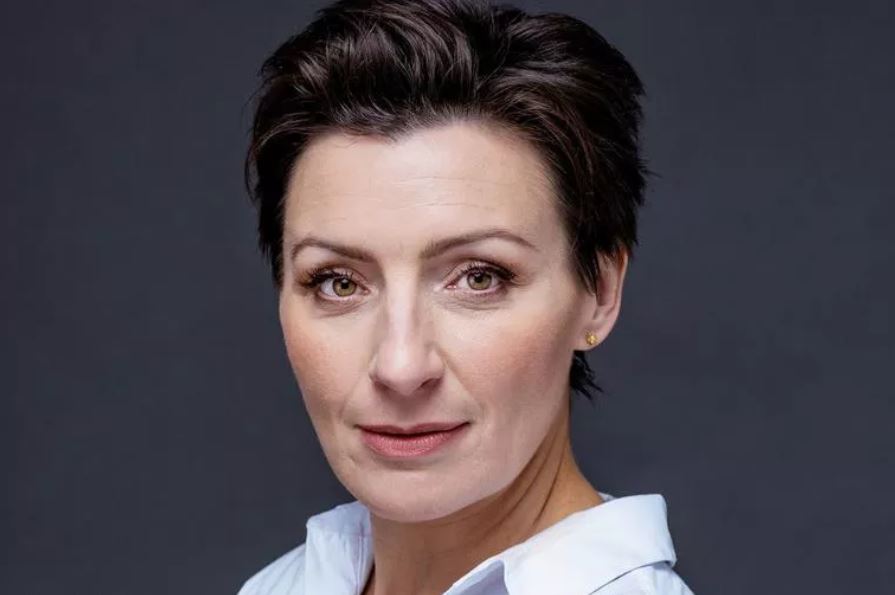 Natasha Howes: ‘The gentle, guiding hand of Our Lady brought me back to God.’

“To release a movie during the pandemic has been a blessing!”

This was the surprising opening to the Register’s conversation with film producer Natasha Howes about the recently released film Fatima.

“Now,” she emphasized, “is the right time for Fatima.”

Reflecting on seer Lúcia and her later writings, Howes said, “We recognized that there was an incredible story behind this miracle, the story of the children and their experiences of the Virgin Mary, as well as the persecution within their homes and their local communities, by the government and the Church,” she said. “But they [the Fatima seers] all remained true to their mission. … We continue to relate to Lúcia and her quest.” As she pointed out, “We have entered the next 100 years in the timeline of this story, and whilst the [Third] Secret has been revealed, and some say fulfilled, the relevance of a message of peace designed to encourage all people to grow in faith, hope and love is surely what the world needs now more than ever.”

Howes spoke to the Register last month from her home in British Colombia. She is, however, a native of another Britain, having been born and brought up in the English West Midlands. Although baptized Catholic, she drifted from her faith as a young woman. “I was raised as a Polish Catholic in Birmingham, England, and so attended church as a young child with my mother. My father’s family were Methodists, and I would occasionally attend Sunday service in a more English tradition,” she explained.

However, it was on account of her parents’ divorce that she stopped attending any church service. The young Natasha was, she recalled, “fearful of God, and even more of the vision of the suffering Christ on the cross,” adding, “After a challenging youth, and with little spiritual direction, I floundered in the secular world; [I was] still living with that fear.”

So how did a non-practicing Catholic end up producing this year’s very Catholic film release?

“Fatima has been the primary influencer in my faith journey,” she explained.

“It was the gentle, guiding hand of Our Lady that brought me back to God. The Blessed Mother has proven to be a most powerful intercessor, and I have received many blessings through devotion to her.”

Having previously “pursued secular stories and ambitions as a filmmaker,” Howes has spent the last 15 years working on film projects related to Fatima. The latest Fatima-inspired project — Fatima — is the second such film about the events of 1917 on which Howes has worked. “My faith has been inspired and awakened by focused attention on this miraculous story. Fatima, and the Blessed Mother, found me with the first film: The 13th Day (2009),” she said. Her involvement in that film came about as a result of the influence of Catholic family friends “who held a deep devotion to Fatima and wanted to find a way to show the world that heaven had proclaimed itself in the form of a modern-day miracle within our recent history.”

Although that film found an audience, this latest Fatima-themed film is markedly different in terms of scale, scope and budget.

When producer James T. Volk and his partner, Dick Lyles, founded the film company Origin Entertainment, they were looking to make films that would be transformative entertainment, inspiring audiences to create a better world.

“When I heard about the events at Fatima, I was blown away,” said Volk. “I thought everyone should know about it. A lot of people who grew up Catholic know this story, but someone like me, who grew up in evangelical churches, is unlikely to be aware of it.” Still, he thought: “This story can be a universal bridge between people of all faiths. The innocence of these three kids helped spread a message of peace and hope to an entire generation. Perhaps it can do that again today.” So Origin Entertainment optioned the rights to remake the 1952 Warner Bros. film The Miracle of Our Lady of Fatima.

Soon, Howes was added to the production team, being recognized as an expert on the subject because of her work on The 13th Day. The new producers felt a 21st-century makeover was needed, with a focus on the children as harbingers of hope and purity.

“Part of my role on this film was to ensure that we retained the historical authenticity of the story,” said Howes. In the end, the film’s development period proved extensive, “not only to find investors who shared the same vision,” she explained, “but also to gain the trust of the key religious authorities in the field to support the project.

“I had worked with the Shrine of Fatima on The 13th Day and so was already known to them,” Howes continued. “The shrine created an advisory team with whom we consulted throughout the process [in order to gain] its official endorsement to confirm that as an artistic interpretation we remained true to the meaning and message of Fatima while also creating a commercially viable film that could cross over into the mainstream.”

“Fatima is a phenomenon,” she said, “and with that comes responsibilities and expectations. We wanted to make a movie that was both an homage to Fatima that would satisfy and inspire the core audience as well as being accessible to people of all faiths and none.”

Now, she, along with others, is in the process of setting up a new film production company, Matriarch Pictures. Naming the new company “in honor of the Blessed Mother,” Howes is hoping “to develop and produce content which is female-, family- and faith-focused,” with a 2021 launch.

Whatever the future may hold for Howes professionally, the influence of Fatima will continue to resonate: “Through Fatima I found a gentle, nurturing love in the Blessed Mother that opened my heart to the possibility of learning more about the tenets of the faith, the teachings of Christ and the love of God.”

This Heroic Polish Doctor Was Pers...

Our Lady and the Conversion of Mus...