A Good Woman is Hard to Find: The ‘Racism’ of Flannery O’Connor 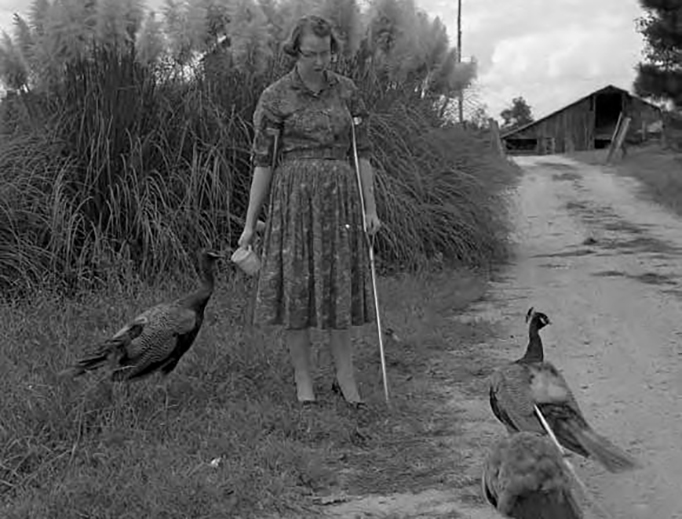 A Good Woman is Hard to Find: The ‘Racism’ of Flannery O’Connor

Flannery O’Connor was better than most, irrespective of the demons that she fought and which, for the most part, she exorcised.

In the June 22 issue ofThe New Yorker, Paul Elie asks the thorny and controversial question: “How Racist was Flannery O’Connor?”

In seeking to answer this question, Mr. Elie is mercifully and refreshingly restrained in his approach to the topic, refusing to succumb to the level of self-righteous judgmentalism that seems all too often to characterize any accusation of racism, whether such an accusation is leveled against individuals or “systems”.

Flannery O’Connor, the author of two novels and many short stories, was described by theNew York Timesas “one of the nation’s most promising writers” in its obituary of her, published after her untimely death of lupus in 1964 at the tender age of only 39. Mr. Elie considers her “as canonical as Faulkner and Welty”: “More than a great writer, she’s a cultural figure: a funny lady in a straw hat, puttering among peacocks, on crutches she likened to ‘flying buttresses’.” The farmhouse in which she lived and wrote is a popular attraction, open for tours, and her visage has appeared on a stamp issued by the US Postal Service. In addition to her literary works, which remain perennially popular, her published essays and correspondence continue to inspire writers and critics alike. A recent documentary, “Flannery: The Storied Life of the Writer from Georgia,” reflects the continuing fascination of the reading public with this most enigmatic of writers.

Now, however, some previously unpublished letters and postcards, only made available to scholars since 2014, have shown O’Connor as being “a bigoted young woman”. There’s no denying that the offending passages illustrating her racism will be truly offensive to anyone who insists on the inherent dignity of every human person, irrespective of skin color, and it’s additionally shocking that such racism should be present in a practicing Catholic who is at once eloquent and erudite in her understanding and exposition of the Christian faith.

In an excellent response and riposte to Mr. Elie, published on June 24 inFirst Things, Jessica Hooten Wilson makes a spirited defense of O’Connor:

Elie does not show us the other side of O’Connor: the O’Connor who was an integrationist, if a gradualist one; who had black friends in Iowa and New York; who was close with activists such as Father McCown and Tom and Louise Gossett, and twice invited John Howard Griffin to visit her home; who kept a portrait of Louise Hill, her mother’s African American housemaid, in her room; who reviewed a biography of the African American minister Richard Allen and declared it would transform readers. Elie omits all these details.

“Most important,” Dr. Wilson writes, “Elie does not sufficiently examine O’Connor’s fiction, much of which condemns racism.”

Nonetheless, and accepting that Dr. Wilson is correct in her assertion that O’Connor “exorcised the demons that possessed her” through her fiction, she doesn’t deny that O’Connor used “inexcusable racial slurs” in private correspondence.

What, therefore, are we to make of this revelation of racism, however mitigated it might be by other factors, and how should it impact our reading and reception of Flannery O’Connor’s work?

These are good and important questions which touch upon issues of universal and perennial relevance, transcending and superseding the specific case of O’Connor’s own racism. Should we read the works of writers who are racist or who exhibit other views and tendencies which we find unpleasant or anathema? Should we seek to have their works banned so that nobody else can read them? Or should we read a work for its literary excellence, for its goodness, truth and beauty as a work of art, irrespective of the character flaws or objectionable beliefs of the author?

Should T. S. Eliot’s description of himself as a classicist, royalist and Anglo-Catholic render him verboten to those who consider themselves romantics, republicans or atheists? Should the support of the mass murderer Josef Stalin by writers, such as Jean-Paul Sartre, H. G. Wells and George Bernard Shaw, preclude their works from being read?

So much for politics. What about the moral behavior of authors? Should we treat their books as badly as they treated the people in their lives? Should the fact that Oscar Wilde deserted his wife and two young sons to pursue a life of lechery cause us to call for a ban on his books? Should the works of Simone de Beauvoir be banned because she sexually abused her students?

This litany of questions illustrates that we should not judge the work of any writer or artist on the basis of the flaws of his character or the worldview he espouses. A work should be judged by its artistic merit and not by any defects, real or imagined, in the life and ideas of the artist. If this principle is not held to be valid, indeed sacrosanct, we will be banning books from the school syllabus on political grounds, which is happening widely already. Such witch hunts always end in iconoclasm and the persecution of those whom we refuse to tolerate, making them scapegoats to assuage the cannibalistic demands of our own pride and prejudice. This is why it is such a short step from the banning of books to the burning of books.

Flannery O’Connor was not perfect. She was a miserable sinner like the rest of us. Like the proverbial “good man” of her best-known story, a good woman is hard to find. We must learn to live with our neighbors, for better or worse. Flannery O’Connor was better than most, irrespective of the demons that she fought and which, for the most part, she exorcised.