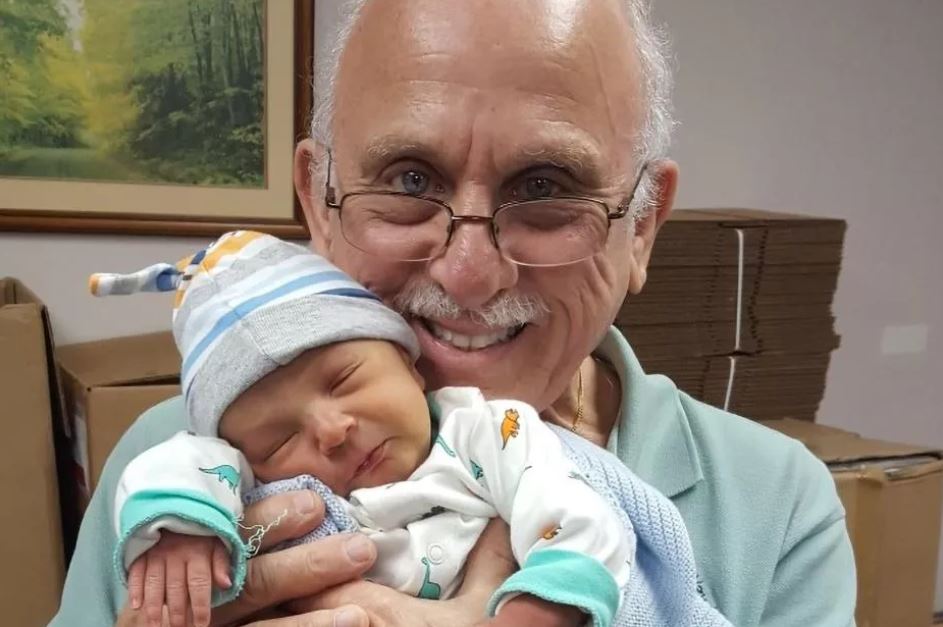 Nick Silverio’s ‘A Safe Haven for Newborns’ apostolate has been a lifeline to those in crisis.

Pro-lifers are often accused of merely being “pro-birth” and therefore negligent of the needs of mother and child post-partum. My friend, Nick Silverio is living proof that being pro-life extends well beyond birth. Nick is the founder ofA Safe Haven for Newborns, a 501(c)(3) non-profit based out of Miami, Florida. Nick’s goal has been to save one child from the scourge of infant abandonment, Safe Haven has saved 327 (and 1 child in Honduras).

I was blessed to meet Nick about six years ago. He joined the Order of St. Lazarus, of which I am also a member. He was looking for a partner for his ministry and ourGrand Priorywas more than happy to help. I was immediately attracted to the mission of Safe Haven, as it was the first time that I was informed of the real peril of infant abandonment. We all know the cliché story about some unwanted child being left at the doorstep of a monastery or convent but we rarely take it seriously. There are current estimates that more than 50 babies a day are abandoned. Some, are safely left at hospitals, fire stations and police stations — and these are the lucky ones. Many are left in dumpsters, alleyways and roadsides and left to die. Nick recognized this tragedy and founded Safe Haven to do something about it.

He founded Safe Haven to honor the memory of his beloved wife, Gloria. If there was ever a love story worth telling it would be the story of Nick and Gloria. They were married for 32 years and despite their immense love for children, they were unable to have children of their own — but they loved and cared for 14 godchildren and numerous nieces and nephews. Gloria spent her life working with children and the elderly and it was her compassion and love for the marginalized that left a lasting impression on Nick. When Gloria died as a result of an automobile accident, Nick was searching for what to do next. He had built a successful IT company, but now it was time to build something else. Nick founded the Gloria M. Silverio Foundation and set about the work of caring for those newborns in danger of abandonment.

Since 2001, Safe Haven has saved over 300 newborns and assisted more than 5,000 young women in crisis pregnancies. They have worked with local political, and charitable organizations to build awareness of the issue of infant abandonment and have expanded to offer educational courses for professional training. Recently, they developed a community service app (Android and Apple iOS) to educate high-school and college students about this life-saving program while they earn their required hours.

The “bread and butter” of their operation is their 24-hour confidential helpline (bilingual English/Spanish). The helpline has been a lifeline to those in crisis. One story, among many, stands out: Seventeen years ago a young woman knocked on the door of a fire station with her newborn. She handed her baby over safely because of a call she had made the day before to A Safe Haven for Newborns. The mother also gave two letters to give to the baby’s adoptive parents. Gloria Hope is now 17 years old and checks in with “Uncle Nick” to tell him that she’s on the honor roll. Without Safe Haven, Gloria Hope’s story may have been tragically different.

It has been an absolute blessing to my life to help in the work of A Safe Haven for Newborns. We all need people in our lives to inspire us to do more for the cause of life. For me, that person has been Nick Silverio. His faith and dedication to the dignity of all lives, born and unborn, has been an inspiration. Nick is working to expand his Safe Haven programs into other states and he shows no signs of stopping. If there’s any way thatyoucan help the mission of A Safe Haven for Newborns, reach out to Nick and you won’t regret it!

Who is the Morning Star in the Bib...