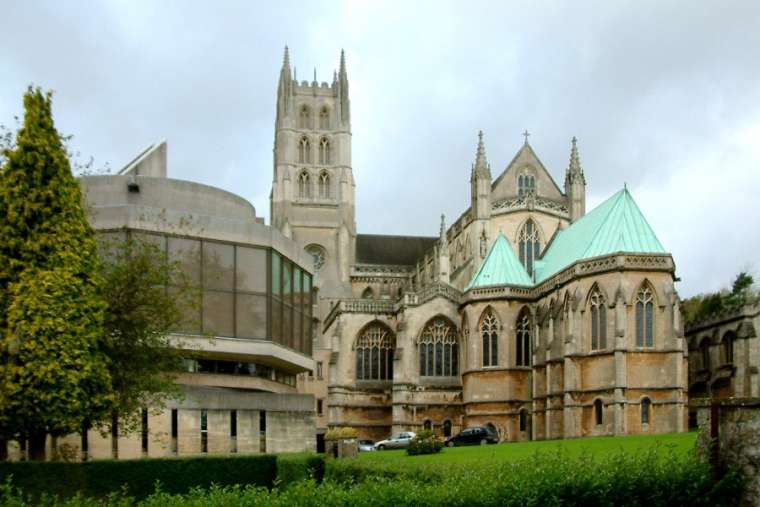 An English Benedictine community’s decision to leave their home for the past two centuries will allow members to focus on core monastic principles, the abbot said Tuesday.

Abbot Nicholas Wetz told CNA Sept. 1 that the monks voted unanimously to move out of Downside Abbey in Stratton-on-the-Fosse, Somerset, but that it was “an incredibly difficult decision.”

“The community spent many months trying to discern what to do and where the Holy Spirit was leading them, and, in the end, took the unanimous decision after much prayer and many, many meetings,” he said.

“There was a deep desire to focus on what was truly important to them as Benedictine monks. While it was a very hard decision, they made it in a very positive spirit because they see it as an opportunity to return to some of those monastic principles.”

Wetz was sent to Downside Abbey two years ago to serve as prior administrator. He was elected abbot Aug. 26 for an eight-year term. His most pressing task is to find a new home for the community, which was established in Somerset in 1814.

The monks’ decision to leave was greeted with dismay because of Downside’s historic role in the revival of English Catholicism. Originally founded in 1606 at Douai, in the Spanish Netherlands, Downside Abbey is the senior Benedictine monastery of the English Benedictine Congregation.

The abbey church, one of only four minor basilicas in England, is a Grade I listed building, a designation reserved for structures of “exceptional interest.” The abbey has a library with around 450,000 items and also houses the archives of the English Benedictine Congregation.

Monks associated with the abbey include Bishop William Ullathorne, a pioneering 19th-century prelate, Bishop Christopher Butler, a Scripture scholar who played a significant role at the Second Vatican Council, and Dom David Knowles, an expert on English monasticism.

But today the community has shrunk to just eight resident monks.

“The house was designed and built for a community of 50-plus, but that’s a distant memory now. We are facing up to the fact that it’s time for us to downsize,” Wetz said.

Another factor was the end of the longconnection between the community and Downside School. The school was run by monks after it was established in Somerset in 1814. But following a scathingreportby the Independent Inquiry into Child Sexual Abuse in 2018, the Charity Commission for England and Wales oversaw theseparation of the school and abbeyin September 2019.

The abbot said: “Our lives are essentially lives of prayer and saying the Office. That’s very important to us. Being Benedictines, of course we have work. The question is what sort of work, now that the school is no longer part of that responsibility. So we’re looking to see how we can reach out in different ways.”

“The core of everything is our monastic life. That’s got to be central. And I think we were spending so much time worrying about how we were going to run a huge site like this.”

Wetz emphasized that the monks would take care of their responsibilities at Downside.

“We’re not abandoning a place in that sense. We’re going to make sure the church is looked after, and the heritage and everything else. So we’ve got a lot of work to do,” he said.

He added: “We do have concern obviously for our parishioners here and staff and volunteers. Hopefully those relationships will continue in some way. It is a wrench, of course.”

Wetz said that, while no decisions had yet been taken, one option might be for the monks to merge with another Benedictine community.

“As a monk of Belmont Abbey, my own appointment as prior administrator and then as abbot has helped us to see a closer association with other houses of our congregation. This may indicate a good direction for Benedictine life in this country,” he suggested.

Asked what the community might look like at the end of his term as abbot, Wetz replied: “I’d like to think that in eight years’ time the community would certainly be in a new location or another Benedictine community. Yes, it may be a different place, but I hope it would be the same monastic life, seeking God in prayer and work, that they sought when they took their vows. It’s being settled, returning to that stability, that we seek.”