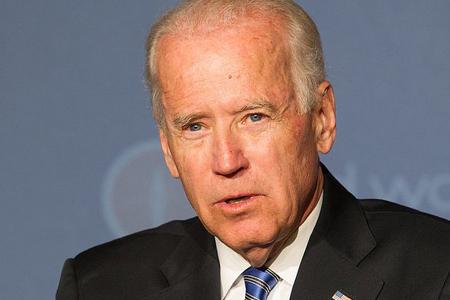 If implemented, the abortion lobby’s sweeping demands would promote abortion on a scale far exceeding the measures undertaken by previous Democratic administrations.

In August, a coalition of 90 abortion groups, including Planned Parenthood, NARAL, and the ACLU, released a document of “first priorities” for the next president. Presumptive President-Elect Joe Biden has already promised to accomplish some of the things on the groups’ wish list, and many of the demands reveal a radical abortion agenda of unrestricted abortion access without conscience protections for those who might object.

In their document, the abortion activists laid out “executive and agency actions for the opening days of an incoming administration,” which included a demand that “the president must issue an executive order unequivocally stating his commitment to protect and expand access to comprehensive reproductive health care, uphold sexual and reproductive rights, including abortion care, in the U.S. and around the world, and rescind or revoke prior executive actions limiting access to care.”

Within this executive order the groups are calling for an end to the Trump administration’s Mexico City Policy that bans federal funding for abortion overseas, and for an end to a 2010 Obama administration executive order that barred federal funds from being used for abortion in the Affordable Care Act consistent with the Hyde Amendment. That executive order also said that “longstanding Federal laws to protect conscience … remain intact and new protections prohibit discrimination against health care facilities and health care providers because of an unwillingness to provide, pay for, provide coverage of, or refer for abortions.” At the time, that concession was a crucial part of winning support from pro-life Democrats to pass Obamacare.

Presumptive President-Elect Biden would be in favor of both of these measures as he has promised to reverse the Mexico City Policy and his healthcare plan stipulated that “the public option will cover contraception and a woman’s constitutional right to choose.”

The abortion groups also demanded that the president “direct the Secretary of Health and Human Services to issue guidance to lift the FDA’s in-person dispensing requirement for mifepristone for the duration of the public health emergency, consistent with similar directives and waivers issued to reduce risk of COVID-19.”

Mifepristone is used for medication abortions and, according to current FDA regulations, put in place by the Clinton administration and modified by the Obama administration, it “must be dispensed to patients only in certain health-care settings, specifically clinics, medical offices and hospitals, by or under the supervision of a certified prescriber,” in order “to mitigate the risk of serious complications” associated with its use. Abortion groups have been citing the coronavirus crisis as justification for their longstanding goal of lifting these restrictions to permit administering these medications through telemedicine without any direct oversight by medical personnel.

Biden has thus far been silent on whether or not he is in favor of expanding access to chemical abortions without direct medical oversight.

Abortion advocates also called for the president to “make a public statement that the U.S. will re-engage on a global scale to advance the health and rights of individuals worldwide, and take action to re-engage fully with the United Nations, including re-joining and re-funding the World Health Organization, and re-funding the UN Population Fund (UNFPA), the UN’s sexual and reproductive health agency.”

The State Department explained last year that the decision not to fund UNFPA is due to its partnership with the Chinese government since “China’s family planning policies still involve the use of coercive abortion and involuntary sterilization practices.” They said that UNFPA openly “partners on family planning with the Chinese government agency responsible for these coercive policies.” UNFPA denies that they are involved in China’s coerced abortions or sterilizations.

In general, the abortion coalition called for the next president’s budget to “demonstrate a commitment to sexual and reproductive health” including by investing $1.66 billion for global family planning and reproductive health programs and $111 million for UNFPA. They demand an end to conscience protections in the budget including the Weldon Amendment, an annual appropriations rider that prevents federal, state and local governments receiving federal funds from discriminating against health-care entities that decline to “provide, pay for, provide coverage of, or refer for abortions.”

They also called for modifying the Siljander Amendment, currently a ban on the use of taxpayer funds for lobbying for or against abortion overseas, to only ban lobbying against abortion. The groups demand that the next president eliminate the Livingston Amendment, which “allows organizations that receive certain government grants to refuse to offer the full range of contraception based on their religious objections” and they want the elimination of “all funding for abstinence-only until marriage programs, including the Title V ‘Sexual Risk Avoidance Education’ program.”

The document said that “the president must nominate and appoint individuals for executive branch positions” who “possess a positive record on reproductive health, rights, and justice, and who will contribute to the diversity of the executive branch.”

Another demand was that the incoming president end the Trump administration’s partial domestic defunding of Planned Parenthood, which barred abortion providers from Title X family planning funds, as well as remove the Trump administration’s conscience protections in Obamacare that exempt religious organizations, like the Little Sisters of the Poor, from the provision of contraceptives, abortifacient drugs and sterilizations in their employees’ health insurance plans. Biden has committed to doing both of these things on the campaign trail.

Within 90 days of taking office, the abortion lobby groups requested that the next president take a number of additional actions including providing illegal immigrant minors access to contraception and abortion, getting rid of the Trump administration’s Conscience and Religious Freedom Division within HHS’s Office of Civil Rights, and that the Department of Justice “end its policies and practices that place people at risk of criminal charges for any act or omission with respect to their own pregnancy” including “self-managing or attempting to self- manage an abortion; failing to seek medical help when they miscarry, have a stillbirth, or experience any pregnancy loss, no matter its cause; using substances, whether prescribed, over-the-counter, or criminalized, during pregnancy.”