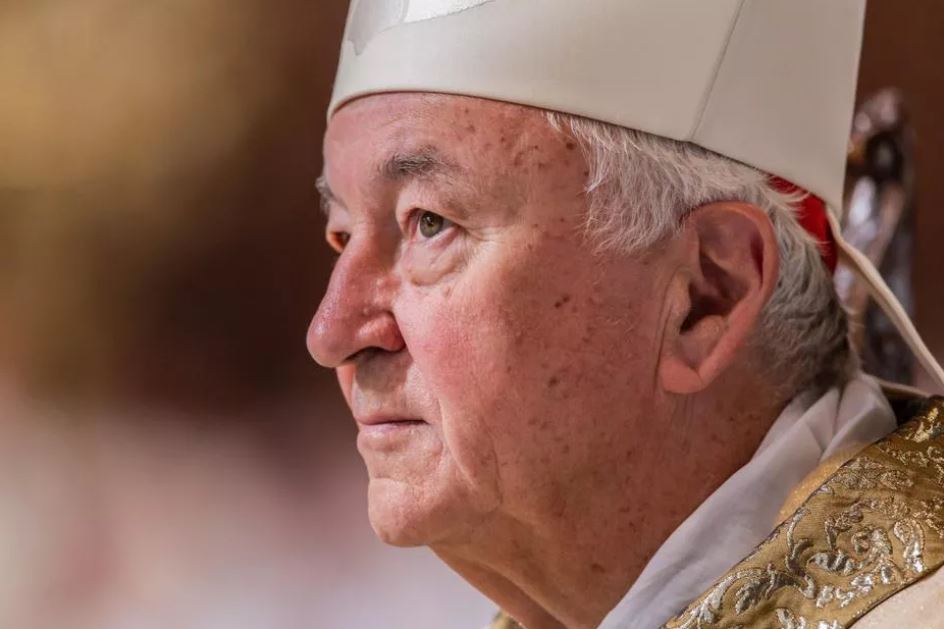 In a Nov. 11 statement, Cardinal Nichols said that the findings marked “an important moment in our safeguarding journey in the Catholic Church.”

LONDON, England — Catholic leaders promised to reform safeguarding procedures Tuesday following the publication of a highly critical independent report on child abuse within the Church in England and Wales.

The 147-page report published Nov. 10, the same day as the McCarrick Report, accused Cardinal Vincent Nichols of failing to accept “personal responsibility” or “demonstrate compassion towards victims” during a public hearing.

The Independent Inquiry into Child Sexual Abuse (IICSA) report said that the president of the Catholic Bishops’ Conference of England and Wales “did not always exercise the leadership expected of a senior member of the Church, at times preferring to protect the reputation of the Roman Catholic Church in England and Wales and in Rome.”

In a Nov. 11 statement, Cardinal Nichols said that the findings marked “an important moment in our safeguarding journey in the Catholic Church.”

“The report will now inform the ongoing reform and improvement of safeguarding in all aspects of the Church’s life,” he said in a joint statement with Archbishop Malcolm McMahon of Liverpool, vice-president of the English and Welsh bishops’ conference.

The two churchmen apologized for the Church’s failure to listen to or support abuse victims and survivors, as outlined in the report.

“By listening with humility to those who have suffered, we can contribute to the healing of the wounds of abuse, as well as learn from those most directly affected how we must improve the Church’s safeguarding standards, policies and procedures,” they said, adding that bishops would discuss the report at their plenary assembly next week.

Professor Alexis Jay, who led the inquiry, singled out the Vatican for criticism.

“Even today, the responses of the Holy See appear at odds with the Pope’s promise to take action on this hugely important problem,” she said.

The report noted that the Vatican had provided only “very limited information” to the inquiry, much of which was already in the public domain.

“The Holy See’s limited response on this matter manifestly did not demonstrate a commitment to taking action. Their lack of cooperation passes understanding,” it concluded.

IICSA was first announced by the U.K.’s then Home Secretary Theresa May in 2014 in the wake of high-profile child abuse cases. The independent statutory inquiry is also investigating other organizations in England and Wales, including the Anglican Church, residential schools, and local councils.

The inquiry will publish a final report in 2022 with recommendations for improving child protection across society as a whole. It could recommend a mandatory reporting law, which the Church has opposed on the basis that it would require priests to break the seal of the confessional.

IICSA released a damning report on the Benedictine-run Ampleforth and Downside schools in August 2018, a second on the Catholic archdiocese of Birmingham in June 2019, and a third on Ealing Abbey and St. Benedict’s School in London in October 2019.

In Tuesday’s investigation report on the Catholic Church, which followed public hearings, the inquiry cataloged almost 50 years of safeguarding failures. It found that the Church in England and Wales had received more than 900 complaints relating to 3,000 instances of child abuse against more than 900 people between 1970 and 2015. In the same period, it said, there were 177 prosecutions resulting in 133 convictions.

IICSA argued that clerical abuse was not simply a historical phenomenon, saying that since 2006 the Church had reported more than 100 allegations a year.

The report included studies of specific cases, including one of a woman identified only as “RC-A710,” who had made allegations about Cardinal Cormac Murphy-O’Connor, Nichols’ predecessor as archbishop of Westminster. Police investigated but took no further action.

The report described a disagreement between bishops over whether the Church should issue an apology to the woman after details of her confidential account were leaked to the media.

After citing comments that Cardinal Nichols had made at a public hearing, the report suggested that “he was particularly concerned about the impact the leak would have on the reputation of Cardinal Murphy-O’Connor, rather than the impact the disclosure of RC-A710’s personal information had on her.”

It added: “In the 13 months between the leak and the final public hearing, RC-A710 had not received an apology from Cardinal Nichols. It appears that he did not do so as a result of his misplaced desire to give priority to the protection of the reputation of the Church, the Pope and Cardinal Murphy-O’Connor.”

The report noted that Nichols met with RC-A710 in December 2019, but said that the leak’s source remained unknown after an investigation.

IICSA offered seven recommendations to the Church. It urged the bishops’ conference and the Conference of Religious in England and Wales to each nominate a “lead member” responsible for safeguarding. It also called for mandatory safeguarding training for those working with children or abuse victims, as well as “a clear framework for dealing with cases of non-compliance.”

The inquiry recommended external auditing of the Catholic Safeguarding Advisory Service (CSAS), which seeks to improve safeguarding practices in England and Wales. In addition, it called for the CSAS to make its policies and procedures more “consistent, easier to follow and more accessible.”

Referring to Canon 1395 of the Code of Canon Law, IICSA asked the bishops to petition the Holy See to “redraft the canonical crimes relating to child sexual abuse as crimes against the child.”

Finally, the report called for the bishops and the Conference of Religious to publish a national complaints policy related to safeguarding cases.

In a Nov. 9 letter to his flock, Cardinal Nichols announced that Pope Francis had accepted his resignation as archbishop of Westminster but that he would remain in post donec aliter provideatur (until further provision is made).

On Sunday, the cardinal turned 75, the age at which bishops are required to tender their resignation to the pope.

“The Holy Father formally accepts my resignation and, at the same time, has decided that I am to remain in office until, at his decision, other provision is made,” he said.

“When I wrote to Pope Francis I said that I was, peacefully, at his disposition. So it is in this same peaceful disposition that I will now continue as your bishop. I do so encouraged by the message from the Holy Father and supported by your prayers, continuing good will and patience with my shortcomings.”

The Memory of the Last Chaplain to...