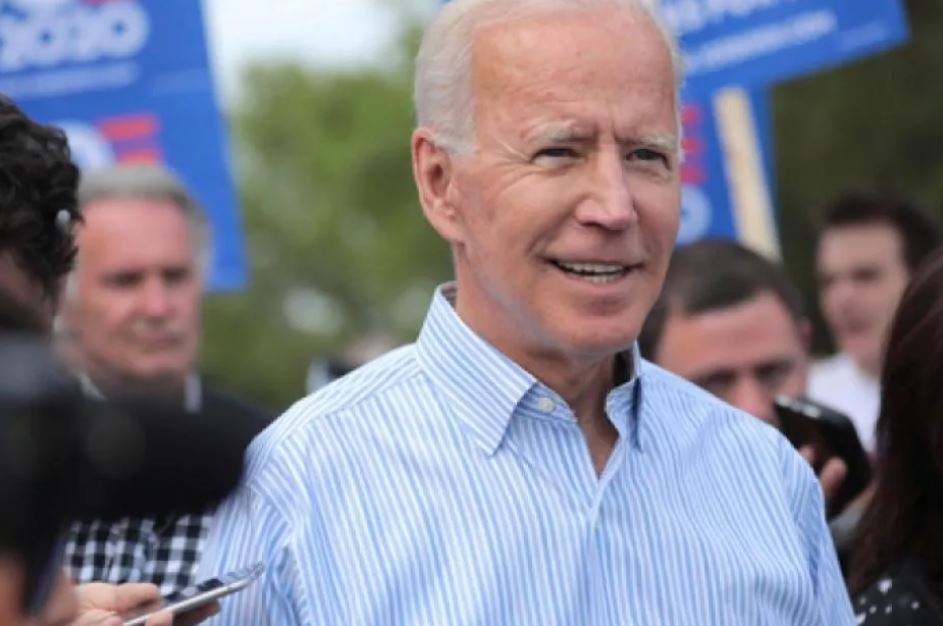 The effort comes as both the Biden and Trump presidential campaigns court Catholic voters, both campaigns have made efforts to suggest they represent a commitment to Catholic social teaching.

A political advocacy group led by Catholics said Tuesday it has launched a campaign to reach Catholic voters in swing states to call attention to presidential candidate Joe Biden’s policy agenda on issues of importance to Catholics, and a record of public service the group called “anti-Catholic.”

“We stand with our Catholic bishops in making clear that no person has a right to judge a person’s soul, or relationship with God. Instead we are fulfilling our obligation as Catholic laypersons in defending the time-honored truths of our Faith, publicly and repeatedly cast aside by Mr. Biden over the past 47 years,” Brian Burch, president of political advocacy groupCatholicVote, told CNA Sept. 15.

The group plans to release a “comprehensive report on Joe Biden’s decades-long career in public service from a Catholic perspective,” which it says will assess “where Biden stands today on issues of fundamental importance to Catholics including the sanctity of life, religious liberty, judges, education, the dignity of work, and other core issues.”

The effort comes as both the Biden and Trump presidential campaigns court Catholic voters, both campaigns have made efforts to suggest they represent a commitment to Catholic social teaching. Catholics represent a key voting demographic in several swing states, and Trump won the Catholic vote by six points in 2016.

The candidatesdiffer on several issues important to Catholic voters, among them abortion.

Biden says he would “work to codifyRoe v. Wade,” the Supreme Court’s 1973 decision that legalized abortion, “as amended by Casey.” The Court’s 1992Planned Parenthood v. Caseydecision upheld Roe, but said that state laws could regulate abortion so long as they did not pose an undue burden on women seeking abortions.

Biden supports taxpayer funding of elective abortions in the U.S. through the repeal of the Hyde Amendment; a position Biden adopted last year under pressure from liberal groups. He also opposes the Mexico City Policy, which bars U.S. foreign assistance from funding foreign groups that perform or promote abortions.

And Biden’s health plan would offer public funding of abortions on a mass scale, something that President Obama promised he would not do when the Affordable Care Act passed Congress. Biden says he would set up a public health insurance option which, among other things, would cover contraceptives and abortions.

Vice presidential candidate Kamala Harrishas questionedjudicial nominees over their affiliations with the Knights of Columbus and a Christian adoption agency, and grilled another about briefs he wrote for religious liberty lawsuits against the federal contraception mandate. She also questioned another nominee because he had been endorsed by a Texas pro-life organization.

Last month, Archbishop Vincenzo Paglia, who leads the Pontifical Academy for Life, told Catholics that “The Church is very clear in this regard. It is a response from the Catechism. It is a great mistake to promote legislation on abortion and euthanasia.”

In October 2019, Biden was refused Communion at a Catholic church in South Carolina. The priest denied Biden Communion in accord with a 2004 diocesan policy that prohibits politicians who have been supportive of legal protection for abortion from receiving the Eucharist.

In a statement Sept. 15, Burch said that “Biden’s record makes clear he will not protect our Catholic values or defend our way of life. For Catholics who cherish the faith and their freedom to live it, a Biden presidency represents an existential threat.”

While Biden would be the second Catholic president if elected, Burch said that “Catholics are less focused on Joe Biden’s claims about his personal faith, and instead on what his policies would do to the culture, and their freedom to live out their own beliefs.”

The group is plans to launch a digital advertising campaign, canvass parish neighborhoods, and launch tv ads in swing states, beginning this week in Pennsylvania and Michigan.

CatholicVote is organized as a lobbying organization and both a related political action committee and 501(c)(3) non-profit. In June, Burch told CNA the group aims “to achieve historic turnout among Catholics in the upcoming November election.”

In particular, Burch told CNA this summer, the group is “focused on turning out every active (practicing) Catholic voter.”

CatholicVote says it is non-partisan and aims to encourage voter registration and voting among practicing Catholics.

“These voters, according to polling, are likely to vote for pro-life candidates, which no doubt frustrates some so-called progressives,” Burch added.

Still, the group’s own platform is not completely aligned with either major party platform.

On its website, a section entitled “What We Believe” notes the importance of “a culture that celebrates life,” says that “marriage is between one man and one woman,” notes that “we are all called to help the poor,” calls for environmental stewardship, and adds that “the death penalty is an unnecessary legal penalty in the developed world.”

The group, however, in Facebook and web posts, regularly promotes decisions or policies of President Donald Trump and other Republican lawmakers, and regularly criticizes Democratic lawmakers.

CatholicVote has run social media posts and spoken in favor of Democratic Congressman Dan Lipinski, regarded as one of the last pro-life Democrats in Congress, who was defeated in a recent primary race and will lose his Congressional seat in January.

And while the group has sometimes been characterized as a Trump campaign operation, Burch said that’s not accurate.

In a 2016 column, Burch explained that “CatholicVote members have been clear: secure as many commitments from Trump as possible” on issues that matter to Catholics.

“If he has any hope of getting elected, he needs our votes, and we must work constructively in a very imperfect situation to advance our ideals as best as we can,” he added.

On Tuesday, Burch said the group aimed to point to issues of importance to Catholic voters in November’s election.

“The teachings of the Catholic Church are open to all people of good will. Our aim is simply to carefully and attentively present the facts, so that every voter might cast a vote, with an informed conscience, based on the truth.”