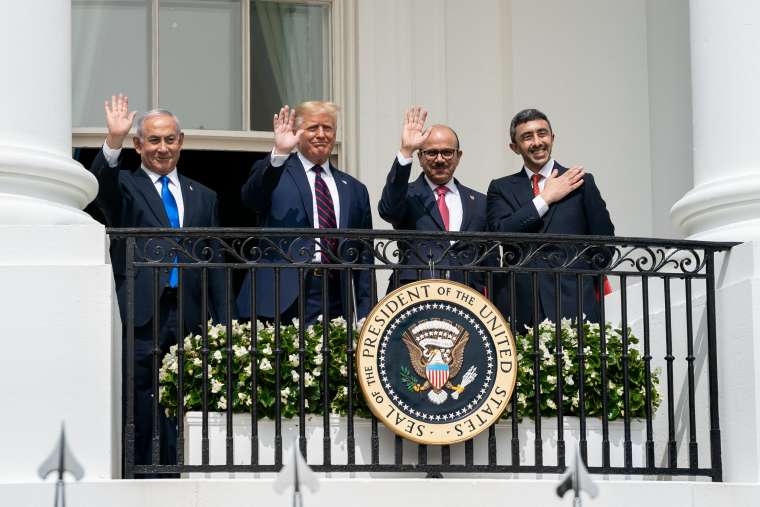 “Politics should not stand in the way of any Christian being able to visit the sites of the birth, death, and resurrection of Jesus Christ.”

The foreign ministers of the UAE and Bahrain signed the deal to normalize relations with Israeli Prime Minister Benjamin Netanyahu in a ceremony at the White House Sept. 15.

President Donald Trump had announced the diplomatic accord between Israel and UAE Aug.13, releasing a statement on the normalization of relations which included a provision that Israel will “suspend declaring sovereignty” over some areas of the West Bank.

On Sept. 11, it was announced that Bahrain, too, would normalize relations with Israel.

Jeremy Barker, Director of the Religious Freedom Institute’s Middle East Action Team, told CNA that agreements between governments are an important first step toward peace, but must be followed by concrete action.

“An agreement that commits to the pursuit of living together in peace, despite deep differences, is important and should be commended,” Barker told CNA.

“We hope the steps taken by these Gulf States will encourage others to follow suit in a way that promotes peace for everyone in the Middle East whether Muslim, Jewish, Christian, or otherwise.”

In February last year, Pope Francis made an historic trip to the UAE, the first by a pope to the Arabian peninsula. While there, Francis signed a joint document on human fraternity with the Grand Imam of al-Azhar, Ahmed el-Tayeb. The document condemned “all forms of violence, especially those with religious motivation,” and committed the two leaders “to spreading authentic values and peace throughout the world.”

The UAE has strict laws governing religion, including the death penalty for Muslims who convert to another religion. While Bahrain provides freedom of conscience, the constitution declares Islam to be the official religion and sharia to be a principal source for legislation.

Barker added that the recent agreements between nations and the political, economic, and social relations that they encourage may provide a context that helps to cultivate greater religious freedom in the region.

“The absence of religious freedom, whether through government repression or social hostilities, hurts everyone in society. Any steps that Bahrain, the UAE, Israel, or any other country takes to provide greater respect for religious freedom will also prove to unleash other goods in society as well,” he said.

The US bishops have called gratifying Israel’s decision to suspend the annexation of parts of the West Bank, part of its normalization of relations with the UAE, but reiterated the need for Israel to negotiate directly with Palestine.

Other states in the region have criticized the accord between Israel and the UAE. Iran’s state news agency IRNA quoted the country’s foreign ministry calling the agreement a “strategic act of idiocy” and “dangerous.”

“The Palestinian leadership rejects the actions of the Emirati government, considering it to be a betrayal of the Palestinian people and Jerusalem and al-Aqsa,” said Nabil Abu Rudeineh.

During the White house ceremony Sept. 15, Palestinians expressed their anger over the agreements by launching rockets into Israel from Gaza, the New York Times reported.