After Trump call to reopen churches, Catholic doctor says it can be done safely 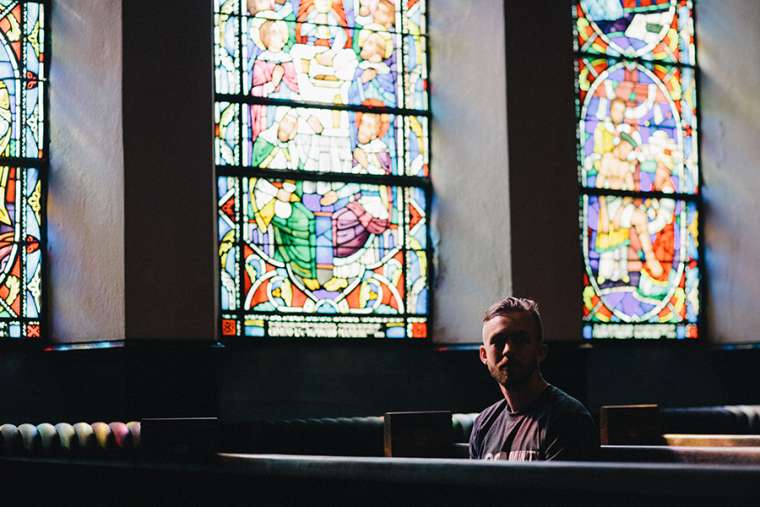 After Trump call to reopen churches, Catholic doctor says it can be done safely

While President Donald Trump’s May 22 call to reopen churches has become a source of national controversy, a group of Catholic doctors has offered a plan that could expedite that process.

“I think that if we just use common sense to compare apples to apples for metrics that we know matter – like density, for example – then there’s no real kind of objective scientific reason why Mass is any more dangerous than going to the grocery store. I think the difference here is a perceived risk,” said Dr. Andrew Wang, an immunobiologist at the Yale University School of Medicine.

Wang said that while it is impossible to eliminate all risk, there are steps that churches can take to prudently reopen for Mass and Confession.

Wang is one of seven Catholic doctors who released a document entitled “Road Map to Re-Opening our Catholic Churches Safely.”

The road map says that the sacraments are essential for Catholics, and argues that “churches can operate as safely as other essential services,” as long as care is taken to form and follow careful plans.

Safety protocols should be created with the help of medical experts and may need to be adjusted over time, it says, to reflect the changing realities and medical recommendations in a given area.

The document calls for Mass to be held with social distancing and the use of masks and hand sanitizer. Singing should be avoided, and those who are ill or believe they may have been exposed to the virus should stay home, it says.

It calls for confessions to be held in outdoor or well-ventilated indoor areas, with the use of masks, an impermeable barrier between the priest and penitent, and frequent sanitization of surfaces.

As the novel coronavirus spread in March, all U.S. Catholic dioceses curtailed public Masses to prevent the spread of the disease. However, beginning in mid-April, dioceses have begun resuming the offering of public Masses.

At a Friday press briefing, Trump said that the U.S. Centers for Disease Control (CDC) would, at his direction, be issuing new guidance for churches to reopen. He said he was identifying houses of worship as “essential,” although a source familiar with the deliberations told CNA that the label is not an official designation by the administration.

Trump’s announcement comes after the CDC reportedly drafted guidance for reopening businesses, churches, and other places of public accommodation earlier this month. On May 7, however, the AP reported that the Trump administration had shelved a 17-page CDC report that included an “Interim Guidance for Communities of Faith.”

On Wednesday, the Washington Post reported that the White House pushed against the CDC issuing guidance for churches, with the concern that it did not want to unnecessarily limit the freedom of churches.

Critics of the decision have argued that church gatherings could result in additional outbreaks of the coronavirus, which has led to more than 93,000 deaths in the U.S., according to the CDC.

However, Wang said that he thinks careful guidelines can aid in efforts to prudently reopen churches. He told CNA that he finds Trump’s announcement “very encouraging.”

“I think those of us who are Catholic would probably view attending Mass as essential,” he commented.

The guidelines laid out in the “Road Map to Re-Opening our Catholic Churches Safely” are the fruit of careful consideration, he said. They address the major points that are currently known about the transmission of the coronavirus.

In implementing the guidelines, he said, parishes will need to take local context into account. For example, a large suburban church with a sizable parking lot may be able to hold an outdoor Mass, while an urban church may find it more difficult to do so.

He also noted that the road map is “a document made by doctors, not by liturgists, so the considerations are really purely medical” and may need to be adapted as deemed appropriate by Church authorities.

In developing the document, Wang said, “what we spent the lion share of our time on was the Eucharist, because that is a bit of special case that the grocery store or Walmart may not have.”

“The moment where you take the host, that presented really a special challenge…This was discussed at length, so that we all had a consensus on what would be safest practices for that particular moment.”

Ultimately, the group of doctors concluded that the safest recommendation is to receive communion in the hand rather than on the tongue.

Wang referenced a recent study showing it is much easier to pick up the virus from saliva than a nasal swab.

While full information about the risk remains unknown, he said, “receiving on the tongue in this case, with this particular virus, may present higher risk” than reception in the hand.

Although he acknowledged that some people may object to this, Wang said that in his perspective, “it boils down to, is it better to not have communion at all – and by extension not have Mass at all?”

He added that the document’s guidelines are recommendations, but that priests and bishops can do as they see fit.

Wang also addressed the concern that HVAC systems may contribute to the spread of the coronavirus, moving contaminated air particles around even if people are spaced out within a church.

Outdoor Mass would be ideal at addressing this particular concern, he said, but it may not be logistically feasible at all parishes.

Still, he said, after a lengthy discussion, “our assessment of the literature was that it was not entirely clear that the circulation of air was necessarily something that would be limiting.” He noted that grocery stories, research labs, and other indoor facilities would also be similarly problematic if HVAC systems played a significant role in spreading the virus.

Ultimately, Wang said, going to church at this time is not risk-free, just as any other public activity is not without risk during a pandemic. He noted that dioceses throughout the country have granted dispensations from the Sunday obligation for those who are unable to attend or are not comfortable with the risk involved.

However, he believes that if churches act prudently, they can implement guidelines to minimize risk, while making the sacraments available to the people of God.

“It just boils down to one of the oldest institutions on earth having some kind of best practices, guidelines, for how one might do this as safely as is possible, based on what we currently know about COVID,” he said.