AG to be honored at virtual Catholic prayer breakfast 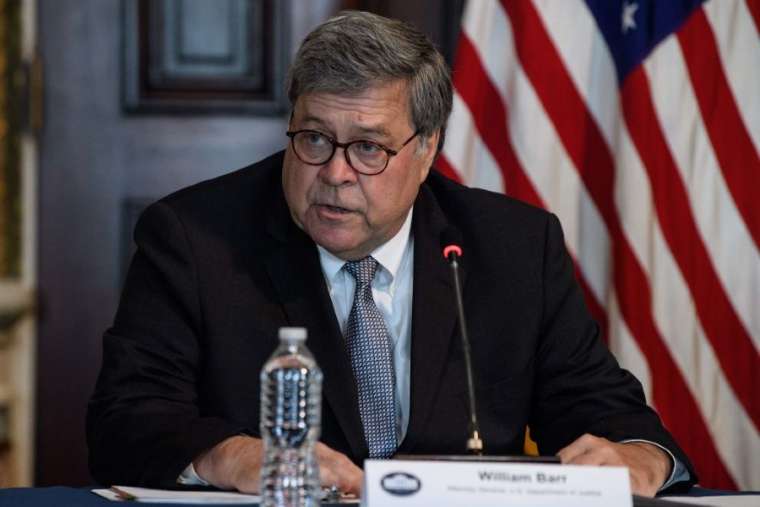 AG to be honored at virtual Catholic prayer breakfast

The 2020 National Catholic Prayer Breakfast (NCPB) will be streamed online on Sept. 23 the organization announced on Wednesday. The event will honor Attorney General William Barr.

Former presidents and vice presidents have made appearances at the gathering—Vice President Mike Pence addressed the annual event in 2017, and former President George W. Bush spoke at the breakfast each year from 2005 to 2008.

Barr will be the latest high-ranking Trump administration official to appear at the event–Vice President Mike Pence spoke at the NCPB in 2017, and then-acting White House chief-of-staff Mick Mulvaney addressed the gathering in 2019.

The National Catholic Prayer Breakfast has taken place in Washington, D.C. every year since 2004. It was originally scheduled for March 30, before the city curbed public gatherings following the coronavirus pandemic. Now, the NCPB says that the current “uncertainty” as to COVID-related restrictions in D.C. “dictated that we could no longer hold an in-person event of this size.”

Attended by 1,400 people in 2019, the prayer breakfast will now be streamed online with a mix of live and taped segments filling a one-hour schedule. Bishop Robert Barron, auxiliary bishop of Los Angeles, will deliver the keynote address.

While Archbishop Charles Chaput, archbishop emeritus of Philadelphia, was originally scheduled to speak at the prayer breakfast in March, he no longer appears on the schedule.

“Although we will be unable to gather in Washington, DC for our usual in-person event, we believe it has never been more important to host this prayer event,” the group stated on its website.

Attorney General Barr is still scheduled to speak on Sept. 23 and receive theChristifidelesLaiciaward, named for Pope St. John Paul II’s 1988 exhortation and reserved to honor the laity who promote the New Evangelization and the Church’s mission in their life and work.

Barr’s Justice Department (DOJ) has taken an active role during the pandemic in curbing state public health orders that it says treat churches more harshly than similar establishments such as restaurants and shopping malls.

Barr himself has spoken out about threats to religious freedom, in an October, 2019 speech at the University of Notre Dame law school, where he said that education is “ground zero” in the fight for religious freedom. He warned of a secularism that seeks the “organized destruction” of the Judeo-Christian ethic, which he said the U.S. was founded upon.

However, the attorney general has also overseen the resumption of executions of federal prisoners after a nearly-two decade halt; the U.S. bishops’ conference has spoken repeatedly to condemn the executions, as has Archbishop Charles Thompson of Indianapolis, whose diocese includes the federal prison in Terre Haute, where federal executions take place.

The Vatican in 2018 revised language in the Catechism on the death penalty, calling it “inadmissible.”

Cardinal Parolin in Lebanon: The C...