Ahead of Hiroshima and Nagasaki bombing anniversary, USCCB prays for peace 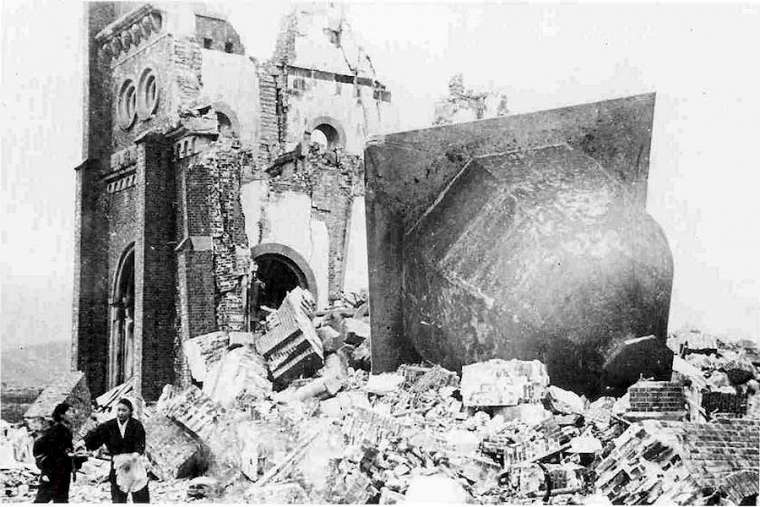 Ahead of Hiroshima and Nagasaki bombing anniversary, USCCB prays for peace

Just days ahead of the 75th anniversary of the atomic bombings of Hiroshima and Nagasaki during World War II, the president of the U.S. bishop’s conference mourned the loss of innocent lives in the attacks, lamented the long-term suffering caused by the bombs, and prayed for peace among nations.

“My brother bishops and I mourn with the Japanese people for the innocent lives that were taken and the generations that have continued to suffer the public health and environmental consequences of these tragic attacks,” Archbishop Jose Gomez said in a July 30 statement.

The Hiroshima attack killed around 80,000 people instantly and may have caused about 130,000 deaths, mostly civilians. The attack on Nagasaki instantly killed about 40,000, and destroyed a third of the city.

Pope Francis has spoken out against the use of nuclear weapons multiple times, including during a November 2019 visit to Nagasaki and Hiroshima.

“How can we propose peace if we constantly invoke the threat of nuclear war as a legitimate recourse for the resolution of conflicts?” Pope Francis asked Nov. 24, 2019 inHiroshima’s Peace Memorial Park. “May the abyss of pain endured here remind us of boundaries that must never be crossed. A true peace can only be an unarmed peace,” he added.

Since St. John Paul II’s visit to Japan in 1981, the Catholic Church in Japan has annually observed Ten Days of Prayer for Peace beginning Aug. 6.

The U.S. bishops’ conference Committee for International Justice and Peace issued a statement on July 13, encouraging Catholics in the United States to join Japan in prayer by offering intentions of peace at Mass on Sunday, Aug. 9.The committee has also compiled resources for further reflection, study and prayer for the occasion on its website.

In his July 30 statement, Gomez noted that the bishops of the U.S. “join our voice with Pope Francis and call on our national and world leaders to persevere in their efforts to abolish these weapons of mass destruction, which threaten the existence of the human race and our planet.”

“We ask our Blessed Mother Mary, the Queen of Peace, to pray for the human family, and for each one of us. Remembering the violence and injustice of the past, may we commit ourselves to being peacemakers as Jesus Christ calls us to be. Let us always seek the path of peace and seek alternatives to the use of war as a way to settle differences between nations and peoples.”