Aid to the Church in Need sending 250,000 euro in food aid to Lebanon 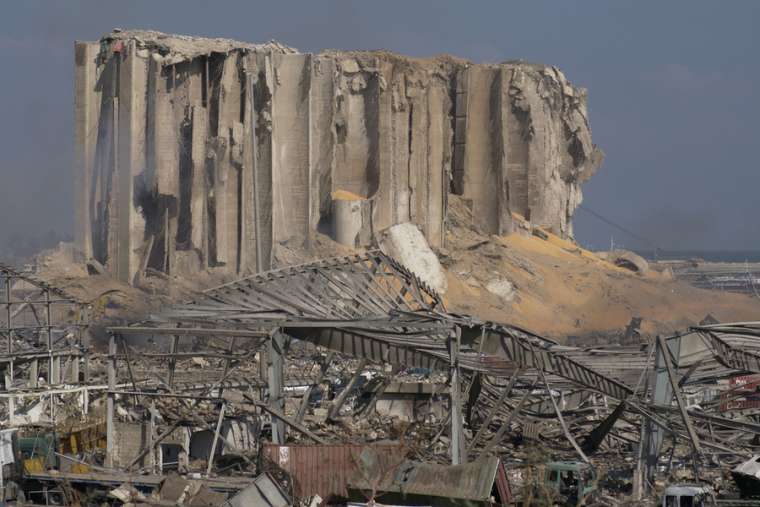 Aid to the Church in Need sending 250,000 euro in food aid to Lebanon

International Catholic charity Aid to the Church in Need (ACN) has announced an emergency 250,000 euro food aid package for victims of the massive August 4 explosion in Beirut, Lebanon.

The ACN grant will focus on poor families most affected by the explosion, which devastated the port area of the Lebanese capital and adjacent areas, including the mostly Christian neighborhoods of Mar Maroun and Achrafieh.

At least 135 people have died and another 5,000 were injured when a warehouse storing some 2,750 tons of ammonium nitrate exploded Tuesday evening. Officials are investigating the cause of the explosion.

Fr. Samer Nassif, a Lebanese priest, told Aid to the Church in Need that the Christian area of Beirut is “completely devastated,” with at least 10 churches destroyed.

“In one second, more damage was done to the Christian area of Beirut than during the long years of the civil war. We have to rebuild everything again from the ground up.”

ACN estimates some 300,000 people have been left homeless. Additionally, many offices, schools, hospitals, and shops were completely destroyed in the explosion.

The priest stressed that amid the country’s long economic crisis and the ongoing coronavirus pandemic, Lebanon is ill-equipped to face this new emergency. International aid is urgently needed to meet people’s basic needs, they said.

Lebanon is currently facing its worst economic crisis in decades, with corruption and financial mismanagement leading to an unprecedented devaluation of its currency, hyperinflation, rising unemployment and banking restrictions. The health system is also in crisis. Power outages and street protests had rocked the country a few months before the coronavirus pandemic broke out.

In recent years, Lebanon has been hosting large numbers of Syrian and Iraqi refugees, many of them Christian, as well as Palestinian refugees. According to official data, Lebanon currently hosts almost 2 million refugees, representing about a third of its total population.

“Beirut is a devastated city. Beirut, the bride of the East and the beacon of the West, is wounded,” he said. “It’s a war scene: there is destruction and desolation in all its streets, its neighborhoods and houses.”

Aid to the Church in Need also called for prayer for all those affected by the explosion and other challenges.

“We pray for the victims and their families; and we pray for Lebanon so that, with the commitment of all its social, political and religious components, it can face this tragic and painful moment and, with the help of the international community, overcome the serious crisis it is going through.”