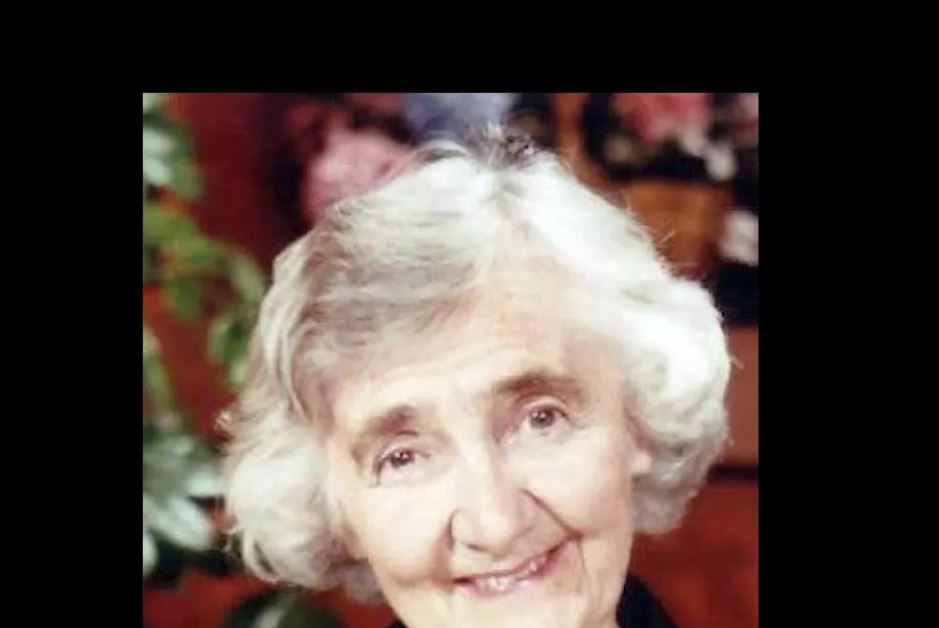 Alice von Hildebrand, Ph.D., is a noted speaker and author of several books on a variety of topics related to Catholicism. She is the widow of the famous Catholic philosopher Dietrich von Hildebrand, whom Pope Pius XII dubbed “the 20th century doctor of the Church.”

Born in Belgium in 1923 (whence she derives her French accent), Dr. von Hildebrand received her doctorate at Fordham University and was a professor of philosophy at Hunter College in New York for 35 years.

In a conversation I had with her, she spoke on two of her common topics — the lost sense of the supernatural and feminism.

What do you mean when you lament the “lost sense of the supernatural?”

St. Augustine highlighted beautifully, profoundly, the difference between nature and super-nature. When God created man, he gave him a human nature. Man had all the characteristics of “creaturehood,” one completely dependent upon God.

But in his infinite love and goodness, he gave man an additional gift, super-nature, the partaking in God’s divine nature. In some way, if we are faithful to God’s grace, we become God-like. This is a gift human nature can never achieve by itself. It pre-supposes a complete collaboration between God’s gift and man’s freedom.

Yet this gift makes enormous demands on us. In the Old Testament, the Jewish people were given a unique position in the world as God’s chosen people. But they constantly rebelled against this gift. Their special call required them to meet certain obligations which they did not like, and which were not required of pagans.

Consider, for example, the sexual sphere. Pagans live very much as they please. Roman Catholics are taught certain things about the relationship between man and woman, the mystery of sex, obligations such as not using artificial contraception, and the prohibition against abortion, and so on, that they resent!

This is a danger for us all. I notice in my own life as soon as the supernatural is making demands upon me which I do not like, my “unholy trickiness” looks for ways of escaping.

Suppose I do something that is clearly unkind. The next moment I have a bad feeling, but I start to rationalize, saying, “after all, the other person was really quite mean to me; of course, what I said was not very kind but so-and-so would have been a lot more unkind than I was.” And finally, my conscience no longer bothers me.

The whole question is to talk your conscience down and it finally gives in. Most of us have a misdirected conscience. True, I have to follow my conscience. But simultaneously I have a strict moral obligation to form my conscience according to the teaching of the Church. A conscience is something so malleable, so flexible, that if you know how to deal with it you can always manipulate your conscience for your own end.

Therefore, we have to pray every day of our lives for what my husband calls “purity of heart.” That is to say that my love for truth is such that I would much rather suffer or make a sacrifice than to equivocate and reject truth that comes from God.

There is a duel between Satan and man. Satan is winning, because he is clever and we are stupid. There is no doubt that man is given intelligence — but first, this intelligence is limited, and second, it is not used.

And you tie in this “loss of the sense of the supernatural” with your criticism of radical feminism.

Yes. For many years I’ve been battling the basic ideas of feminism. I believe it is intimately related to the question of the lost sense of the supernatural.

Compare men and women from a purely secularistic point of view. Who are the leaders? Who has the authority? Who is leading the Church? Who are the great theologians and philosophers, and the sculptors and painters, and musicians and writers, and so on? Men, men, men, men.

Look at a book on history. Who has shaped our world politically and historically? Men! In other words, men are always in the forefront, and women in the background.

Turn to something more specific, the sexual sphere. I claim that for a man to reproduce, he doesn’t need to be a hero. It calls for no effort or sacrifice — just a short moment of ecstasy, period!

Compare it to the situation of a woman. She becomes pregnant. First, she is going to be nauseated for weeks, a very unpleasant feeling. Then comes the “invasion” of her body by a new, mysterious little creature. The woman gets bigger and bigger and bigger. From the point of view of her vanity, this is not something that is extremely appealing …

Then comes the excruciating pains of childbirth — while the husband may be out sipping coffee and enjoying himself, she is in the delivery room in agonizing pain.

Also, remember a woman has an instinctive desire to cover her body. In order to give birth, she must expose the most intimate side of her body to doctors and nurses and people that are totally indifferent to her plight.

So where is the justice? It seems so unfair that the moment you lose sight of the supernatural, revolt and rebellion come — men are the masters, the bosses, the abusers… That is how feminism is born.

But before I criticize feminism, let me acknowledge that some men abuse women. I have been so blessed in my life — I have met so many men for whom I have the deepest respect and admiration and gratitude, that this has not been my personal experience. But I know of innumerable cases of women who have been mistreated by men abusing their authority…

Certainly there is such a thing as rape and physical abuse, abusive authority, or looking down upon women as being inferior…

If I were to meet a radical feminist today, I would try to find out the sort of tragic experiences she has had which she has not properly worked through. This kind of injury can only be digested properly if she receives an amount of grace that is such that she becomes a new person.

This is true of all radical feminists, as was superbly expounded upon in Donna Steichen’s bookUngodly Rage. … They’re giving a bad, a catastrophic response to some sad facts …

We should pray for and show compassion to these women. They have totally lost sense of the supernatural.

But now compare men and women from the supernatural point of view. Thanks to Christianity, the position of women is a privileged one to such an extent that, at times, you feel you feel sorry for men! Men seem so much in the background that you say, “Thank God! You are infinitely just, and therefore you gave men the priesthood.” After all, they do have to have something!

This is no joke. Look at the Bible. In Genesis, there is an ascending line from inanimate matter, to plants, to lower animals, to higher animals, to man, to the woman. Therefore, to state that she was created last does not indicate, as radical feminists often assert, that the Bible teaches the woman is inferior or an afterthought. As a matter of fact, you can interpret it to say that she has a special position in the cosmos.

Adam’s body was fashioned from the dust of the earth. Very modest indeed. Eve was taken from Adam’s rib. Now Adam was a person, made to the image and likeness of God. Therefore, the woman, from the beginning, was given a special dignity.

Or you say that the woman was punished by having to give birth in agonizing pain. From a supernatural point of view, and I’m hinting at St. Thérèse of Lisieux. From the beginning the woman is invited to partake in suffering as an expression of love and a means of redemption. How did Christ save us? By accepting humiliation and suffering. This is something of which women are called upon to partake in a unique way. This is a special dignity.

Consider the Annunciation. There is the angel and Mary. St. Joseph is totally in the background. He’s not even mentioned! And, it’s only later that he finds out she is with child.

Consider the crucifixion. Christ had 12 Apostles. One betrays him. Another one, who said “I’ll die with you,” denies him three times because he’s afraid of a maid. All of them fled. Only one came back and was at the foot of the cross. Who followed Christ to Calvary? The women!

You make the Stations of the Cross. Station Four, you encounter Mary. Station Five, Simon of Cyrene is forced to carry the cross. He did not volunteer…

St. Veronica puts a veil on Christ’s face. The women of Jerusalem cry over Him. Women, women, women, women. It’s only at the last station that you find out that St. John came back.

Christ rose from the dead. To whom does he appear? To Mary Magdalene. And she is the Apostle of the Apostles because she is to inform them that Christ has risen gloriously and has conquered death. And the Apostles respond: “Women’s talk.” But she was right!

Consider the Apocalypse. You have this duel between the serpent and the woman. It is a woman who will crush the serpent’s head. Supernaturally speaking, women are so much in the foreground that it is astonishing.

The devil is clever and we are stupid. He knows full well that if he can destroy femininity, he can destroy the Church, marriage and the family. It is all in the hands of a woman!

When Mary said “yes” to the angel, she became the co-salvatrix,the one saving withJesus. Had she said “no,” we don’t know what would have happened. The moment that you lose sight of this, the situation of women seems to be sad and serious…

The only way to conquer feminism is to re-conquer the sense of the supernatural, which makes being a woman a privilege and a sign of greatness.