Almost-Forgotten Gem of 2020: The Vatican’s Opening of the Pope Pius XII Archives 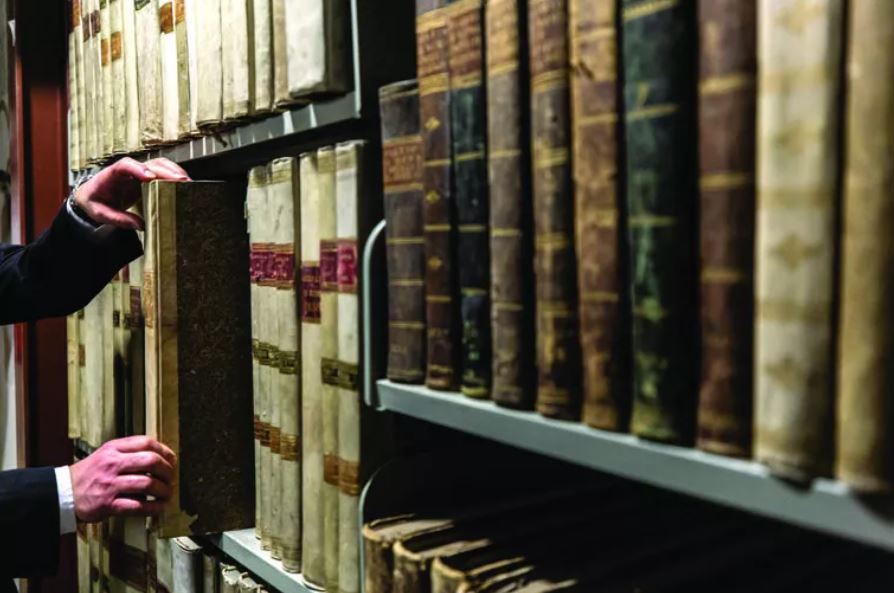 Almost-Forgotten Gem of 2020: The Vatican’s Opening of the Pope Pius XII Archives

The material, previously unseen of the public, was opened March 2 during the first surge of the coronavirus pandemic and covers the years 1939-1958.

VATICAN CITY — One of the distinct Vatican highlights during a year of upheaval was the opening of the Vatican Archives on the pontificate of Venerable Pope Pius XII.

Accessible to scholars for the first time on March 2, the documents in the Vatican Apostolic Archives and other archival departments of the Holy See cover Pius’ entire 1939-1958 pontificate.

Pope Francis’ decision to allow public access, announced a year earlier, came after decades of requests from historians who wished to find out for themselves how much the wartime Pope knew about Nazi Germany’s campaign to exterminate the Jewish people and what action he took to try to halt it. The delays were largely due to the extensive cataloguing required.

Critics in the past have said Pius XII knew of the atrocities but failed to act; the Vatican, along with Catholic and Jewish scholars, have insisted Pius worked behind the scenes to save Jews and acted prudently to minimize further loss of life.

Some of Pius’ supporters assert that criticism of Pius’ war record is due to an orchestrated disinformation campaign manufactured by the Soviet Union after the Second World War to counter Pius’ anti-communist position.

Although the opening in March coincided with the coronavirus lockdown, some key details have emerged, which affirm the thesis of Pius’ supporters. Many of these are contained in a new book called Le Bureau: Les Juifs de Pie XII (The Office: The Jews of Pius XII) by professor Johan Ickx, a Church historian from Belgium and head of the Secretariat of State archives, who since 2010 has had privileged access to nearly two million documents now open to the public.

The book, published in September but so far only in French, reveals correspondence with U.S. President Franklin Roosevelt to prevent the escalation of the war, Pius’ support for an escape route to help the most persecuted, diplomatic attempts to influence the policy of the Third Reich, the rejection of Marshal Pétain’santi-racial laws, an emergency organization of baptisms to save thousands of Jews from deportation, and the condemnation of priests sympathetic to the Nazis in Slovakia.

“This is an important work,” said professor Ronald Rychlak, author of Hitler, the War and the Pope, who added that Ickx had “already shared information with him about the closed archives in the past, but he (and therefore I) was not supposed to publish it. I expect it to open many eyes.”

Despite the delays imposed by COVID restrictions, the Pope’s authorization has therefore already led to “some important developments,” said Rychlak, professor at the University of Mississippi School of Law. One of them, which anticipated archival access, was a gathering in January of leading scholars, including Ickx, at the United Nations in New York to review Pius’ life and work.

“I was delighted to see the consensus that emerged from the presentations at the U.N. and a following roundtable meeting,” Rychlak told the Register.

William Doino, also an expert on Pius XII, who contributed to The Pius War: Responses to the Critics of Pius XII, said the opening of the archives “not only met my expectations but exceeded them.”

He was particularly pleased with how the archives “enhance and confirm” what Pius’ supporters have long maintained: that he was a “strong opponent of anti-Semitism, racism and totalitarianism as a young priest, and acted on those convictions, with documented efforts, as pontiff during the Second World War and Holocaust.”

Gary Krupp, the Jewish founder of the Pave the Way Foundation, said the newly opened apostolic archives “have many important gems,” but added that thousands of wartime documents were already available in many “previously opened archives” and in diocesan archives worldwide, but the problem has been “the failure of so-called historians to seek the truth.”

He cited in particular research by author Michael Hesemann into the archives of Santa Maria dell’Anima, the German church in Rome, which contained “documented proof of the direct actions of Pope Pius XII to end the arrest of the Roman Jews on Oct. 16, 1943, and then the massive rescue attempt to hide those who were not arrested.”

“Such an honest, truthful effort would have ended the disgraceful lies spread about Papa Pacelli,” Krupp said.

But despite the opening of the archives and newly revealed documentation in support of Pius, some historians continue to perpetuate the narrative of “Hitler’s Pope.”

In May, German priest-historian Father Hubert Wolf, who examined some of the archives soon after they were accessible, claimed to have found a document purportedly showing anti-Semitism in the Vatican that helped understand Pope Pius XII’s approach to the Holocaust. His claims were roundly criticized as exaggerated, “wildly erroneous” and revealing nothing new.

Doino and other scholars also dismissed claims in The Atlantic by historian David Kertzer that Pius and Church officials were complicit in a controversial post-war custody battle over two Jewish orphans who were baptized Christians in France and then hidden from their relatives. Doino said the claims misrepresented and cited out of context “a small portion of the newly released archives to advance a one-sided view of Pius XII” and left out “key documents and evidence,” which contradicted the article’s main allegations.

He said these scholars are “over-eager detractors” who had rushed to “publish premature allegations” that “have been disproven once again.” Ickx’s book “effectively answers them,” Doino said, as do the findings of Italian historian Matteo Luigi Napolitano, whose work has been published in L’Osservatore Romano and elsewhere. Rychlak also refuted the researchers’ findings which, he said, they reported as “support for their predetermined conclusions.”

Many scholars have been impressed with the care and dedication with which the Holy See has managed the archives, as well as the Holy See’s welcoming of all historians, whether for or against Pius, to consult the archives.

“Everyone who made this possible — from Pope Francis to the hardworking Vatican archivists — deserves our appreciation,” Doino said.

But will it put an end to the so-called “Pius Wars”?

“I fear that [Pius’] critics simply refuse to accept the evidence and will continue to do so,” said Rychlak, alluding to the articles by Pius’ detractors since March. “I do think, however, that those who legitimately seek the truth will be able to find it.”

Doino said as long as the Catholic Church exists, people will “assail and caricature its best leaders,” and so “there will always be a ‘Pius War,’ at least on a minimal level until Our Lord’s return.” But he had “no doubt” that Pius’ supporters have made “dramatic and undeniable progress” in clearing his name.

Krupp said that as a Jew who came to realize the lies he was fed as a child “were totally false,” he is praying for Jewish recognition of Eugenio Pacelli as “Righteous Among Nations” at the Yad Vashem Holocaust memorial in Jerusalem.

“I am extremely confident,” he said, “that what we consider the greatest character assassination of the 20th century will be proven wrong.”