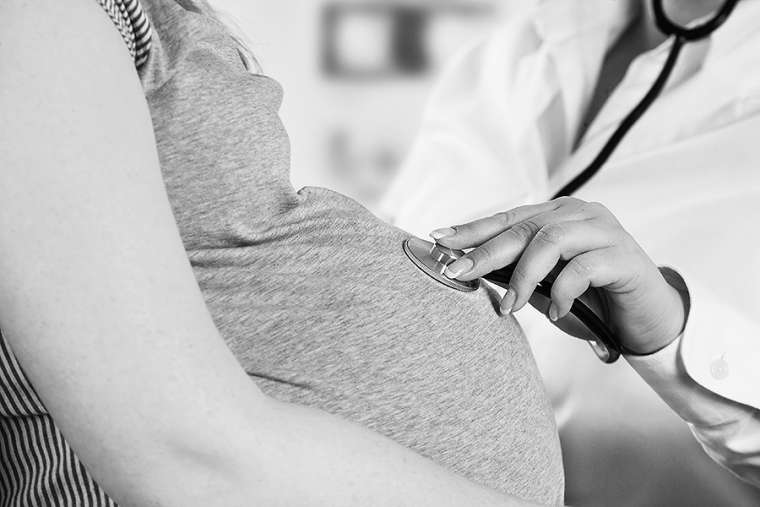 An international law expert has criticized Amnesty International’s new support for abortion access through all nine months of pregnancy and its claim that human rights protections “start at birth.”

“Amnesty’s announcement is reflective of a self-referential echo chamber made up by abortion groups and elements of the international system,” Elyssa Koren, director of United Nations advocacy at ADF International, told CNA Oct. 5. “They think that by consistently asserting that abortion is a ‘human right,’ they can make it so.”

On Sept. 28, Amnesty International released an update to its abortion policy, calling for “universal access to safe abortion, as early as possible and as late as necessary.” It said that “anyone who can become pregnant has the right to an abortion” and called for the full decriminalization of abortion.

The updated policy characterized pregnancy and abortion decisions as directly impacting “the full spectrum of human rights.” An accompanying FAQ opposed laws requiring either spousal or parental consent for abortion.

The group said its updated policy “confirms that human rights protections start at birth, in line with international law.”

Rajat Khosla, senior director of research and advocacy at Amnesty International, said Sept. 28 the update was developed “in consultation with human rights experts, medical providers and the Amnesty movement, and informed by years of research and engagement with women and girls whose lives have been shattered by restrictive laws.”

Koren at ADF International, however, criticized claims of a pro-abortion global consensus.

“When Amnesty refers to growing voices in the international realm to support its claim, it must be acknowledged that these voices are operating illegitimately in the first place,” she told CNA. “They stem from various bureaucratic functions within the UN system that have been co-opted by abortion activists. Their decrees are not reflective of the will of the community of member states—the majority of which are not in support of the UN’s aggressive abortion agenda.”

She also criticized Amnesty’s view that rights begin at birth.

“The right to life that all persons possess applies from the moment when life starts, which science confirms is at conception,” Koren said. “International law supports this reality. This is evidenced in historical protections for pregnant women facing penalty of death.”

Koren cited the preamble of the United Nations Convention on the Rights of the Child, ratified by over 190 countries, which affirms that children need “special safeguards and care, including appropriate legal protection, before as well as after birth.”

“Given that Amnesty has no power to re-craft international law or the laws of science, their announcement that human rights ‘start at birth’ creates no change in the human rights tradition,” Koren said. “That said, it does contribute to the existing body of dangerous misinterpretations that seek to re-imagine the international order.”

Khosla at Amnesty International said full decriminalization of abortion is “essential to protect human rights and prevent further deaths and injuries due to unsafe abortions.”

“Abortion is not an isolated issue. Denying people the right to make decisions about their own bodies perpetuates gender and economic inequality, and entrenches stigma and discrimination,” he said, adding, “We will continue to demand that governments respect reproductive autonomy, and campaign for safe abortion access for anyone who seeks it, without discrimination, coercion or stigma.”

While Khosla said about 47,000 women die each year as a result of seeking “unsafe” abortions, Koren said better data is needed to evaluate the causes of maternal mortality.

“Much of the existing data ignores the fact that even ‘safe,’ meaning legal, abortions cause deaths—of course, all babies die, but women do as well,” she said. “Abortion is never safe, particularly in the developing world. One of the primary reasons is lack of access to blood if a woman hemorrhages.”

“More accurate numbers, often obscured by the many overlapping challenges women face, would surely show the catastrophic impact of abortions as a whole, both legal and illegal, on women’s lives and well-being,” she said.

“Every life lost is a tragic failure of the international system to guarantee the most fundamental of our human rights,” Koren continued. “No woman should ever have to turn to abortion…The legalization of abortion is not the answer to the problem of ‘unsafe abortion’ as it has in fact been shown to increase maternal mortality.”

“UN member states pledged to reduce recourse to abortion at the 1995 International Conference on Population and Development, a commitment which holds to this day. The emphasis should remain on this,” she said.

“Amnesty’s abortion agenda has significantly undermined its authentic human rights credentials,” she said. “While there always will be divergences in the international community, the human rights situation is so dire in so many places around the world that what is needed is a shared re-commitment to the basics of human rights.”

Amnesty International claims 7 million members worldwide. In 2018 it received about $352 million in 2018 donations, mostly from individuals.

Amnesty International’s embrace of pro-abortion advocacy, which it announced in 2007, marked a major shift for the organization.

In 2016, documents reportedly hacked from George Soros’ Open Society Foundations appeared to show that it would fund Amnesty International’s Ireland affiliate to change the Republic of Ireland’s pro-life constitutional protections for the rights of the unborn child. The foundations’ strategy document indicated it saw Ireland as a model to change pro-life laws in other strongly Catholic countries.

Irish authorities initially ruled that the Amnesty affiliate needed to return some $160,000 to the Soros foundations because it violated Irish law barring foreign donations to third party groups seeking to influence the outcome of a electoral referendum campaign. However, Amnesty International denied the funds were used for its successful campaign to repeal the pro-life amendment, and the ruling against Amnesty Ireland was overturned in court in 2018.