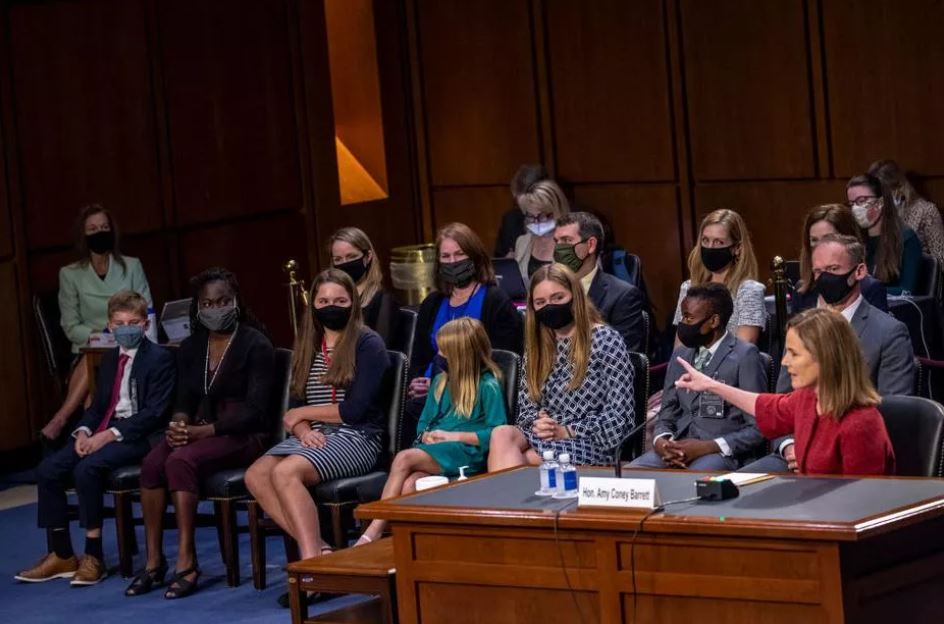 I don’t know Judge Amy Coney Barrett. But I know something about infertility and artificial reproductive technologies.

Amy Coney Barrett is a danger to families who desperately want children. So saysSen. Tammy Duckworth, D-Ill., based on an advertisement which Barrettsignedback in 2006, which included the statement that “we defend the right to life from fertilization to natural death.” This, Duckworth suggests, disqualifies Barrett from the U.S. Supreme Court.

Duckworth, who has two daughters through IVF,toldFox News: “If a fertilized egg in a person is a person, then that really has significant negative consequences for a family like mine that desperately wanted to have children.”

I don’t know Judge Barrett from Adam. But I do know something about infertility and the IVF industry. The IVF industry appeals to the worst instincts of American consumerism. TheCatholic critiqueof artificial reproductive technologies is morally defensible.

Get what you want, the way you want it, when you want it. Sounds like a fine idea. Pick the one you want. Pay for it. Ignore all the others. Or just throw away anything you are tired of or don’t want, or that doesn’t satisfy you. Or you could turn it in for a refund. Or maybe you could buy a few extras to keep on hand just in case you want more. You can always throw them away later. Or maybe donate them to a charity.

“Have it your way,” is a fine advertising slogan for hamburgers. Take advantage of quantity discounts and stock up just in case, is a fine strategy for buying paper towels. But the “object” in question when considering artificial reproductive technologies is not an object at all, but a person. I buy the sperm or egg of a stranger. I pay someone to mix their gametes with mine. I look at the embryos. With the help of an expert with exquisite taste, I choose the ones I want. I throw away the rest. Or, maybe, I put them in cold storage, just in case I decide I want them later.

This is the “assisted reproductive technology” industry, including IVF, surrogacy and related technologies. Consumers of this product are sometimes called “commissioning parents.” The fact that people want the product is supposed to be a sufficient moral justification to allow them to have what they want.

Two points for the record: First, we must never regret the existence of a particular child, no matter how that child was conceived. Disapproval of the circumstances of a person’s conception does not translate into a belief that the person so conceived is unworthy or defective. Presumably, everyone opposes rape as an immoral act. But a child conceived in rape is still a full member of the human race, fully deserving of respect, love and legal protection. Likewise, the child conceived through artificial means is fully human, fully deserving of respect, love and legal protection.

Second, do not try to dismiss my arguments with the assertion that I don’t know the pain of infertility. As a matter of fact, I do. My husband and I dealt with infertility for four painful years. We can attest that it is a miserable experience. What we deny is that the depth of our misery or the intensity of our desire for a child is relevant to the question at hand.

Duckworth herself raised one of the crucial questions. Without seeming to realize the significance of her statement, she toldFox News:

“In my case, with both of my girls, they looked at two or three fertilized eggs, not even embryos at this point, and said, you know, this one isn’t very viable,” Duckworth explained. “The third discarded could result in my doctor being criminalized.”

Duckworth added: “If a fertilized egg in a person is a person, then that really has significant negative consequences for a family like mine that desperately wanted to have children.”

What exactly is the third “discarded” thing? Duckworth says these zygotes are “not even embryos” at this point. Does she deny that the zygote is alive? How can a non-living thing be “viable” or “not very viable?” The terms “zygote,” “embryo,” and “fetus”describe stagesof biological human development, not the developmentintoa human person.

This is the first of the contradictions of this position. If the zygote is chosen, it is Duckworth’s precious child. If it is discarded, does that mean it never was anything or anyone of value?

Here is a related ethical dilemma. Suppose they don’t want to discard the embryo, but they don’t want to gestate her right away, either. So they freeze her. Later, they unfreeze her, gestate her, and then she becomes their precious child. What was this person during the time that she was frozen? An object? A nonperson?

Now you may think that I am causing problems here, because I referred to the frozen embryo as a person. “You blurred the distinction between the zygote and the embryo and the ultimate person. If we would just all get on board with the proper terminology and proper thought process, that all these problems would go away.”

But honestly, it doesn’t have to be me who raises this question. What if one of the living children herself brings up these topics? “Hey Mom and Dad, what about all my frozen siblings? Did you guys really kill a couple of my siblings on the very day that you “chose” me to live? I could have been the one that got frozen or killed.” And so on.

I have known people who have been in agony for years over their frozen children. I know an adult man whose mother revealed that she had an abortion when he was a teenager. The “survivors guilt” and disorientation he experienced were surreal. These questions will not all go away, just because no one is asking them right now.

The most coherent alternative moral position is each child is an unrepeatable gift from a loving God. God created this particular child to reflect his goodness in some unique way. Our participation in the procreative process is to love our child’s other parent and allow God to bless that love as he deems best for all of us. As parents, we accept the children God gives us and care for each of them to the best of our ability. If God does not give us children, we accept this fact with grace and move on with our lives.

As I say, I do not know Judge Amy Coney Barrett or what she believes. But I do know this: the IVF industry is indefensible. The Catholic alternative is both intellectually coherent and morally defensible. And I am not ashamed to say so.