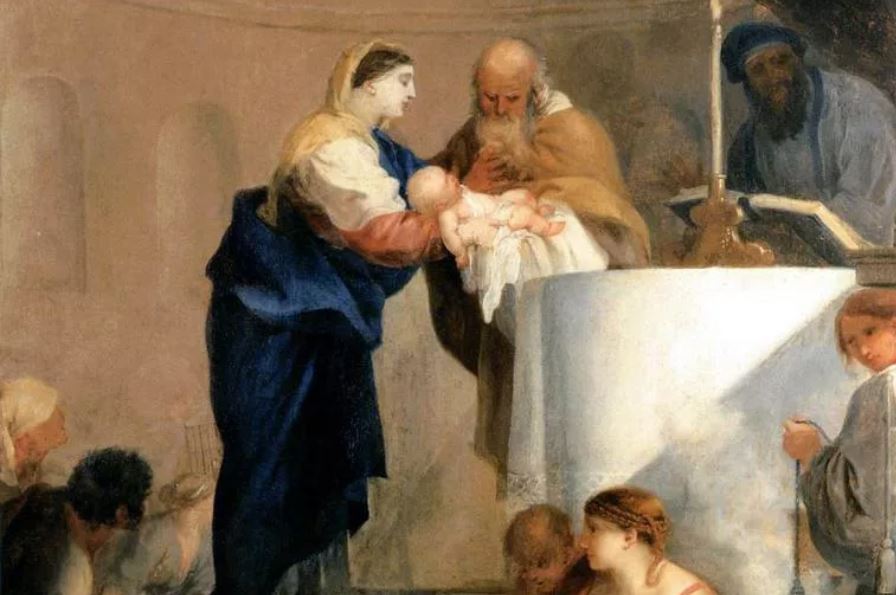 Welcome to “An Advent Retreat,” four weeks of reflections on making this a holy season.

The readings for the First Sunday of Advent focus on time.

Last year, St. Paul reminded us: “You know the time; it is the hour for you to awake from sleep” (Romans 13:11). Next year, this Sunday’s Gospel will remind us not to grow “drowsy from carousing and drunkenness and the anxieties of daily life” (Luke 21:34) but to stay sober and vigilant. This year — the year of Mark — the Gospel reminds us to be watchful, like the servant house sitters who do not know when the house owner will return from his trip (Mark 13:33-35) and see whether they’ve done their jobs and tended well to what is his.

As undoubtedly most priests will repeat, the First Sunday of Advent begins a new Church year. Most Catholics will take that on board, the more perspicacious noting that we also change the source of our Sunday Gospels for the next year, primarily drawing from Mark. (Catholics have a problem with “new years.” The liturgical new year is probably not noticed by most Catholics, while Jan. 1 remains overloaded with multiple festal themes — Mary, Mother of God, on which we use the Gospel of Jesus’ Circumcision, which recalls what we used to call the day, with “World Day of Peace” lurking somewhere there and the civil new year … conspicuously absent).

Let’s focus on this “new year.” We’re one year older. It also means our lives are one year shorter. Since human history is also finite — in its theological and secular understandings — we’re also one year closer to the End.

As I’ve noted, numerous spiritual writers have repeatedly pointed out that God is generous with everything: his mercy, his love, his grace … The one thing he’s not generous with is time. It’s fixed. It’s rationed. And you can’t “Mc-size” it.

That limit is itself actually generous. By fixing our days, we are invited to take them and life seriously. We have a divine incentive against procrastination.

“It is appointed for man once to die” (Hebrews 9:27). Yes, just as somewhere your life entered into God’s eternal plan (Jeremiah 1:5), so somewhere in the divine calendar is already inscribed your departure date. The date you will die. And every day, every new year, it’s inexorably getting closer.

It means taking seriously the biblical injunction about not putting off until tomorrow what can and should be done today (Proverbs 6:4). The “Hail Mary” mentions the only two historical moments one can be sure of: “now and the hour of our death.” Even taxes are less inevitable.

All of us, of course, have a little bit of St. Augustine to us. The theme running through much of his spiritual classic, The Confessions, is: “Lord, convert me! …. Tomorrow!”

Make me better … sometime. Turn me around … next week.

As the German Redemptorist Bernard Häring was wont to point out, the Greeks had two words for time: chronos and kairos. Chronos is the stuff we measure, the time “that passes,” the chronological.

Kairos is the moment, the opportunity. The chance that comes and, unless seized, may not come again. The “opportunity” that doesn’t knock twice. The split second to make the decision, take the risk, and jump throw that ball for the winning point. To jump in and save the drowning person. To jump in and say, “will you marry me?”

God’s grace is always a kairos. Any inspiration of good that we receive is an opportunity in a moment that, once past, is forever gone in that hermetically sealed thing called “the past.” But God’s grace is also always a gift, always freely given, never owed. That’s what makes the kairos of his grace so singularly vital … and why “if today you hear his voice, harden not your heart” (Psalm 95:7-8).

Sister Faustyna Kowalska, the saint of Divine Mercy, relates in her Diary how she was called to religious life. She had thoughts about it — should one be surprised in early 20th-century Catholic Poland? — but her parents objected. She relates how she went with one of her sisters to a Saturday night dance. Instead of a night of fun, however, she recounts a vision, a vision of “Jesus at my side, Jesus racked with pain, stripped of his clothing, all covered with wounds, who spoke these words to me: ‘How long shall I put up with you and how long will you keep putting me off? At that moment, the charming music stopped and the company I was with vanished from my sight; there remained Jesus and I’” (no. 9, emphasis added).

Claiming a headache, she left the dance and made her way to an open church, where she prayed to know her path, a path that took her to religious life and, eventually, heaven. But it was her free will cooperating with God’s impatience: she could have stayed at the dance, but then neither I nor my reader would likely be talking about Ms. Faustyna Kowalska of Łódź, Poland. She seized the kairos and took the jump.

Advent is a time of preparation. It’s a time of preparing not for a historical commemoration of Jesus’s birth but for preparing for His coming into my life now and his Coming at the inevitable End of Time, a dawning after a night well spent, a daybreak drawing near (Rm 13, I Sunday of Advent, Reading II, Year A). And, in the end, like with St. Faustyna, “there remain[s but] Jesus and I.”

December is often a time consumed by parties and dances, “carousing and drunkenness and the anxieties of daily life” … and Christmas shopping. Advent asks us instead to consider Our Lord’s question to Sister Faustyna, a question he poses to each of us: “How long shall I put up with you, and how long will you keep putting me off?”

Becoming a Christian — How Does Th...