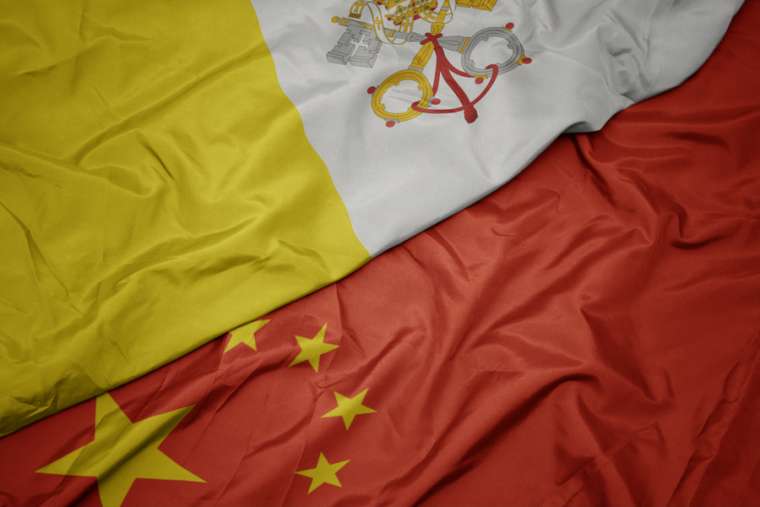 The Holy See faces mounting criticism for its silence on human rights abuses in China ahead of the expected renewal of the controversial 2018 agreement. But is the Vatican’s silence strategic, and if so, is the strategy working?

It has been two years since the 2018 Vatican-China deal on the life of the Church in the country was signed. In that time, China has escalated its persecution of religious and ethnic minorities.

More than a million Uyghurs are held in concentration camps and subjected to genocidal practices of forced sterilizations and infanticide, along with anti-religious indoctrination, torture, and forced labor.

After nearly a year of pro-democracy demonstrations in Hong Kong in 2019, China has imposed sweeping crackdowns on the most basic forms of free expression in the formerly self-governing territory.

Meanwhile, back on the mainland, Catholic bishops, priests, and lay faithful who refuse to acquiesce to demands from the Communist Party-controlled Catholic Patriotic Association remain liable to be evicted, arrested, imprisoned, or even disappeared.

Amid all of that, the Vatican has remained quiet. While speaking out on political and religious freedom abuses in countries like Belarus, Syria, and Nigeria, Pope Francis has famously declined to comment on the world’s most populous nation, and the subject of the Church’s most fraught diplomatic and evangelistic efforts.

Criticism of Rome’s silence has mounted as the September deadline for renewing the 2018 deal looms. What chance is there, some ask, of Rome applying effective pressure on China in private if they cannot do so in public?

But, while the Vatican may not be speaking out on China, the Church is not short of outspoken voices.

Cardinal Joseph Zen, bishop emeritus of Hong Kong, has been a strident critic of both the Chinese regime and the Vatican’s dealings with the Communist Party. Zen has repeatedly called out Cardinal Pietro Parolin, the Vatican Secretary of State, for playing politics with the souls and lives of Chinese Catholics and insisted that the 2018 deal amounts to a betrayal of the faithful.

Despite Zen’s vocal, even personal criticism of the Vatican, there has been no effort in Rome to either refute his arguments or limit his interventions regarding Beijing.

Cardinal Charles Muang Bo of Yangon – who was made a cardinal by Pope Francis in 2015 – has been similarly unsparing in his criticism of China.

In April, he accused the “despotic” Beijing regime of effectively causing the global coronavirus pandemic through its “inhumane and irresponsible” policies. He also called out the Communist “campaign against religion, resulting in the destruction of thousands of churches and crosses and the incarceration of at least one million Uyghur Muslims in concentration camps.”

Bo also cited the case of Hong Kong, “once one of Asia’s most open cities, [which] has seen its freedoms, human rights and the rule of law dramatically eroded.”

Last week, Bo joined Cardinal Ignatius Suharyo of Jakarta – made a cardinal by Francis only last year – in signing a letter with other faith leaders accusing China of “potential genocide.”

The cardinals wrote that, among China’s many ongoing “persecutions and mass atrocities,” the worst was the incarceration of the Uyghurs and their subjection to “starvation, torture, murder, sexual violence, slave labor and forced organ extraction.”

If China is allowed to continue with “impunity,” they said, it “calls into question most seriously the willingness of the international community to defend universal human rights.”

While the comments of Cardinals Zen, Bo, and Suharyo may not be widely reported in the global press, they are closely noted in Beijing – as is Rome’s refusal to reign them in.

Two Francis-appointed cardinals, leaders of the Church in South East Asia, along with one of the most prominent pro-democracy voices in Hong Kong, have become leading public critics of the Chinese government. Some close to the Vatican-China negotiations say the Chinese now suspect them to be acting as effective surrogates for Rome. Whether by accident or design, the importance of that perception could be real.

The actual terms of the 2018 deal remain unpublished, but the publicly acknowledged purpose of the accord was to create a workable system for the appointment of bishops acceptable to the Communist government and in communion with Rome. Despite this, no actual progress has been made filling vacant Chinese sees.

More than 50 dioceses in China are now without a bishop, including Hong Kong, and the immediate priority for Rome is to see those positions filled. The impression that, given a free hand, Francis would prefer bishops in the mold of Bo and Suharyo could be useful in securing a raft of less strident but still genuinely Catholic appointments.

In the past 18 months, Hong Kong has seen two names – one ardently pro-democracy and one overtly sympathetic to Beijing – considered, confirmed by Rome and then revoked before a public announcement could be made. The appointment of a Vatican-approved candidate for the most prominent Chinese diocese around the time of an extension to the Vatican-China deal next month could provide a useful barometer of how well that strategy has worked.

In the meantime, Pope Francis remains publicly on the sidelines of the most pressing international human rights crisis in the world.

The Secretariat of State has a reputation for diplomatic subtlety, and for keeping an eye on the longest of terms. At the negotiating table with China, the Church’s international platform and moral authority is her biggest asset, but that capital is being spent on silence.

If they cannot show some kind of progress in the near future, they could soon find themselves counting the high moral cost of their diplomacy.