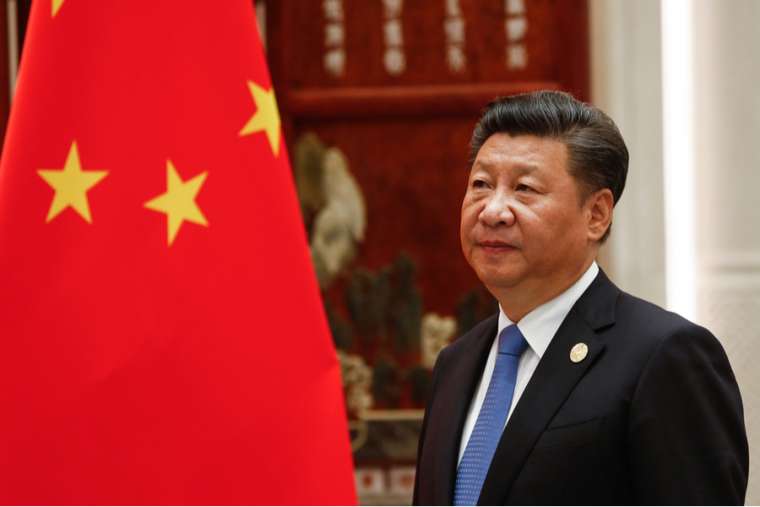 Next month, the 2018 Vatican-China deal expires. Those close to the negotiations, both in Rome and in Beijing, now confidently predict a one-year extension to the two-year deal to be agreed.

But while the last two years have failed to deliver any measurable progress on the Vatican’s priorities, the status quo of all-dialogue-and-no-delivery has strengthened China’s position over the Church in the country, and neutralized diplomatic pressure internationally.

The original provisional agreement, the details of which remain unpublished, had a two-fold aim: to unify the underground Church with the state-controlled patriotic church under Roman leadership, and to provide a workable means for appointing bishops in China.

At the end of its term, many Catholics in China conclude that, by both measures, the deal has failed.

Two years after the “underground Church” was said to have been effectively eliminated in China, many Chinese bishops and priests still refuse to sign up to the Chinese Patriotic Catholic Association, citing their objection to official pledges to the state authority and to Communist ideology which they are required to sign. Government officials have retaliated by harassing them; shutting down churches and evicting them from their homes, or by arresting them.

At the same time, and despite Rome’s acceptance of several communist-appointed bishops, no measurable progress has been made on the task of filling vacant dioceses on the mainland. More than 50 sees in China are currently empty. Those which have been filled in recent months have welcomed newly appointed bishops well past retirement age, even in their 80s, who cannot be reasonably expected to bring stability to the local Church.

Those close to the appointment process in Rome have expressed frustration with the process of episcopal appointments — the vaunted centerpiece of the entire deal. Vatican sources tell CNA that lists of acceptable candidates are carefully compiled, selections are made and sent for consultation to Beijing, where they are met with silence.

China has, according to those familiar with the talks, also kept silent when confronted about missing or arrested clergy. The matter is raised, officials in Rome insist, but no answers are given.

What, then, could the Vatican hope to achieve by extending a deal which has yielded no results?

Assuming that China wishes to see an extension – and all indications are that it does – the next few weeks provide a narrow window to apply diplomatic pressure and insist on something tangible in return for renewal.

The 2018 deal was sealed when the Vatican recognized 8 Communist-appointed bishops, previously considered schismatic, even allowing two of them to travel to Rome to participate in that year’s synod. This time around, Rome is positioned to demand a reciprocal gesture from Beijing.

In addition to more than 50 vacant dioceses on the mainland, Hong Kong has been without a bishop-proper for more than 18 months. Having misfired on the appointment of two candidates – one pro-democracy and the other pro-government – sources in Rome and China tell CNA that a third candidate, considered to be a credible middle-ground selection, has now been chosen, but not yet confirmed.

The public announcement of several high-profile appointments to Chinese dioceses, including Hong Kong, may become the asking price for the Holy See to agree to the expected one-year extension, one Beijing might be willing to entertain but try to defer.

Shortening the term from the previous two-year agreement is likely to telegraph the Vatican’s need for progress now, and to force an end to the nominations roadblock the first deal was meant to address.

For its part, Beijing will likely look to give away as little as possible and continue its proven negotiating tactic of deferring any direct requests. Those close to the negotiations suggest that the status quo is already a “win” for China.

One senior cleric on the mainland told CNA that, two years after the agreement was signed, he sees no visible benefit.

The cleric, who asked not to be named, citing concerns over government retaliation, said that the Communist priority remains bringing the Church under total state control, which Xi Jingping’s own remarks have also intimated.

“It must be understood that, to the Party, the Church is an existential threat – it is an ideological competitor with its own organizational structure and hierarchy. Sinicization is nothing to do with cultural harmony and everything to do with co-opting the Church and sanitizing it into an agent of the state.”

Throughout the last two years, local authorities have carried out programs of church demolitions, ever-tighter monitoring of religious services, and even offered bounties for information on underground worshippers.

“Local Catholics see their priests and bishops harassed, or forced to knuckle under to the Communist Party, and not a word of support or encouragement from Rome. The situation is its own catechesis on the nature of the Church.”

If the situation in China suits the Communist Party’s interests over the Church there, prolonging dialogue at the expense of the Vatican’s ability to speak publicly about the worsening situation may be equally to its benefit.

Although Beijing is known to have longer-term diplomatic aims with the Vatican, most crucially the de-recognition of Taiwan, the impression is that, for the time being, keeping the Vatican at the table is an end in itself, not a means.

As the negotiations continue, China remains the subject of growing international outrage over its genocidal treatment of the Uyghurs in Xinjiang, where more than a million remain in concentration camps. Yet despite the growing clamor from the community of nations, the Vatican – and crucially Pope Francis – have remained completely silent.

In Hong Kong, after a year of democratic protests paralyzed parts of the city and successfully defeated a controversial extradition bill, the mainland government has imposed a sweeping new National Security Law, arresting journalists and pro-democracy advocates – many of them Catholics – on charges of sedition.

But while cardinals in the region, like Cardinal Charles Muang Bo and Cardinal Joseph Zen, have been outspoken in their opposition to China’s rolling tally of human rights abuses, and have inspired action among Catholics in Hong Kong, the diocese’s interim leader, Cardinal John Tong Hon has insisted that the law will have no effect on the Church’s freedom, and has warned Catholic schools, organizations, and clergy to steer clear of politics, while offering reassurance and promoting patriotic values among the faithful.

Absent moral leadership from Pope Francis, China may well calculate that local pressure will be enough to bring the Church in Honk Kong in line.

Meanwhile, as the Church in China remains a diplomatic pawn in negotiations, actual Chinese Catholics continue to suffer under an increasingly zealous persecution.

Looking past the near-certain September announcement of a renewal for the Vatican-China deal, the more pressing question may be when, if ever, Rome will decide that the moral cost of its silence outweighs any possible diplomatic advance.

If asked, Cardinals Zen and Bo would likely have something to say about that.

Dealing with grief in a time of co...