Analysis: Two years after McCarrick investigation began, report not yet in sight 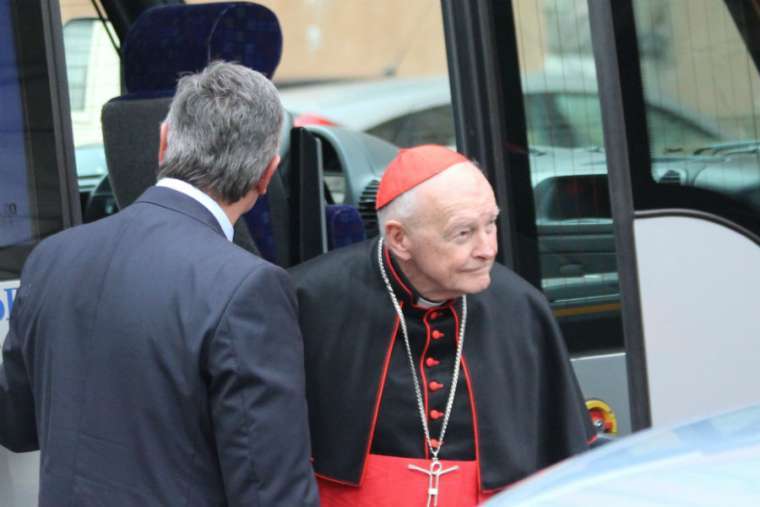 Analysis: Two years after McCarrick investigation began, report not yet in sight

OnOctober 6, 2018, the Holy See announced a review of its files and archives pertaining to Theodore McCarrick, the former Archbishop of Washington, D.C, who is now laicized and living in disgrace, a known sexual abuser who has offered no public words of repentance.

Since the Vatican’s investigation began:

– The longest government shutdown in U.S. history began and ended.

– Prince Harry and Meghan Markle, the Duchess of Sussex, had a baby, quit the royal family, moved to L.A., and signed a deal with Netflix.

– A global pandemic swept across the globe, locked down nations for months, crippled economies, and killed more than 1 million people.

In the same timeframe, here’s what has not happened: The publication of the Vatican’s report on Theodore McCarrick, his rise to power, those who aided him, those who looked the other way, and those he harmed.

The report, by many accounts, is completed. It has been rumored frequently to be on the verge of publication. But it remains unpublished.

This means that if clerics in Rome or the United States were complicit in McCarrick’s misdeeds, their complicity goes apparently unacknowledged and unaccounted for.

That if there are as yet unrecognized victims of McCarrick, they might still be living unheard, or God forbid, or unhelped.

That if there are lessons to be learned from McCarrick’s 63 years of priestly and episcopal ministry, behind which were hidden lies, deceptions, and abuses, they have gone as yet unspoken and unheeded.

Still, that the McCarrick report is unpublished does not mean nothing has been done to address clericalism, abuses of power, and episcopal misconduct or negligence since the investigation began.

The Holy See has developed new policies and procedures. So has the U.S. bishops’ conference. Even a few diocesan bishops have begun reforms of the particular diocesan law that sets standards on clerical conduct.

And investigations into several bishops accused of malfeasance have begun.

Other investigations continue.The investigation of a Minnesota bishop began, and was eventually concluded by the Holy See with a call for more investigation, which, as of now, remains ongoing.

In some dioceses, laity have been given a greater role in assisting bishops to address clerical misconduct. That comes with mixed reviews.

While in some dioceses, it is clear that lay expertise has proven a helpful tool, in other dioceses, priests and some Catholics conclude the pendulum has swung too far, and the rights of due process and a fair hearing have been jettisoned in the name of “transparency” by bishops hoping to prove they take seriously what McCarrick’s superiors apparently did not.

In some places, priests have told CNA, that amounts to lay boards with near absolute power over how a priest accused of misconduct will be treated, regardless of his rights in canon law.

Some priests tell CNA that because bishops “messed up,” their priests pay the price. One priest, who says he was denounced as an abuser even while he was cleared of wrongdoing,has sued his archdiocese, and his archbishop, for more than 2 million dollars.

One priest told CNA that bishops who failed in the past to punish abusers made the mistake of substituting their judgment for the law of the Church; bishops who now fail to afford due process to the accused, he said, make the same mistake.

On the other hand, one change regarded almost universally as positive is that in the two years since the McCarrick investigation began, the voices of victims have begun to be heard more clearly. Groups like Spirit Fire, and Catholics like Teresa Pitt Green and Luis Torres have helped the entire Church to understand how profoundly destructive clerical sexual abuse can be.

Theories about its absence abound. Some have speculated, morbidly, that the Holy See is waiting for the deaths of senior Vatican and U.S. figures at whose feet blame can be laid. Others suggest, cynically, that the Holy See may be waiting until litigation windows close, or even until the conclusion of capital campaigns. Still others theorize that the investigations of attorneys general in New York and New Jersey has slowed the release of the report.

Any of those might be true, or the reason might be something completely different. Pope Francis has often indicated that he will not be rushed on matters of this kind, and in some cases, though not all, his deliberative pace has led to positive resolutions.

When it comes, the report will probably not be easy reading for most Catholics. It will likely contain genuine scandal. It may well plunge Catholics back into the frustration, despair, and anger they experienced in June 2018, when news of McCarrick first emerged.

But until it comes, it is for many Catholics a kind of scandal in abeyance, an ominous absence they do not understand.

It is clear that the publication of the McCarrick report will not be adeus ex machinamoment that sets to right all problems in the Church. It is as likely to cause new problems as to solve old ones. But after two years of waiting for the Vatican’s report, many Catholics are eager to move forward, regardless of what the report might contain.