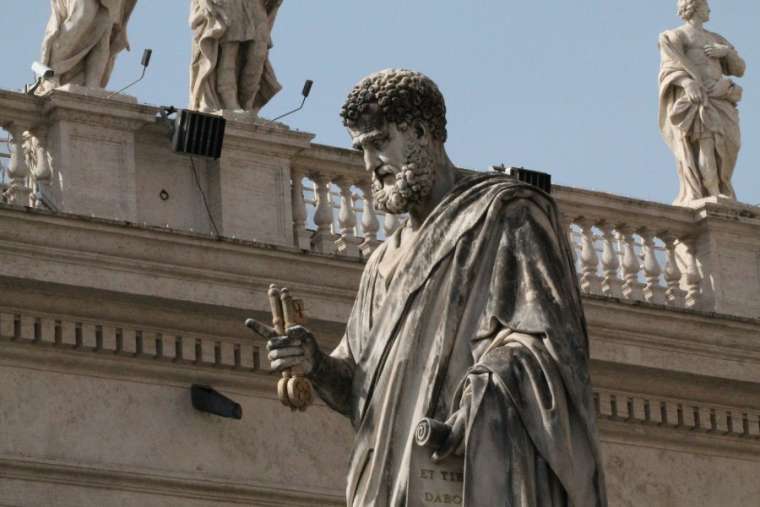 The Vatican on Thursday published a 2019 financial report on the Holy See, citing calls for greater transparency in how the Roman Curia has used the money at its disposal.

But with a Church-wide collection for the pope’s charity taking place this Sunday, thereportleaves open questions about how the Vatican has administered the millions of dollars of donations made to Peter’s Pence in recent years.

“Those who ask for transparency are right,” Fr. Juan A. Guerrero, S.J., the Vatican’s economic chief, said Oct. 1, in aninterviewaccompanying the publication of the 2019 budget.

“The faithful have the right to know how we use resources in the Holy See. We are not owners, we are custodians of goods we have received,” Guerrero said.

He added that this was why the Holy See had presented the 2019 budget: “To explain to the faithful … what the resources of the Roman Curia are, where they come from and how they are used.”

But some of the resources managed by the Roman Curia in 2019 were not included in the report — namely, those of Peter’s Pence, the annual collection to finance the pope’s charitable works and other priorities, which provided the Holy See with 66 million euros (about $78 million) in 2019, Guerrero said.

Together with other Vatican entities which collaborate financially with the Holy See, Peter’s Pence was not included in the report of the Secretariat for the Economy — except to show the proportion it contributed to the overall net equity of the Vatican.

The 12-page statement from the Secretariat for the Economy listed the income and expenditure of the 60 departments which strictly make up the Roman Curia, the administrative institution of the Catholic Church.

The Peter’s Pence collection, which traditionally takes place in churches on June 29, wasmoved this yearto Oct. 4, the feast of St. Francis, due to “the health emergency situation.”

“The help of the faithful to [Peter’s Pence] is a concrete way of collaborating with the mission of the Holy Father for the good of the whole Church,” Guerrero said.

He explained that donations to the Church by Catholics, including those made to Peter’s Pence, contribute 35% to the expenses of the Holy See, which sustains local churches and missionary territories, as well as providing aid to churches in countries with acute needs, such as recovery from natural disasters.

But questions have arisen in recent years about how Peter’s Pence funds were used by the Secretariat of State, especially by Cardinal Angelo Becciu, whodramatically resignedlast week amid accusations of “misappropriation” of Vatican funds to make questionable investments and help businesses owned by family members.

The Holy See budget was published a week after Becciu was requested by Pope Francis to resign from the Roman Curia and to give up the “rights” of cardinals. His resignation followed more than a year of reports by CNA and other news outlets about his use of funds while sostituto of the Secretariat of State from 2011 to 2018, including in the controversial purchase of the London building at 60 Sloane Avenue.

Becciu defended the use of the charitable funds for the investment last year. He told ANSA in 2019 that there was a difference between Vatican funds intended for the benefit of the poor and the proceeds of the annual Peter’s Pence collection.

“The Pence is not only for the pope’s almsgiving but also the funding for his pastoral ministry,” Becciu said, suggesting that the Secretariat’s two investments in the luxury London apartment development were an appropriate use of donated funds.

More recently, a report in Italian media claimed that documents showed Becciu handed over millions of euros of investment funds from the Secretariat of State and from Peter’s Pence to Enrico Crasso, the manager of Centurion Global Fund, an investment fund used by the Secretariat of State, with links to two Swiss banks investigated or implicated in bribery and money laundering scandals.

The L’Espresso report also claimed that Becciu used Peter’s Pence money to finance projects owned and operated by three of his brothers.

The Becciu family said Sept. 25, in a statement from their lawyer, that the reports were “unfounded and maliciously false, in particular for the imaginative and unprovable references to alleged donations from Peter’s Pence.”

In a press conference the same day, Becciu himself denied that any money from Peter’s Pence was used to purchase the property at 60 Sloane Avenue in London.

In Thursday’s interview, Guerrero said: “The faithful want to contribute to the mission of the Church, but a policy of external transparency and communication capable of conveying precisely how we use the money we receive and administer is essential.”

Clarity on discrepancies in how Peter’s Pence has been used would be a significant step towards the transparency that the Vatican says it wants to offer, and help the Church’s mission to be better served by the Roman Curia and by the Catholics who support it.