Analysis: What does Cardinal Farrell’s promotion say about the McCarrick report? 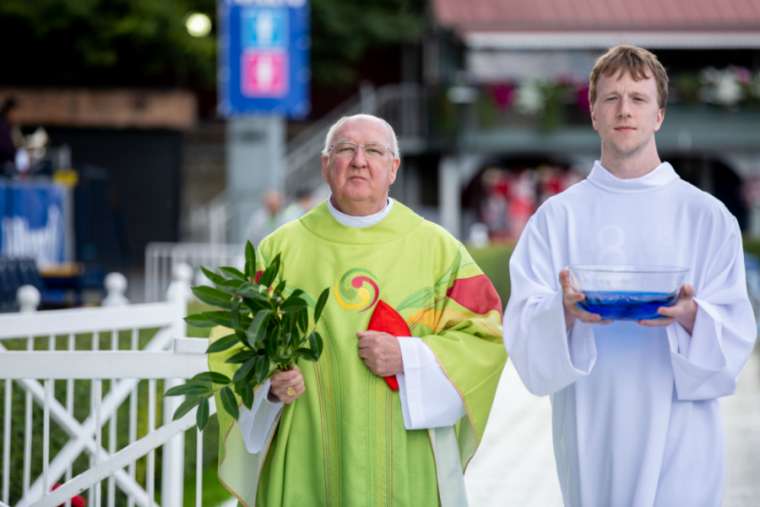 Analysis: What does Cardinal Farrell’s promotion say about the McCarrick report?

Because of Farrell’s background, the cardinal’s promotion raises questions about what is contained, and not contained, in a long-awaited report on the Vatican’s investigation into the career, connections, and sexual malfeasance of Theodore McCarrick.

Already thecamerlengo—charged with leading the College of Cardinals when the pope dies— Farrell will now be given singular insight into the Vatican’s finances, and into progress in the ongoing task of Vatican financial reform and accountability.

The transactions Farrell will oversee involve matters governed by the pontifical secret, matters pertaining to the international sovereignty of the Holy See, and matters pertaining to high-level diplomatic relations; Farrell and his committee will be therefore uniquely informed about issues of Church governance and statecraft at the highest level, and, one supposes, exercise some control over the purse on those fronts.

Information is currency in Rome, and Cardinal Farrell’s new position makes him uniquely informed, and therefore among the most powerful figures in Vatican leadership.

Farrell, 73, was born in Dublin, and was ordained a priest of the Legion of Christ in 1978. He left that religious order in the 1980s, and was incardinated in the Archdiocese of Washington. He was a pastor, director of the archdiocesan Hispanic center, briefly director of Catholic Charities, and spent the 1990s as archdiocesan CFO.

In 2001, the year McCarrick came to Washington, Farrell became vicar general of the Washington archdiocese and an auxiliary bishop. Farrell also served as moderator of the archdiocesan curia; as both vicar general and moderator of the curia, he would have been McCarrick’s principal deputy on matters related to finances, parishes, schools, charitable projects, ministry programs, and the chancery staff of the archdiocese.

During the time in which Farrell lived with McCarrick and was his principal deputy in Washington, the Archdiocese of Newark paid into an $80,000 settlement with a laicized priest who claims he was abused by the former cardinal. In the same time period, the Diocese of Metuchen received several complaints that McCarrick committed abuse, which it referred to law enforcement and settled out of court. In 2006, the Diocese of Metuchen paid a separate $100,000 settlement to a laicized priest who said he had been abused by McCarrick.

In the same year, 2006, McCarrick moved from the apartment he shared with Farrell into a seminary in the Washington archdiocese.

After McCarrick retired, Farrell’s new boss was Cardinal Donald Wuerl, who first heard in 2004 an allegation that McCarrick had abused a priest – the priest, in fact, who was paid $80,000 by the Archdiocese of Newark while McCarrick and Farrell lived together.

In the months they worked together, before Farrell became Bishop of Dallas, the matter apparently did not come up between Wuerl and his deputy.

Farrell claimed in 2018 that, even while he lived with McCarrick and was his principal deputy – even while issues concerning archdiocesan litigation and public relations were his responsibility – he never had “any reason to suspect” the multiple sex abuse allegations and payouts against his boss, personal friend, and mentor.

Farrell is not known to have raised objections to McCarrick’s move into a seminary, his employment of seminarians as drivers and secretaries, and his continued vocations work in the Archdiocese of Washington, presumably because, as he said, he had neither knowledge nor suspicion of McCarrick’s proclivities.

But when he said in 2018 that he neither knew or suspected anything about McCarrick’s misdeeds, journalists of all stripes suggested that Cardinal Farrell’s claim strained credulity.

Journalists, priests, and Catholic academics have said they heard rumors about McCarrick during the time Farrell was his second-in-command. And McCarrick himself was informed of the allegations against him, and of subsequent settlements, while he lived and worked with Farrell.

Still, Farrell has insisted that he knew nothing about the numerous sex abuse allegations and payouts surrounding his boss.

And this month, Farrell received his second major promotion since the McCarrick scandal began; his first was the appointment ascamerlengoin February 2019.

Of course, some observers have questioned the wisdom of appointing to such important leadership positions a person who failed to hear, notice, or suspect an issue with McCarrick, even as legal settlements began to stack up. But that prudential judgment is a matter for the pope to decide. Of more general interest is what the Vatican’s report on McCarrick will say about a bishop who is suspected by some of being less-than-forthcoming about his former boss, and has been promoted anyway.

Since Farrell was just promoted, it seems obvious the report will not find he was complicit or willfully silent in a cover-up of McCarrick’s misdeeds. This means the report will either take the cardinal at his word, acknowledge the issue but reach no conclusion, or ignore the matter entirely.

It may be that Farrell actually had no idea about McCarrick, as he has said. But the McCarrick report is expected to do more than take denials at face value while moving through the long list of people who might have known something about McCarrick and failed to intervene.

If the report doesn’t seriously examine the plausibility of Farrell’s denial, it will almost certainly be accused by some Catholics of perpetuating the kind of clericalist cover-up it is expected to expose.

If the report examines the issue, and is inconclusive about what Farrell knew or didn’t know, the wisdom of his promotion will be called into question, and the scandal of the appointment will be raised. Some commentators will wonder whether the Holy See has appreciated the kind of mistrust garnered by the McCarrick scandal, and how often the Farrell denial has been a focal point of those who are having trouble trusting the Vatican’s commitment to transparency.

The Holy See will be expected to answer those questions, and their answers could give important insight into the pope’s approach to those in close proximity to scandal.

But if Farrell is not raised at all in the report, at least some commentators will wonder if the report had any intention of examining the networks of silence and complicity surrounding a serially abusive cardinal who damaged the integrity and credibility of the Church, or whether it was announced and produced to placate angry American Catholics, with little intention of holding enablers to account.

Some, no doubt, will ask whether the Holy See really is serious about transforming ecclesial culture, and excising enablers from the ranks of Church leadership.

There has been keen interest among some U.S. Catholics in the McCarrick report, whose publication has now seemed imminent for nearly a year. But whether the promotion of a key McCarrick collaborator has deflated that interest, and with it hope for Vatican accountability, remains to be seen.