Another Woman Who Thinks She’s a Catholic Priest 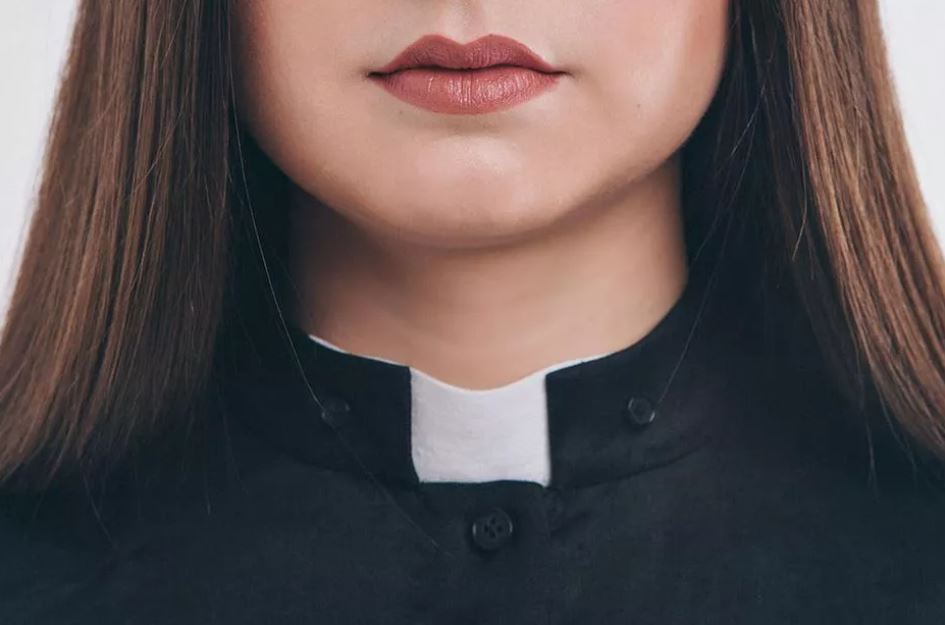 Another Woman Who Thinks She’s a Catholic Priest

“I declare that the Church has no authority whatsoever to confer priestly ordination on women and that this judgment is to be definitively held by all the Church’s faithful.” —Pope St. John Paul II

On June 20, Jane Reina believes she was ordained to the Catholic priesthood at Mary of Magdala, an independent religious group in Fort Collins, Colorado. Being “independent,” as opposed to being united as one, is neither biblical nor Catholic, but that is where her story begins. Since the cry for a female priesthood in the Catholic Church continues in some confused corners and is played out in churches using the Catholic name, it’s important to understand why there is no female priesthood.

I read that “Reverend Jane” (just plain Jane to us), celebrated her first “Mass” on July 26. But that is fake news. Only a man ordained to the Catholic priesthood can celebrate Mass. If you think that is archaic thinking, you are right. It is the Catholic way — reaching back to our roots and staying the course even in 2020.

When it concerns the Body and Blood of Jesus Christ we don’t mess around because, according to the Catechism of the Catholic Church, the Eucharist is “the source and summit of the Christian life. … For in the blessed Eucharist is contained the whole spiritual good of the Church, namely Christ himself, our Pasch (CCC 1324). And through the Eucharist, “we unite ourselves to Christ, who makes us sharers in his Body and Blood to form a single body” (CCC 1331). “It is directed at the liturgical celebration, by the apostles and their successors, of thememorialof Christ, of his life, of his death, of his Resurrection, and of his intercession in the presence of the Father” (CCC 1341).

And by “successors” is meant priests validly ordained by bishops with a direct, unbroken line to the Apostles. Jane cannot get into that line.

On Pentecost Sunday 1994, Pope John Paul II addressed the male priesthood inOrdinatio Sacerdotalis, reiterating the Church’s teaching in the Apostolic Constitution which has the weight of infallibility:

In calling only men as his Apostles, Christ acted in a completely free and sovereign manner. In doing so, he exercised the same freedom with which, in all his behavior, he emphasized the dignity and the vocation of women, without conforming to the prevailing customs and to the traditions sanctioned by the legislation of the time. … Christ chose those whom he willed (cf. Mark 3:13-14; John 6:70), and he did so in union with the Father, ‘through the Holy Spirit’ (Acts 1:2), after having spent the night in prayer (cf. Luke 6:12). Therefore, in granting admission to the ministerial priesthood, the Church has always acknowledged as a perennial norm her Lord’s way of acting in choosing the twelve men whom he made the foundation of his Church (cf. Revelation 21:14)

.…Furthermore, the fact that the Blessed Virgin Mary, Mother of God and Mother of the Church, received neither the mission proper to the Apostles nor the ministerial priesthood clearly shows that the non-admission of women to priestly ordination cannot mean that women are of lesser dignity, nor can it be construed as discrimination against them. Rather, it is to be seen as the faithful observance of a plan to be ascribed to the wisdom of the Lord of the universe.

The presence and the role of women in the life and mission of the Church, although not linked to the ministerial priesthood, remain absolutely necessary and irreplaceable. As the Declaration Inter Insigniores points out, ‘the Church desires that Christian women should become fully aware of the greatness of their mission: today their role is of capital importance both for the renewal and humanization of society and for the rediscovery by believers of the true face of the Church.’

…In order that all doubt may be removed regarding a matter which pertains to the Church’s divine constitution itself, in virtue of my ministry of confirming the brethren (cf. Luke 22:32) I declare that the Church has no authority whatsoever to confer priestly ordination on women and that this judgment is to be definitively held by all the Church’s faithful.

The Vatican’s Congregation for the Doctrine of the Faith issued a decree in 2008 stating that women who attempt to become priests would be automatically excommunicated. Pope Francis reaffirmed this law in 2013, stating that the door to women’s ordination has already been closed. There are 2,000 years of unity among the bishops on a male-only priesthood for the Church’s decision made with prayer, the Bible, tradition and the wisdom of theologians.

Clamoring to ordain women is no solution to any of the Church’s problems or a way to lift up women. Nor is it even possible.

Let us pray for the real priesthood as instituted by Jesus Christ, for faithful men willing to give their lives to serve God’s people. The scandals in the Church have come from weak and sinful priests who abandoned their vows. I highly recommend the book (and have given copies to seminarians) The Priest We Need to Save the Churchas powerful plea for holiness and the way to get there. Let us keep the priesthood in our daily intentions.