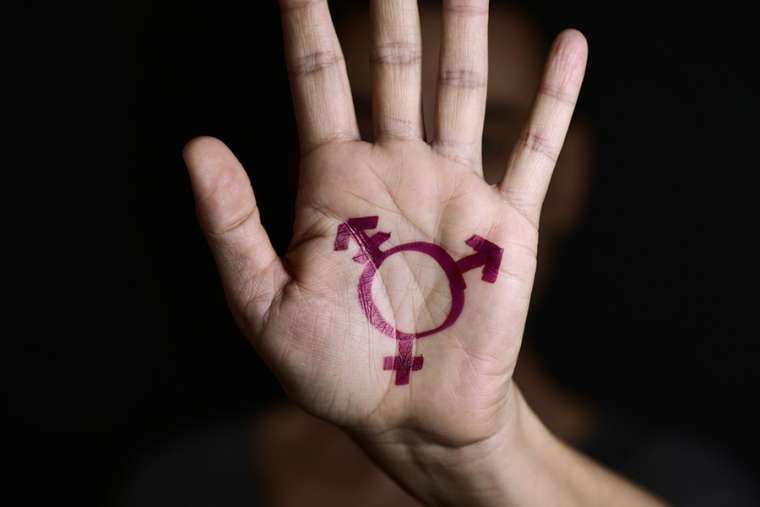 Christ draws close with love and compassion, as well as a challenge, for people who experience discord between their gender identity and their biological sex, Archbishop Robert Carlson of Saint Louis said in a reflection dated June 1.

The 12-page reflectionnotes that people who experience gender dysphoria are “uniquely vulnerable” and must be treated with care and compassion. The archbishop also notes that the Church has a duty to teach and affirm a Christian anthropology, which sees the unity of gender identity and biological sex as the path to human flourishing and, ultimately, to heaven.

“God made us male and female. God also made us as a union of body and soul. God has a purpose and a plan in giving us the male or female body we have,” the archbishop noted.

Carlson said he was inspired to write this reflection after a January 2020 visit with Pope Francis and the bishops of his region. During the visit, Pope Francis encouraged the bishops to address the issue of transgender theory, or gender ideology, with the Catholics in their dioceses.

Carlson is one of a small but increasing number of Catholic bishops and Catholic leaders in the U.S. who have issued statements on gender ideology, as well as guidelines for people with gender dysphoria who are participants in diocesan institutions or events. The Vatican has also recently issued recent documents on the subject, including a book released in June by the Pontifical Council for Promoting the New Evangelization, as well as the 2019 document Male and Female He Created Them, issued by the Congregation for Catholic Education.

Carlson stated that his reflection did not offer a “comprehensive treatment” of the problem, but rather an addressing of a few of its “principal aspects.”

The archbishop said he wanted his reflection to begin and end with thoughts of compassion and care for people who experience transgender dysphoria, which he noted is a condition that puts people “at risk for a whole series of poor health outcomes. They experience higher rates of anxiety, depression, and substance abuse, and have a much higher rate of suicide attempts than the general population. They are uniquely vulnerable.”

People with gender dysphoria are experiencing hurt, the bishop said. And whether people who believe their gender does not match their biological sex are making the choice freely or feel that it is a condition they experience not of their free will, Christ draws close to those experiencing hurt, he noted.

Some examples of Christ drawing close to hurting people from the Gospels which Carlson pointed to included Zaccheus the tax collector, who is visited by Christ in his home, and the woman with a haemorrhage, who was healed by Christ with a touch of his cloak because of her faith.

“Whether we’re talking about sins we have freely chosen or conditions we have not the Gospels make it very clear: whatever our hurt is, Jesus came for the hurt. He doesn’t draw away there, he draws closer.”

But Christ also challenges people to live according to God’s plan, Carlson noted.

“When the Rich Young Man came to ask about eternal life Jesus both welcomed him and challenged him. He does so repeatedly with various people he encounters in the Gospels. We have to expect him to do the same with us. The welcome and the challenge are both expressions of his love,” Carlson said.

In this Gospel story, a rich young man approaches Christ and asks what he must to do to have eternal life. Christ tells him to follow the commandments, to sell all that he has to the poor, and to follow him. The rich young man “went away sad, for he had many possessions”.

“Do you ever wonder if he came back? I think part of the reason we never hear is that the ultimate point of the story isn’t what happened to him. The point is: I am the Rich Young Man, Jesus asks something of me, and I have to decide how to respond. I can walk away sad, or I can embrace his challenge,” the archbishop said.

The challenge for people with gender dysphoria, then, is to live according to God’s plan for sexuality, which does not separate gender from sex, Carlson noted.

“Based on the unity of the human person, the basic challenge on this matter is articulated by the Catechism of the Catholic Church when it says: ‘Everyone, man and woman, should acknowledge and accept his sexual identity.’ Long before gender ideology was a cultural topic, the Catechism had already named the central issue: this is a question of reconciling ourselves to the physical facts of sexual identity, not trying to change the facts according to how we think and feel,” he said.

This does not mean that one must live according to rigid stereotypes, he noted.

“How we live our masculine and feminine identity is certainly diverse, and there needs to be room for that. There’s a wide variety of personalities, and they don’t always fit gender-stereotypes. But that doesn’t mean being male or female is negotiable, or that sex and gender can be separated. Being male or female is written into every cell of our body, and is part of the body-soul unity that we are.”

A Catholic understanding of anthropology maintains this unity in the person, Carlson noted, including unity between sex and gender.

“The Catholic understanding of the human person holds that sex and gender cannot be separated, and that there are limits to how we should manipulate our bodies. According to the Catholic understanding there is, and is meant to be, a profound unity in the human person: ‘In fact it is from [their] sex that the human person receives the characteristics which, on the biological, psychological and spiritual levels, make that person a man or a woman, and thereby largely condition his or her progress towards maturity and insertion into society,’” he said, referencingPersona humana, the Congregation for the Doctrine of the Faith’s 1975 declaration on certain questions concerning sexual ethics.

In order for human beings to experience true freedom, the Church teaches that humans must both be able to freely choose, and freely choose what is good.

“We can all name examples of people freely choosing something that’s bad for them and bad for others. Freedom is perfected in the combination of choosing freely and choosing the good,” he said.

“A simple analogy comes from playing a musical instrument. You don’t have more freedom simply because you’ve never had lessons. You’re most free to make beautiful music when you’ve been trained and learned discipline. The same is true for excellence in human living.”

In practical applications of this teaching, Carlson said that people with gender dysphoria must be welcomed into Catholic institutions and events in the archdiocese, but with the understanding that the unity of their gender and sex will be respected, including use of pronouns, as well as restrooms and locker rooms, that match their biological sex, “thereby affording our bodies the healthy modesty and dignity deserved under such circumstances.”

“Those who experience discordance with their biological sex should not be denied admission to Catholic schools or participation in Archdiocesan or Parish events as long as they agree to abide by these guidelines,” he added. “It’s important that we be willing to help people in their struggles and questions. Our solution can’t be to abandon them, and only welcome them after they’ve resolved their questions on their own. We want to be with people, and we need to be there for them and with them in the midst of their questions and struggles.”

In his reflection, Carlson also draws directly from the words of Pope Francis, who has numerous times spoken or written about the problem of gender ideology.

In his 2015 encyclicalLaudato si’, Pope Francis wrote that accepting one’s biological sex as a gift from God and as the foundation for one’s identity was key to a “geniune human ecology.”

“The acceptance of our bodies as God’s gift is vital for welcoming and accepting the entire world as a gift from the Father and our common home, whereas thinking that we enjoy absolute power over our own bodies turns, often subtly, into thinking that we enjoy absolute power over creation. Learning to accept our body, to care for it and to respect its fullest meaning, is an essential element of any genuine human ecology,” Francis wrote.

“Also, valuing one’s own body in its femininity or masculinity is necessary if I am going to be able to recognize myself in an encounter with someone who is different. In this way we can joyfully accept the specific gifts of another man or woman, the work of God the Creator, and find mutual enrichment. It is not a healthy attitude which would seek to cancel out sexual difference because it no longer knows how to confront it,” the pope added.

“As we have experienced the merciful love of Jesus, let’s bring that merciful love to the world,” he concluded. “And let’s remember that his love always has two parts: compassion, and the challenging truth about God’s plan. If we lack either – the compassion or the challenge – our love isn’t fully Christian.”