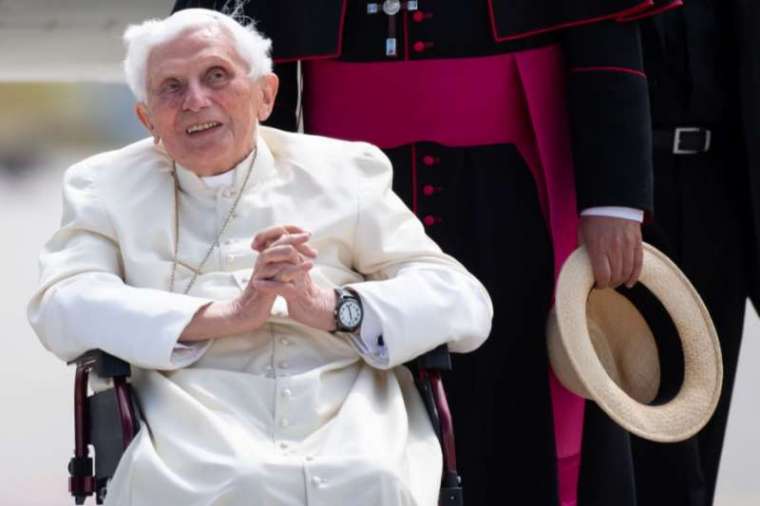 In an interview with the German newspaper Südkurier, Archbishop Gänswein is reported to have said that Benedict XVI’s “illness is subsiding” and that his medication has been reduced.

Benedict XVI has been suffering from facial shingles, a bacterial infection of the skin which causes a painful, red rash. “The pain started after the death of his brother,” Gänswein told Südkurier.

“Whilst very unpleasant and painful, the illness was not life-threatening,” the archbishop said in the article published Aug. 9.

“This is pain that I do not wish for my worst enemy,” Gänswein said.

The pope’s personal secretary gave the interview with German media while visiting his hometown of Riedern am Wald in the Black Forest.

After papal biographer Peter Seewald reported last week that the former pope has been “very frail” since his return from visiting his dying brother in Bavaria in June, the Vatican clarified on Aug. 3 that Benedict XVI’s health problems were “not serious.”

The Holy See press office said “the health conditions of the pope emeritus are not of particular concern, except for those of a 93 year old who is going through the most acute phase of a painful, but not serious, disease.”

Seewald made the comments about Benedict XVI’s health after seeing him at his Vatican home in the Mater Ecclesia monastery on Aug. 1 where he presented a copy of his latest biography of the retired pope.

The journalist said despite his illness, Benedict was optimistic and stated he might take up writing again if his strength returns. Seewald also said the former pope’s voice is now “barely audible.”

German media also reported Aug. 3 that Benedict has chosen to be buried in the former tomb of St. John Paul II in the crypt of St. Peter’s Basilica. The body of the Polish pope was moved into the upper part of the basilica when he was canonized in 2014.

Like John Paul II, Benedict XVI has written a spiritual testament which can be published after his death.