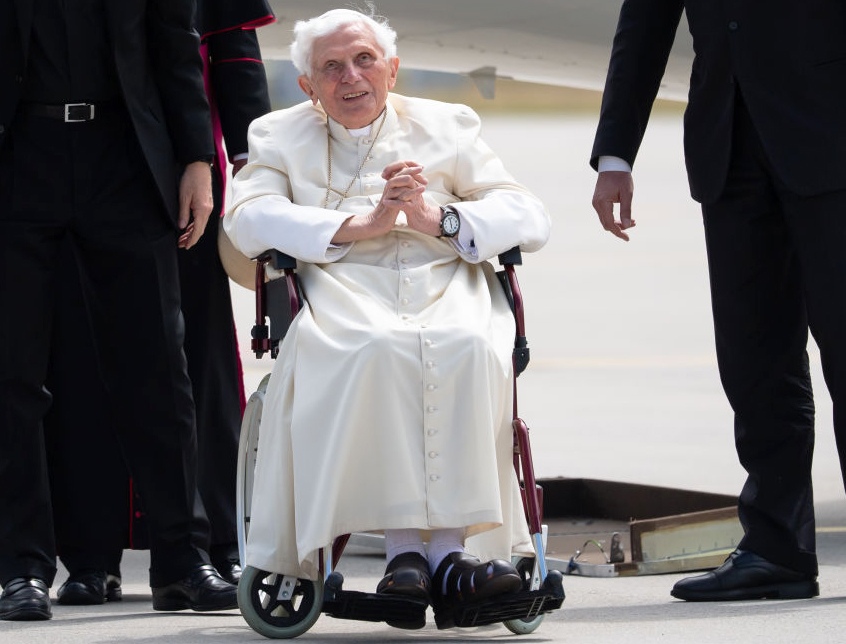 The latest news of Benedict’s condition came from his biographer, Peter Seewald, who visited the Pope Emeritus over the weekend.

VATICAN CITY — The health condition of Pope Emeritus Benedict “does not give cause for particular concern, except for a 93-year-old man who is overcoming the most acute phase of a painful, but not serious, illness,” his personal secretary Archbishop Georg Gänswein said Monday.

His comments, given through the Vatican press office this evening, came in response to areportin this morning’sPassauer Neue Presse(PNP) that Benedict XVI was “seriously ill” and suffering from facial erysipelas, a bacterial infection of the skin that causes a painful, red rash.

The infection, which mostly affects infants and the elderly, can cause fever, headaches and lymphedema and is treated with antibiotics. A form of herpes or shingles, it is not considered life-threatening.

The news of Benedict’s condition came from his biographer, Peter Seewald, who visited the Pope Emeritus over the weekend to present him with a copy of his extensive new biography calledBenedict XVI: A Life.

Seewald told the PNP that Pope Benedict had become “extremely frail” since his return from traveling to Bavaria in June to visit his ailing older brother, Msgr. Georg Ratzinger, who died July 1. “His thinking and his memory are quick, but his voice is hardly audible at the moment,” Seewald said.

The Register asked Seewald if he could add anything more about Benedict’s condition and whether those around him were concerned. Unable to communicate as he was on vacation in an area with poor communications, he pointed to a shortinterviewhe gave earlier to the Austrian Catholic news site Kath.net.

In that interview, Seewald said Benedict was “optimistic that he will soon regain his strength” and that he “accepts the disease humbly and does not want to cause a great deal of attention.”

Seewald added that the effort taken to travel to Regensburg in June “increased” the symptoms of the disease. “After all, the retired pope is already 93,” he added.

In his comments to the PNP, Seewald also recalled that, like John Paul II, Benedict has written a spiritual testament to be published after his death. He added that Benedict has chosen to be buried in the former tomb of St. John Paul II in the crypt of St. Peter’s basilica, near to the excavated bones of St. Peter.

“I find it touching and symbolic that this [location] will be in the crypt of St. Peter’s basilica, exactly where the sarcophagus of John Paul II used to be,” Seewald said.

John Paul, whom Benedict served for 23 years as prefect of the Congregation for the Doctrine of the Faith, was a pope to whom “he always felt particularly attached,” he added. The late Polish Pope’s body was translated into the upper part of the basilica when he was canonized in 2014.