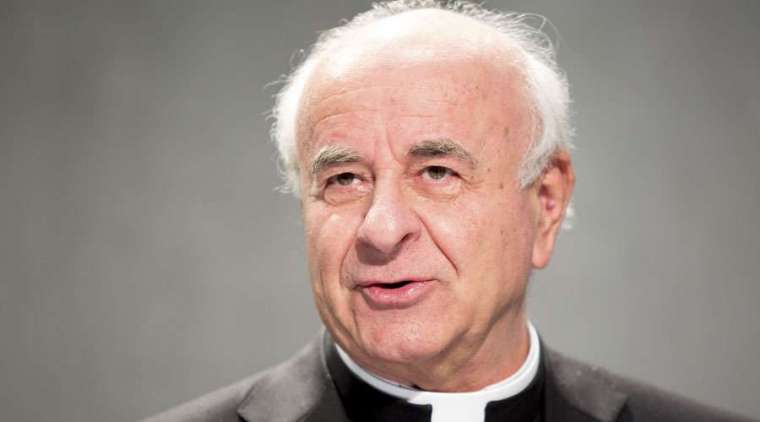 The president of the Pontifical Academy for Life said Saturday that Catholic politicians should not promote or endorse legal protections of any kind for abortion, and called Catholics to promote the Gospel of Life.

“The Church is very clear in this regard. It is a response from the Catechism. It is a great mistake to promote legislation on abortion and euthanasia,” Archbishop Vincenzo Paglia said Aug. 29, during a meeting organized by CELAM, the Latin American organization of bishops.

The archbishop offered a presentation on Pope St. John Paul II’s 1995 encyclicalEvangelium vitae, or “The Gospel of Life.”

Catholic politicians “must stop promoting laws against the life” of the unborn, Paglia said during his remarks. “There is no doubt about it.”

The archbishop said that political leaders should try to improve “bad and sinful legislation” and added that “politicians, both Christians and other politicians, have to hear the validity of supporting and aiding the lives of all, and especially of the most fragile.”

Of that obligation, Paglia, said, “there is no doubt.”

Asked about the possibility of censuring politicians who support abortion legislation, Paglia said such figures “are certainly in error,” adding that while “we are interested in the condemnation of sin” the Church’s focus must be “salvation of the sinner.”

“We are interested in the clarity of condemning the error but we must do everything to convert the one who errs, to help save him,” Paglia added.

“The Church has a great responsibility so that its members, first of all, convert to the Gospel of life, to the beauty of life. It is important that we avoid the dirty work of death and carry out the beautiful work of life,” he said.

The archbishop’s comments came amid considerable debate in several Latin American countries over the prospect of legally protecting abortion. They also came amid fierce debate over abortion in the context of the U.S. presidential election.

A Boston priestapologized last weekafter he said he believes in a “women’s right to choose,” while he endorsed pro-choice presidential candidate Joe Biden. Boston’s Cardinal Sean O’Malleysaid in response to the endorsementthat Catholics have a right to expect priests will teach the Church’s opposition to abortion clearly and unequivocally.

Portland, Maine’s Bishop Robert Deeley said in a homily this weekend that “our decision as to how we vote should be grounded in our care for each other, and particularly for those who are most needy. Our civil society does not have a religious creed. We treasure our religious freedom, and our ability to worship and live our faith as we feel called, but we also believe that we are not stopped from allowing our faith to inform our vote.”

“We focus on the common good, not our own personal interests. We ask, how can we make the world a better place, not how can I improve my own personal situation?”

While Deeley focused on the principles of voting for Catholics, some prominent Catholics have endorsed particular candidates in recent weeks.

Sr. Dede Byrne, a surgeon and retired army colonel, spoke at the Republican National Convention, where she called President Donald Trump“the most pro-life president this nation has ever had,” in an endorsement of the president.

Canon law prohibits priests and members of religious orders from endorsing political candidates without the permission of their ecclesiastical superiors.

In his remarks Saturday, Archbishop Paglia spoke also about “gender ideology,” which he called a “cultural setback.”

Catholics must “tell the promoters of this doctrine that they are going backwards, that they are going even against the evolution of Darwin. There are millions of years in which evolution shapes man and woman in different ways. Diversity and richness, that’s the theme. Unfortunately today, a secular culture cannot sustain the force of diversity.”

Paglia also highlighted the importance of rediscovering “the alliance of man and woman,” as well as their “diversity that permeates and generates life” in marriage and the family.

The archbishop called Catholics to “reflect on the contents of our faith and transmit it to the school, university, economy, politics, art, literature,” and other aspects of culture.

“The Church is much more expert than the others in humanity. We have the gift of the Spirit to offer wise reflections beyond those of others. The problem is waking up from the dream and abandoning the interiority that makes us play defense. Today we need to be able to show the height, the depth and the beauty of the Christian mystery,” Paglia added.