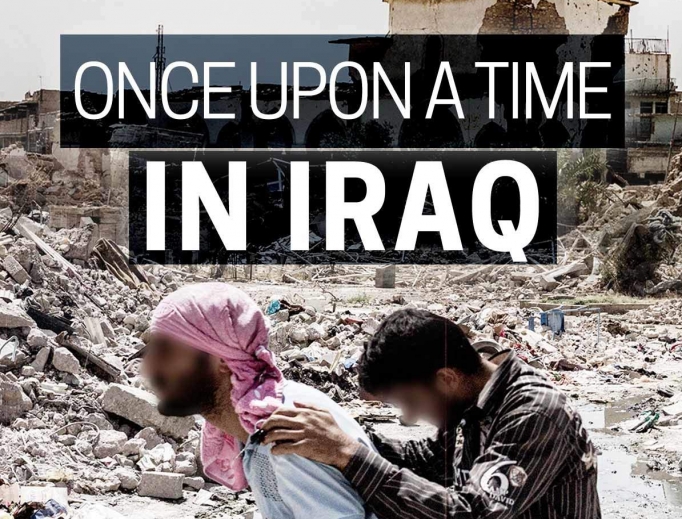 Chaldean Catholic Archbishop Bashar Warda said the documentary’s failure to discuss the plight of Iraq’s persecuted minorities ‘is tantamount to showing we do not matter and should have no voice.’

A new five-hour documentary series on the social impact of the Iraq War made for the BBC and PBS has been roundly criticized for entirely ignoring the plight of Iraq’s persecuted Christians and other minorities.

In an Aug. 20 open letter to the BBC, Chaldean Catholic Archbishop Bashar Warda of Erbil in northern Iraq said the airbrushing of any mention of the country’s minorities in the program, calledOnce Upon a Time in Iraq, raised “grave concerns” about the program’s editorial process.

Made by British filmmaker James Bluemel and aired on the BBC over the summer, the series aims tooffera “personal archive from civilians and soldiers from both sides of the conflict.”

Those interviewed share their personal accounts and recollections of life under Saddam Hussein, the U.S.-led invasion, and the years of chaos and hardship that followed, including sectarian violence and the atrocities carried out by the Islamic State group, which occupied parts of northern and central Iraq from 2013 to 2017.

The program was produced by KEO films, an independent company thatdescribesitself as having a “strong ethical brand reputation and innovative approach” that have led its programs to being “ratings powerhouses and award winners.”

In his Aug. 20 letter, Archbishop Warda said the omissions, especially as the U.S. government had declared the persecuted minorities to be victims of genocide by Islamic State, was “both wounding and damaging.”

“It is wounding because I feel it is tantamount to showing we do not matter and should have no voice,” Archbishop Warda wrote. “Those like ISIS, who have persecuted us, have consistently sought to deny us a voice.”

He said it was damaging because of the BBC’s “global reputation and credibility,” which makes the program a “profound setback to achieving understanding of the atrocities committed against us and our plight on the global stage.”

The program was also a “dereliction” of the BBC’s commitment to impartiality, the archbishop added. The commitment, which dates back to its founding, aims toensurea “range of views is appropriately reflected” so that “no significant strand of thought is under-represented or omitted.”

Archbishop Warda called on the BBC to rectify the omissions “so far as it is possible,” and include corrections. “I appeal to you to consider my letter seriously and the pain this has caused to these minority communities in Iraq who followed it in the U.K., U.S., and other countries,” he wrote in closing.

John Neill, a volunteer aid worker for the Chaldean Archdiocese of Erbil, noted that not only was there “no mention of the Yazidis in the whole series” but that it also ignored the presence of Iranian militias, which are “causing a huge issue of security, resulting in the minorities fleeing for the diaspora.”

The most used words in Iraq are “hope” and “voice,” Neill told the Register, but the series “denied the minorities both.” The Yazidis, a small ethno-religious minority who were targeted for genocide by ISIS because of their syncretistic religious beliefs, are a “deeply damaged and traumatized people,” and all Iraq’s ancient minorities are in “desperate need” of “education, livelihood programs, capacity building, rights and security,” he said.

Murad Ismael, a Yazidi activist and former director of the Yazda Organization, said the BBC program’s omission of the “Yazidis, Christians, Kakais and others is a false representation of Iraq,” adding it was “very regrettable” that a “major global media outlet” would “completely ignore one of the most important parts of Iraq’s reality.”
The denial of crimes committed against the Yazidis and other minorities takes many different forms, Ismael told the Register, “including the subjective, cherry-picked media coverage, which is utterly unacceptable.”

“The story of minorities in Iraq is the story of some two million Iraqis who found themselves on the run for their lives,” he added. “Thousands were killed, other thousands were enslaved, and hundreds of thousands lost their homes, churches, temples, and everything they ever owned — if all that is not worth being a part of Iraq’s story, I don’t think there is a story to be told at all.”

In response to the criticism, a BBC representative saidOnce Upon a Time in Iraqis a “highly-acclaimed series from award-winning producers” which “does not claim to offer a definitive history of the Iraq War or its people; rather it seeks to tell the stories of individuals from many sides of those conflicts — civilians, soldiers and journalists — allowing the audience to understand the impact of war on a personal level, and what it was like to live through key moments.”

But Thomas Farr, president of theReligious FreedomInstitute, an NGO working to achieve worldwide acceptance ofreligious freedom, criticized the response as “self-congratulatory, arrogant and revealing.” He told the Register that the omissions are “inexplicable” in themselves, and help “explain why public awareness of massive global religious persecution and its effects on human dignity and international security is so low.”

The Register contacted Bluemel for comment. He did not respond, but in a July 13articlein the U.K.’sTelegraphnewspaper, he wrote that he did not want to make “a regular documentary where I interviewed politicians, decision makers and the key players” and instead wished to “tell the story through the eyes of those whose lives were impacted and altered by those political decisions.”

The BBC has been increasingly criticized in recent decades for its lack of impartiality on a range of issues, and especially when it comes to religious and political coverage. But such failures are not just limited to the BBC but particularly common in the mainstream media, according to Nina Shea, an expert in religious freedom atthe HudsonInstitute.

She said the BBC and other mainstream media “typically suffer from secular myopia, meaning they are blind to religious influences in world events” and that this is “particularly true” when it comes to “Christianity and Judaism for those covering the ‘Muslim’ Middle East.”

Shea pointed out that Muslims are taught in Iraq and elsewhere that history began with Islam’s arrival in the seventh century, but “there is simply silence” when it comes to the “pre-existence of Christian, Yazidi, Mandean and Jewish communities and their significant contributions to Iraqi civilization” up to modern times. This is why, she added, Islamists often refer to Christians as “Crusaders” and believes the BBC may think this, too, or that the Christian faith was brought by European colonial powers and so does not belong in Iraq.

Shea also does not rule out “bias on the part of media liberals who refuse to see Christians and other Middle Eastern religious minorities as victims of persecution and, as the U.S. officially designated, under the Islamic State, genocide.”

Such bias, she said, misses a “major piece of the Iraq War history,” namely how such ancient communities have been “all but eradicated” since 2003 and are still struggling to rebuild. “The story of the Iraq War’s consequences, including the rise of ISIS that led to the devastation of these ancient minorities, should be told,” Shea said.

Gregory Stanton, founding president of Genocide Watch, also noted that religious minorities in Iraq “have long been ignored” and said one reason is because the British government will not declare what happened in Iraq a genocide until a court declares it. He stressed “there is nothing” in theUN Genocide Conventionthat says only a court can use the word. “The BBC follows suit,” Stanton said. “It is an absurd position.”

The result of such “denialism,” he said, is that “protection for targeted groups always comes too late.” What is needed, Stanton added, is for a British government commission to use the word “genocide” when it is “not too late to intervene to prevent it.”

The sum of such airbrushing “makes the task of seeking international support work and humanitarian aid that much harder,” said Neill, who was also once a BBC employee. He pointed out that the Mandeans, an ethnoreligious group in Iraq dating back to the second century BC, are “nearly gone, the Yazidis have no financial support, and what happens when Christianity disappears from Iraq after 2,000 years?”

Neill said the omissions in programs likeOnce Upon a Time in Iraqmake his work of raising funds and awareness to help the minorities survive “that much harder,” at a time when the UK and Europe already “do nothing of concrete value” for Iraq’s minorities who look set to “disappear under the sight of their consulates in Erbil.”