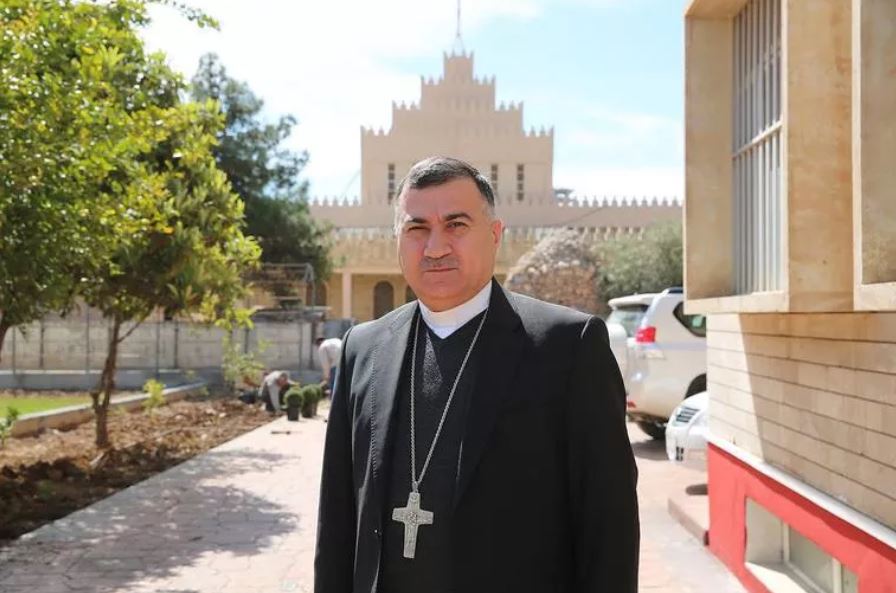 Iraqi Archbishop Bashar Warda said the first-ever visit by a pope is eagerly awaited by a people that continues to feel the effects of the Islamic State’s campaign to eradicate the country’s 2,000-year-old Christian presence.

News that Pope Francis plans to make a historic visit to Iraq in March has filled Christians in the country with “immense excitement and pride,” Archbishop Bashar Warda of the northern Iraqi Diocese of Erbil has said.

The papal visit, the first ever to Iraq, will come at a time when the ancient Christian community continues to suffer greatly from the fallout of the 2014-2017 Islamic State (ISIS) invasion including unemployment, threats to security and lack of education. The minority Yazidi community has been even harder hit, and the COVID-19 crisis has compounded the challenges.

In email comments to the Register Dec. 7, Archbishop Warda says the Holy Father’s visit will therefore bring Christians “hope, confidence and motivation in that they will never be a forgotten people,” refocusing media attention on their plight and fueling hopes that “such an historic visit will open minds for peaceful coexistence, interreligious dialogue, harmony, and reconciliation.”

The March 5-8 visit will include stops in Baghdad, the plain of Ur in southern Iraq, the city of Erbil, as well as Mosul and Qaraqosh in the Nineveh Plain. Mosul was a former stronghold of the Islamic State.

The visit depends on the state of COVID-19 infections, with the Vatican saying it would “take into consideration the evolution of the worldwide health emergency.”

Your Excellency, how important is the Holy Father’s visit to Iraq to you and all the Christians of Iraq?

Firstly, His Holiness’ visit to any country is always momentous, greatly valued and treasured by all. He comes as God’s messenger of peace, harmony and goodwill to all. His coming to Iraq is already filling our communities with immense excitement and pride.

The historic importance of this visit to the Christians of Iraq is immense. It will be a massive lift for a people who have been marginalized and pushed to the very edge of their own existence after 2,000 years. Pope Francis has always been in solidarity with the marginalized, constantly giving them a voice in his prayers, care and support.

The world cannot afford for Christianity to disappear from Iraq and the Middle East. We have been here for 2,000 years and we need help. His Holiness’ visit will refocus the media’s attention on us and other ancient minorities like the Yazidis who have suffered greatly, and shed light on our plight to survive into the future.

What message of hope do you expect he will bring?

His Holiness has given us a message in Advent and it is one to be cherished in expectation of hope and togetherness.

For the Christians it will bring them hope, confidence and motivation in that they will never be a forgotten people

We hope for all that his presence on such an historic visit will open minds for peaceful coexistence, interreligious dialogue, harmony and reconciliation.

What are the current challenges facing Christians in the country that you hope he will draw attention to, as well as those of other religious minorities?

ISIS destroyed communities and livelihoods. From August 2014 most people have been living off their savings as there remains over 70% unemployment, especially on the Nineveh Plain. Since the right to return to the villages in May 2017 there have been no significant livelihood programs. How can they live and survive without jobs? We need international support for livelihood programs to help families remain in Iraq, to live dignified lives in being able to house, clothe, educate and feed their families. The Yazidis suffered more from ISIS and they are in desperate need of help in education and jobs.

How important is education at this time?

Education is vital to bring hope to the Christians and other minorities like the Yazidis. Due to the lack of jobs most people cannot afford higher education, let alone primary/secondary education for the very poor.

With the great help of the Italian bishops’ conference, Aid to the Church in Need and the Knights of Columbus, we established the Catholic University in Erbil (CUE) five years ago. Education in critical thinking provides long-term platforms for reconciliation, social cohesion, religious freedom and justice for all. We are seeking international support in scholarships that will automatically allow the poor, minorities and Muslims, to come to the CUE. Education is also vital for the hope of the parents for their young; however without jobs parents cannot afford the cost of education.

How has the COVID-19 crisis affected Christians there?

The pandemic has further exacerbated the job situation. With such high unemployment, money is not circulating; it then becomes an ever-increasing vicious circle of how to survive for all the Christian communities and minorities.

We have 2,500 families that cannot return to Mosul and the Nineveh Plain. We also have 576 Syrian families who are stuck in Erbil without the means to survive. The pressure on these families is beyond immense and for such a long time, and we worry for them and their mental well-being. We are doing our utmost to help them.

It was difficult enough before COVID, however the pandemic has entrapped all of the community in the repercussions of it: loss of jobs and the delay in paying salaries of those who have jobs by four months and more. It means the community cannot help as it did before.

We need help for education but this is becoming harder as we have our own costs to cover. We need to look after them but have limited resources, so we seek continued international help, when all of international aid is facing scarcer funds.

Security remains a source of instability and fear leading to lack of investment and to people leaving. The international community knows this. There needs to be a collective will, both internationally and locally, to right the wrongs of persecution and to protect the unprotected.

It is an issue that needs to be addressed with determination, commitment and passion in order to resolve it for the betterment for all.

What is the significance of the Pope visiting Qaraqosh? Why was that city chosen in particular?

It is the biggest of the nine Christian villages that traces its Christianity back to the fourth century. It is mainly composed of the Syriac Catholic Church. Some 11,000 families fled from ISIS as they came from Mosul, which is 20 miles away. Great efforts from the international agencies and NGOs have been put into this village in rebuilding houses, churches and other destroyed structures.

Mosul is also likely to be one of the most poignant stops on his trip — what details do you know about that stop and what would you like him to see and whom to meet?

We do not have details at this moment. The Old City of Mosul is now rubble. Christianity was a significant part of Mosul, contributing through education, medicine, sciences and scholars over the ages. It finally lost its Christianity completely when driven out by ISIS at gunpoint.

How many Internally Displaced People (IDPs) are still in the camps in Erbil and will the Pope be visiting them?

There are hundreds of thousands of IDPs and refugees in camps. I do not know if the Pope will be visiting them. They are in Christians camps.

The Pope is likely to hold interreligious meetings while in Iraq — what do you hope he will say regarding relations with Islam?

We are all Iraqis wanting to share a common feeling on nationhood. All people need to be treated with dignity as equal citizens of Iraq, regardless of faith. His Holiness will stress the fact that we are all children of God, loved equally by him.

Will the Pope’s visit help further the beatification cause of Father Ragheed Ganni and other recent Iraqi Christian martyrs?

In any beatification there are procedural steps. Apart from Father Ganni and his three deacons we have several Christian martyrs including Bishop Faraj Rahho, Father Poulis Iskander, Pastor Mundhir al-Saqqa, Father Yousif Abboudi, Tha’ir Sa’ad Abdulahad Abdul, Father Wasim Sabih Yousif al-Qas. We are a martyr Church and “the blood of martyrs is the seed of the Church.”

This Heroic Polish Doctor Was Pers...