Are We Being Played for Profit and Power? 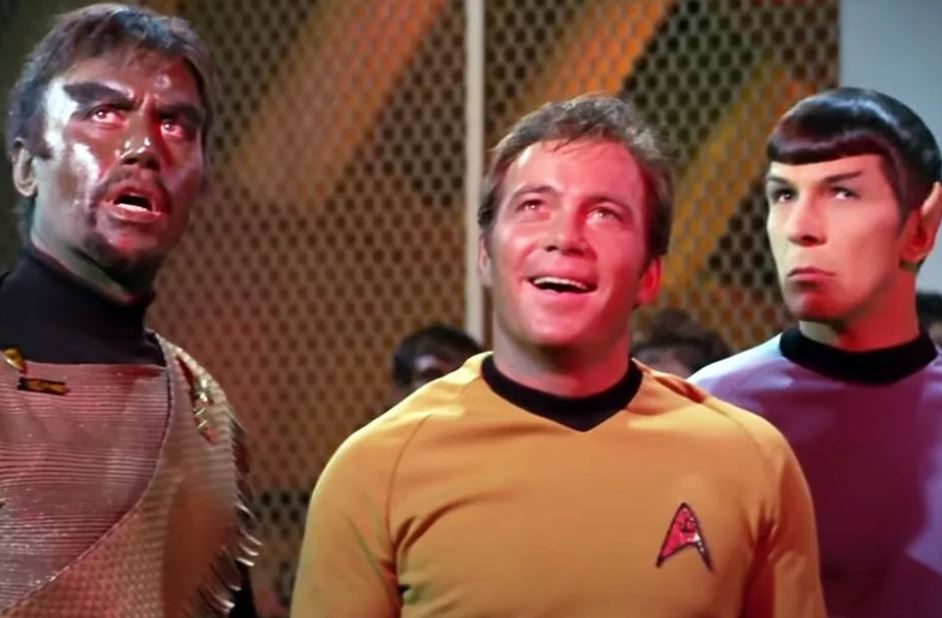 Are We Being Played for Profit and Power?

COMMENTARY: As the Klingon proverb says, only a fool fights in a burning house.

National Public Radiorecently cited a studythat purportedly demonstrates that Americans have grossly exaggerated ideas about how much we disagree with and dislike each other.

It immediately reminded me of an episode of the originalStar Trektelevision series — “Day of the Dove.” (If you’re not a Star Trek fan, please bear with me.) In this episode, an alien entity that feeds off fear and anger found and inhabited the starship Enterprise. The alien then forced two species with a history of disagreement and dispute (humans and Klingons) together aboard the Enterprise. It then proceeded to stoke rage between them by implanting false and exaggerated ideas in their minds about each other — so much so that they would attack and kill each other on sight.

The entity would then feed off the energy created by the violence, anger and fear, only to then heal those who were wounded or killed in the violence so that they could do it over and over again.

Eventually, Captain Kirk and First Officer Spock recognized how the alien entity was manipulating them all for its own purposes, and Kirk persuaded Klingon Captain Kang (with some help from Kang’s wife) that it was true. They subsequently refused to keep fighting each other any longer, and the alien entity soon left because it no longer had anything to gain from them.

I still remember being struck as a young boy at the sight of Captain Kirk and his nemesis, Kang, with their arms around each other, taunting the alien with laughter that drove it out from their midst. At the end, Kang said something to the effect of, “Out! We need no urging to hate humans. Out! Only a fool fights in a burning house!”

And now our own “house” is burning, here in the United States.

So, I wonder, can we, as Americans, recognize the entities that are manipulatinguswith exaggerated notions of how much we disagree with and disdain one another? Can we see who is stoking and feeding off the hatred and violence —- benefiting from it? Can we return to discussing the *actual* issues and differences constructively?

From a secular perspective, those who benefit most from stoking hatred and violence are actually fairly easy to identify.

The media benefit because they know from studies thatangry and fearful people watch more programmingthatreinforces their anger and fears. When we watch and read more reports that demonize those with whom we disagree, we augment our anger and fear — and drive their ratings up. When their ratings go up, they can charge companies more for advertising. It’s that simple. It’s ultimately all about power and money.

The politicians benefit because they know that bothanger and extreme polarization helptocreate loyalty and motivation. Loyal and motivated supporters reliably donate money and vote for them. Again, it’s all about power and money.

From a spiritual perspective, the source of the extreme division, strife, hatred and violence is equally easy to identify — as is the remedy:

“If you have bitter jealousy and selfish ambition in your hearts, do not boast and be false to the truth. Wisdom of this kind does not come down from above, but is earthly, unspiritual, demonic” (James 3:14-15).

“If God were your Father, you would love me, for I came from God. … He sent me. Why do you not understand what I am saying? Because you cannot bear to hear my word. You belong to your father the devil and you willingly carry out your father’s desires. He was a murderer from the beginning and does not stand in truth, because there is no truth in him. When he tells a lie, he speaks in character, because he is a liar and the father of lies” (John 8:42-44).

“The huge dragon, the ancient serpent who is called the Devil and Satan, who deceived the whole world, was thrown down to earth, and its angels were thrown down with it” (Revelation 12:9).

“The fruit of the Spirit [of God] is love, joy, peace, patience, kindness, goodness, faithfulness, gentleness, self-control…those who belong to Christ Jesus have crucified the flesh with its passions and desires. If we live by the Spirit, let us also keep in step with the Spirit. Let us not become conceited, provoking one another, envying one another” (Galatians 5:22-24).

“Get rid of all bitterness, rage and anger, brawling and slander, along with every form of malice. Be kind and compassionate to one another, forgiving each other, just as in Christ God forgave you” (Ephesians 4:31-32).

Here’s hoping and praying that we have our own moment of awareness and clarity — our own “day of The Dove” (the Holy Spirit) — and cast out the Adversary and his minions, as Kang did to the evil alien entity: “Out! We need no urging to hate one another. Out! Only a fool fights in a burning house!”

What I wouldn’t give to see that day — along with a generous dose of laughter and good will that would drive the Adversary to flee. Only then can we begin to have real, constructive conversations about solving our actual problems and disagreements as friends, neighbors, and brothers, rather than as detested enemies. Only then will we cease being puppets in someone else’s show.

Why Everyone Should Care About the...

What is the history of the rosary...