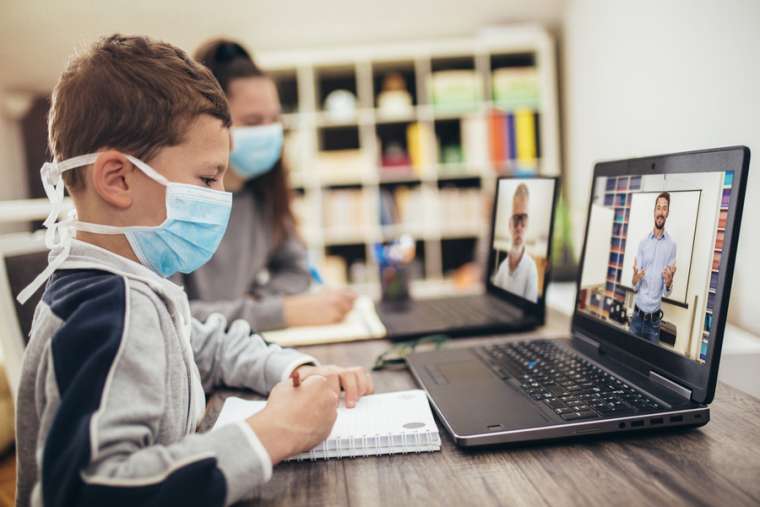 The Diocese of Arlington is launching a new virtual school for families who want a Catholic education but are worried about sending their children back to in-person classes this September as the country still comes to grips with the coronavirus pandemic.

The St. Isidore of Seville Virtual School was announced on August 12, in a press release from the Diocese of Arlington. The school, which is named after the patron saint of the internet, aims to be fully operational on September 8.

The school will serve students in kindergarten through grade eight, and class sizes will be capped at 23 people.

“We hope this new virtual school provides parents concerned about their children returning to the classroom an option they are confident will meet the high standard of excellence they have come to expect throughout our schools,” said Bishop Michael F. Burbidge of Arlington in a statement announcing the school.

Students at St. Isidore will be taught from the same curriculum as their brick-and-mortar peers in the diocese.

Burbidge praised the “great creativity and flexibility” among the Catholic school community in the diocese “that has made this new endeavor a reality.”

Dr. Joseph Vorbach, the Superintendent for Catholic Schools in the Diocese of Arlignton, told CNA that the school came about with the assistance of Burbidge during the planning process for re-opening. All of the diocese’s schools will have in-person instruction this coming school year, although some will do a hybrid model of in-person and e-learning.

Vorbach said there was a realization “that there may be some families who are committed to Catholic education, but not ready to have their child go back into the brick and mortar school building,” as well as teachers who are at increased risk of coronavirus due to various factors.

“It started to coalesce around the idea that, ‘maybe we could develop a virtual school,’” Vorbach told CNA. This virtual school would be able to address both the needs of families, as well as “take advantage of the talents of teachers who find themselves in that situation.”

Burbidge, he said, was “very supportive,” and that much work was done very quickly to get things ready before the school was announced.

Tuition is set at $6,000 per year before financial aid–lower than the Catholic rate for diocesan elementary schools–and Catholic families with children at other Catholic schools in the diocese who move their children to St. Isidore will be able to apply their current financial aid discounts. Rebates will also be available if the school’s max capacity of 207 is reached.

Tuition for other Catholic schools in the diocese varies school-to-school and depends on the number of children sent by a family, and if the family is Catholic and lives within the parish; it can be as high as $11,000 under some circumstances, and as low as $6,200 in others.

The first priority for enrollment at St. Isidore’s will be local Catholic families who were attending other schools in the diocese, said Vorbach. After diocesan families have registered, consideration will be given to those from outside the diocese who are interested in a virtual Catholic learning environment. Standard tuition is the same for all families.

Families who enroll at St. Isidore are committing for virtual education for the entirety of the 2020-2021 academic year, said Vorbach. However, their child’s slot at their previous diocesan school will be reserved for the 2021-2022 academic year if they wish to return to in-person instruction in the following Autumn.

Vorbach told CNA that the diocese had conducted a series of surveys on virtual learning during the last semester to identify the best practices for a potential hybrid or all-online model for the coming school year.

“The St. Isidore model is the beneficiary of everything that was learned during the spring, both in terms of technical components, as well as pedagogical components, and so on,” said Vorbach.

“In the past, you couldn’t say necessarily that anybody or any school had really tried to work through ‘What’s the Catholic identity of a virtual school look like, and how do you do that?’’ Vorbach told CNA.

Unlike St. Isidore of Seville, which is for full-time online students in elementary and middle school grades, ADOM-VCS offers both full-time online programs as well as “blended learning” programs with archdiocesan schools for all grades.

“In the spring, through the creative efforts of a lot of teachers and administrators, we saw all kinds of ways in which the Catholic identity and the particular Catholic identity of different parish schools was highlighted, reinforced, strengthened,” he said.

While St. Isidore of Seville Virtual School is set to go for the coming school year, Vorbach told CNA that he is not sure if the school will continue on for years to come.

“We want to evaluate the service–the niche, if you will–that this school provides,” said Vorbach.

If things go smoothly, and it makes financial sense to continue the school in the future, “we can really seriously look at it as a component of a thorough, flourishing Catholic education going forward in the future,” he said.