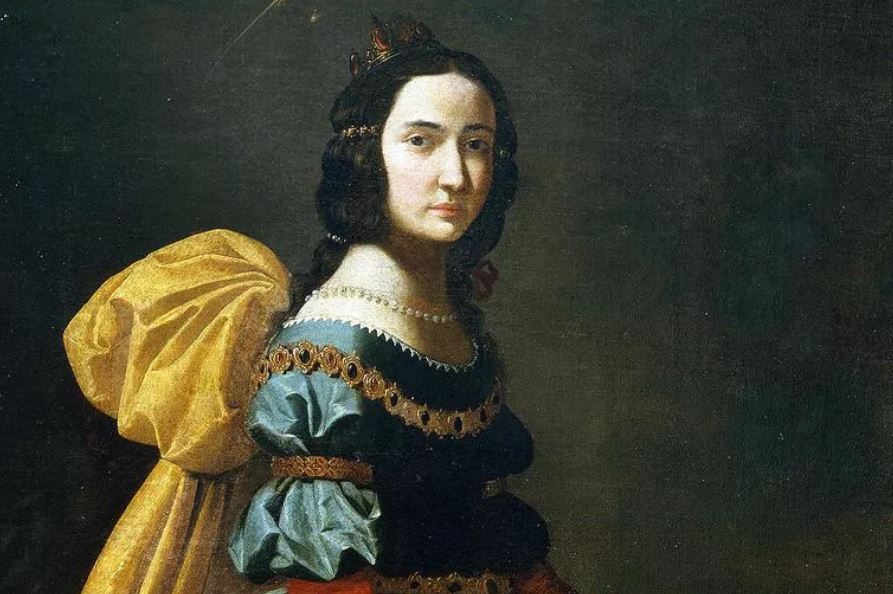 St. Elizabeth of Portugal, St. Fabiola of Rome, and all you holy men and women, pray for us!

This is the second article I’ve written on saints whose patronages includes marital relationships — good, bad or otherwise. They stand at the ready to join their prayers with ours to help us when called upon intentions:

Princess Elizabeth of Castile married King Diniz of Portugal at the age of 12. Diniz was a thoroughly immoral man and Elizabeth suffered many years of abuse and adultery. Despite it all, she continually prayed for his conversion. She spent a great deal of time helping the poor and sick getting some of the ladies of her court to assist her. Due to her prayers, Diniz reformed his life and begged her forgiveness for the pain he had caused her. At Diniz’s death in 1325, she gave away her property and became a Secular Franciscan. She later became a nun at a monastery she founded in Coimbra.

Fabiola divorced her adulterous husband after many years of physical and emotional abuse. Her second marriage ended in her husband’s death. She founded the first hospital ever and a hospice in Porto Romano for the poor and visiting pilgrims. Pope St. Siricius ordered her to perform penance for her divorce and she was received her back into the Church.

Godelieve was a Flemish noblewoman but married badly to Bertulf of Ghistelles, who abandoned her before the wedding feast was over. Her mother-in-law abused her and often starved, beaten and locked her in a cell. Seemingly, Bertulf repented of his ways but when Godelieve returned to him, his family murdered her.

Gummarus was the son of an official of Pepin the Short’s court. He married an awful woman named Guinmarie but they remained childless. Gummarus served as a soldier in Pepin’s army and, in his absence, his wife abused their servants and refused to pay them. On his return, Gummarus repaid the servants but was unsuccessful in converting his wife and so separated. Gummarus became a hermit at Nivesonck in Belgium.

Helena, mother of Constantine the Great, was married to Constantius Chlorus, co-regent of the western Roman empire. Her husband cruelly divorced her so he could marry a woman with better political connections. On his death, her son ascended to the throne and restored her to the palace. On a pilgrimage to the Holy Land, she discovered the True Cross.

Born into a poor family, Margaret was 15 years old when she married a rich Italian man who abused her for many years for her piety and her ministry to the poor. She dressed in rags and went about barefoot so as to identify with the poor. Her husband eventually died and was able to completely devote herself to helping the poor.

In 1722, at age 21, Marguerite married François de Youville, and the couple lived with his mother. François was an abusive, negligent and adulterous moonshiner. Only two of their six children survived infancy — both of whom became priests. Marguerite’s husband died in 1730 and she and children were without any means of supporting herself. She opened a small store to support her family and was successful enough to give money to the poor. Together with her spiritual advisor, Father Louis Normant du Faradon, she founded the Sisters of Charity of the General Hospital of Montreal in 1737. The hospital dedicated itself to helping the city’s poor.

Princess of Thuringia and, later, Queen of France, Radegunde was born into a pagan family but converted to Christ in the 6th century. She was forced into an arranged marriage to Clotaire, who abused her for being childless. In 555, they separated and she became a nun at Saint Medard Monastery in Noyon, France.

Zedislava was a Bohemian noblewoman who was forced into an unhappy marriage. Her husband was particularly incensed when she insisted on spending their money to assist the poor. She became a Secular Dominican and engaged in the then-highly unusual practice of being a daily communicant.

Catherine was born into a noble Genovese family but chose to become a cloistered nun. However, her family forced her to marry a known moral reprobate. They never had children and her husband squandered his family’s fortune and impoverished them both. He was particularly cruel, violent and unfaithful toward her. In 1473, Catherine experienced a vision. She convinced her husband to return to the Church and the two lived together chastely for the rest of their lives dedicating themselves to the sick and poor. At her husband’s death in 1497, Catherine became a Secular Franciscan.

How NASA Sent the Virgin Mary to M...