10 Reasons to Love and Honor Mary 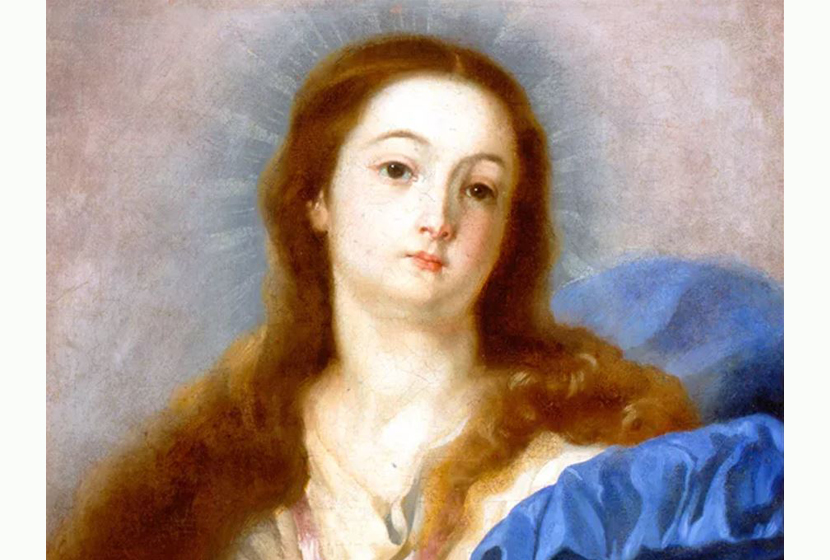 10 Reasons to Love and Honor Mary

The Blessed Mother was part of the incarnation, birth, first miracle, passion, and the death of Jesus and with the apostles for the descent of the Holy Spirit.

You can’t get too much of a good thing when it comes to loving our Blessed Mother. She wants nothing better to have us join her in heaven because that is what is pleasing to God. So the more we turn to her, the more she will be able to help us. Here are 10 reasons to increase our love for the Mother of God.

(1) Loving Mary is pleasing to God.

We cannot outdo God and no one has ever loved and honored Mary more than God has. God the Father chose her to be the Mother of his only Son; she is the spouse of the Holy Spirit, and mother to God’s only begotten Son.

Therefore, she is everything. “As the most humble handmaid of the Lord who is “full of grace,” Mary was the perfect instrument of God because she was nothing else but his instrument,” said Thomas Merton.

Jesus follows the Fourth Commandment and honors his mother so we should too.

I never met a saint who didn’t love and honor Mary. Many of them were rarely without a rosary handy.

(5) Mary has a proven track record.

Jesus performed his first public miracle because his mother asked. He said it was not his time yet, but his mother asked for help. The Bible is clear: Mary influences her Son.

(6) It’s scriptural to include Mary.

The Blessed Mother was part of the incarnation, birth, first miracle, passion and the death of Jesus and with the apostles for the descent of the Holy Spirit. It is believed that she was present during Our Lord’s Ascension. The first part of the Hail Mary is from Scripture and is centered on Jesus. Jesus and Mary go together.

During Old Testament times, it was the Queen — the king’s mother in those days — who people went to with their requests. The best chance at getting a good answer from the king was to run it by his mother. That’s the way it was done during King David’s time and Jesus is descended from the House of David.

(8) God continues to give us his Mother.

A multitude of Church-approved Marian apparitions shows that God continues to send his mother to help us. For instance, at Fatima, 100 years ago on Oct. 13, there were 70,000 people that witnessed the sun spinning and the soaked ground and clothing instantly drying. Her message to us is to pray and make reparation for sin.

Padre Pio and a host of saints called it a weapon against evil and prayed it continually. There are many documented miracle stories and many personal stories attributed to praying the Rosary.

No one can argue that she must be the most righteous, therefore, the Bible attests to the power of her prayers.

“The prayer of a righteous man has great power in its effect” (James 5:16).

If you pray a daily Rosary and are already devoted to Mary, it’s easy to pass over books on the topic thinking you don’t need it. But by already being grounded in a love of Mary and the Rosary, such books help deepen that love.

Below are three books that I highly recommend.

1) Champions of the Rosary: The History and Heroes of a Spiritual Weapon by Father Donald Calloway. He opens with the words of St. Louis de Montfort: “I promise you that if you practice this devotion [the Rosary] and help to spread it, you will learn more from the Rosary than from any spiritual book.” It’s been three centuries since Montfort wrote those words in The Secret of the Rosary.

Calloway’s book re-evangelizes people on the weapon capable of coating immorality and evil. It is a monumental work that begins with the history of the Rosary and includes miracle and conversion stories attributed to the Rosary throughout history. It also contains beautiful artwork honoring Mary, much of it commissioned for the book.

HIs own life (chronicled in No Turning Back: A Witness to Mercy) is an example of the power of the Blessed Mother. She picked up the young Calloway, bent on destruction and brought him to her son. He became a priest with the Congregation of Marian Fathers of the Immaculate Conception of the Most Blessed Virgin Mary. All proceeds from the book go to support seminarians.

2) The Rosary: Your Weapon for Spiritual Warfare, by Johnnette Benkovic and Thomas Sullivan. This book starts with the fall of man and develops a deep understanding of our need for prayer and the power of the Rosary to fight evil.

It is full of insights to appreciate the Rosary more deeply and recounts some of the most astounding accounts of victories attributed to the Rosary. Two points made by Pope John Paul II brings out the heart of the book:  “First, there is a connection between contemplating the mysteries of the life of Christ and their power being released. “Second, when we pray the Rosary, we are brought into contact with the memory of Mary’s gaze.”

It contains inspiration and stories from the saints to deepen our commitment to using such a strong spiritual weapon as the Rosary.

3) Mary of Nazareth: History, Archeology, Legends by Michael Hesemann uses historical evidence to help us to get to know the woman God chose to give birth to his Son. He takes us on a journey through ancient landmarks that Mary was associated with, and he reports on ancient history and traditions. Beautiful photographs of places and things associated with Mary are included.

4) A Heart Like Mary’s: 31 Daily Meditations to Help You Live and Love as She Does by Father Edward Looney. This is beautiful little book of meditations is for anyone who wants to transform their heart. It grew out of Looney’s daily prayer to transform his own heart: “Mary, give me a heart like yours, attentive to the needs of others, generous, loving, and pure. Help me to treasure what happens today in the depths of my heart and to make intercession for others.”

Each day opens with a brief Scripture passage, followed by a reflection, prayer and suggestion. Robert L. Fastiggi, former president of the Mariological Society of America, calls it, “one of the best applied guides in Marian spirituality.” He believes that that “many graces will come to those who read it prayerfully and faithfully.”

The Holy Nails: Relics of the Cruc...