20 Years Later, a Priest Remembers 9/11 at the Pentagon 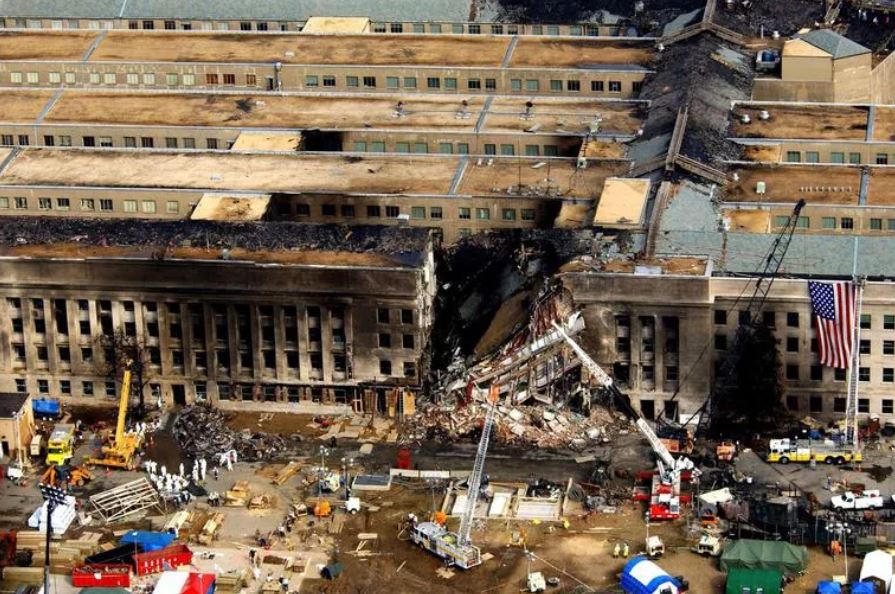 20 Years Later, a Priest Remembers 9/11 at the Pentagon

As a new priest on the morning of Sept. 11, 2001, Father Stephen McGraw was still getting his feet wet in ministry. He had celebrated a Mass for schoolchildren, was late for a burial at Arlington National Cemetery, and stuck in traffic at the Pentagon. But at 9:37am, the priest who took the wrong exit discovered himself at the right place in God’s providence. Terrorists slammed American Airlines Flight 77 into the side of the Pentagon before his very eyes, and the nation would be forever changed.

In this interview with the Register, Father McGraw, now stationed at a parish mission in the Dominican Republic, reflects on that catastrophic day and its aftermath and where God is calling the country even now.

When 9/11 took place, where were you, as a priest, as that unfolded?

I was newly assigned to St. Anthony of Padua — my first assignment as a priest — there in northern Virginia, right near the Pentagon. I had been celebrating St. Anthony’s 8:30am school Mass. So the attacks at the World Trade Center happened during the Mass. But, of course, I wasn’t aware of that. After the Mass was over, I was running late for a burial service. I had to be at Arlington National Cemetery at 10 o’clock, so I pretty much just got right into my car. I had only been there, to Arlington National Cemetery, once, maybe even a couple times, for a burial service.

In any event, I didn’t remember [the route], and without really time to stop and get directions, I just got in my car and decided I would wing it. So I was heading there and saw the exit for the Pentagon: Route 27. I took that route, which was not the way I would have gone if I remembered how [the route to the cemetery] had gone, and basically ended up right in front of the Pentagon. There was a total traffic jam that might have had to do with the World Trade Center.

But it was basically 9:35am. I’m sitting right in front of the Pentagon, in standstill traffic in the left lane of the highway, literally with my hands to my head realizing I’m finally late for this 10am burial service at Arlington National Cemetery. And in that moment, without warning, the plane came over the highway, down really low. We all either heard or felt the vibrations of the plan coming over us — apparently, it clipped a light pole right nearby as it came in, so it was 25 feet over the cars right there on the highway. So it was first that sense of something roaring over top of us, and my first sight of it was looking instinctively to my right, then seeing the plane come down, as sort of a crash landing, right into the building and simply disappearing into the building with that crash.

When did you realize or find out that this was actually a terrorist attack?

That first half hour. So as I’m just in there with my purple stole and my prayer book for the sick and dying and my holy oils.

What was going through your head in that moment?

My fundamental conviction had been from the very first moment that the crash happened, that I was meant to be there by God’s providence. The knowledge now it was a terrorist act deepened that.

Honestly, those who made it out at all got out very quickly. Before I knew it, and I was also probably in some kind of shock or what have you, but it seemed like the next thing I knew, people had the injured on that far side of the lawn.

The medics very quickly were coming on the scene. And then I was basically being summoned, and it came naturally to be able to minister to people and to be with one injured victim right after another. As the medics were attending to them, on the other side of them, I’d be right there or close by behind them to just pray and tell people, “Jesus is with you.” That’s what came to me — over and over again — was to say, “Jesus is with you.” And I’m sure sometimes praying over them, but mainly what I remember was speaking to them and saying, “Jesus is with you” and trying to console them in that way. And more than once, people responded that, Yes, he was with them.

How did you process the aftermath of that day, especially as the nation was gearing up to go to war against al-Qaida in Afghanistan?

One of the things that was happening was we were called to face this being brought to our knees. That was the way to live this moment. It was hard. With the president’s speech [on television that night], and, certainly, I know there’s a need to project strength, but it was a sense of being unbowed. And we needed to be. I think sometimes we as a nation can make an error that we need to be unbowed. We know Christians are called to be brave and be courageous, and our armed forces have to in some way project courage and strength. But there’s a way that can be done and at the same time allow ourselves to live in the moment of being brought to our knees. I felt this was a fundamental moment in God’s providence — that he would bring us up, and we would be strong, but in him.

As you look back on the 20 years since 9/11, what’s the spiritual impact you’ve seen? Are there lessons we have yet to learn?

It’s well known how many people came to church in the wake of 9/11. The churches early on were being really filled with people. So, initially, there was a response on the part of many of moving towards the Lord and maybe even a spiritual awakening. It’s hard for me to discern how much of that fruit endured. Of course, that’s always a very personal spiritual reality. I don’t doubt that, in many ways, for many people, there has been a spiritual journey, that in some way 9/11 has led people to let God work good in them. But, certainly, it seems that, in other ways, that spiritual awakening … it’s still in play.

But at the same time, there’s a sense always in God’s people — both within the Old Testament people of Israel and ourselves, where God, Jesus, is the Lord of history — that we are not the ones to take the bull of history by the horns. Rather, that’s God. So we have to act courageously, and by all means sometimes very forcefully, with the right to self-defense, as the Church upholds, even military force and so forth. But our sense in all this should be the patience of God redeems the world and not to become impatient in our all-too-human hubris. I think about the nation-building after World War I: The big U.S. refrain was “make the world safe for democracy.” So there’s always a temptation, and all the more in a great nation like ours, for that hubris. So there’s a trend of this hubris we’ve had [since World War I] to take the bull of history by the horns: that it belongs to us. But that belongs to God.

Father McGraw, what is the final thought you’d like to leave with us? Especially as the war we fought in Afghanistan after 9/11 has now ended after 20 years, with the Taliban back in control. Where do we go from here?

We need to really be looking forward, above all, to the new heavens and the new earth. For the Christian, that can never be underlined too much. As the Second Vatican Council said, the more we are looking forward to the new heavens and a new earth, the more we are led to work for the preparation of that Kingdom here and now. It’s a moment of grace. I believe this time is a moment of grace, as well, for us. We’ve been impatient, but as Pope Benedict said, the mercy of God triumphs even over our impatience. So there should never be giving into despair, that we’ve messed things up beyond remedy. Rather, our Christian hope always bids us to be ready to go forth.

I look at this moment of grace as also not a moment to be disconsolate or despairing of the situation of the world or Afghanistan, but, rather, with Christian hope, try to rebuild in a new way and with a new politics, like Pope Francis tries to set out in Fratelli Tutti. We need a new politics, a new search for the common good, through social friendship and building that up. As I’m here on the border with Haiti where I’m stationed now, I see a sense of how God, even in these tragedies that Haiti has gone through — the assassination, the earthquake, and now the flooding — that the Lord is again bringing other people around the world to be Good Samaritans, and the Gospel of mercy is being lived out. We’re always called to renew that hope in the Gospel of mercy; and then our way forward will be opened for us by God, if we can turn to him in faith and work in a new way with less self-reliance and more reliance on and hope in God.

The Eucharist should not be receiv...