29 Great Catholic Mathematicians You Should Know 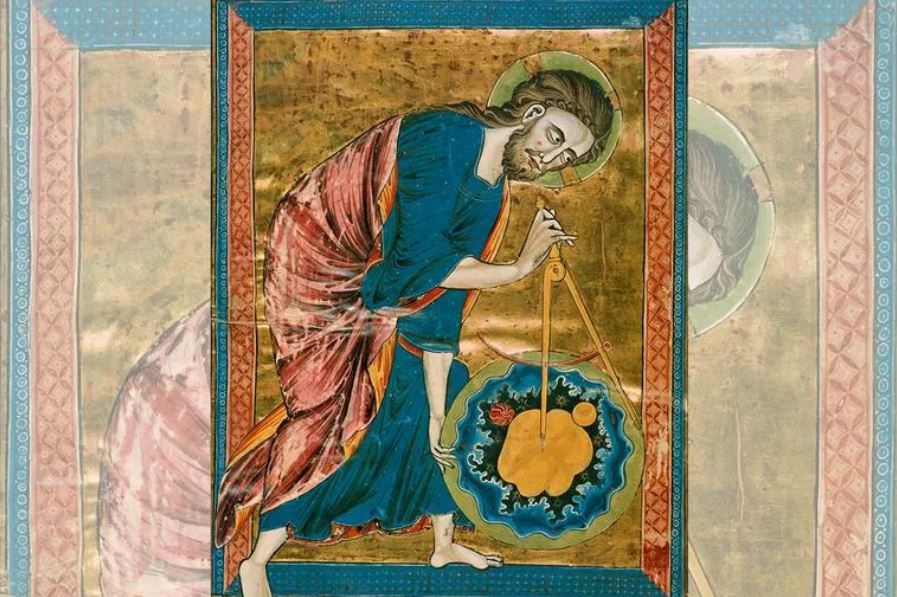 29 Great Catholic Mathematicians You Should Know

“It seems to me almost incredible,” said Pope Benedict XVI in 2006, “that an invention of the human mind and the structure of the universe coincide. Mathematics, which we invented, really gives us access to the nature of the universe and makes it possible for us to use it.”

Do your eyes glaze over when your kids ask for help on their math homework? There are a lot of Catholics you might want to thank for that before you tear your hair out. In this light, I’ve decided to highlight the accomplishments of several important clerics and lay Catholic mathematicians.

1. Archbishop Thomas Bradwardine (1290-1349). English Archbishop, physicist and mathematician who created the Law of Falling Bodies which was a precursor to the Theory of Gravity.

2. Bishop Johannes Müller von Königsberg (1436-1476). German Bishop, astronomer and mathematician known as the “Father of Modern Astronomy.” He was among the first to use symbolic algebra.

4. Blessed Francesco Faà di Bruno (1825-1888). Italian priest, advocate of the poor, musician, mathematician and beatus. The Faà di Bruno formula is named for him though he didn’t create it.

5. Bishop Robert Grosseteste (c. 1175-1253). English bishop who developed the field of mathematical physics. He also discovered the first wave theory of light. He urged his fellow scientists to use controlled experiments which ultimately inspired the Franciscan friar and scientist Roger Bacon to develop the modern scientific method.

6. Blessed Nicholas of Cusa (1401–1464). German Cardinal and beatus who developed the concept of relativity and conducted the first formal modern experiment in the history of biology.

7. Gerolamo Cardano (1501-1576). Italian mathematician, physician and astronomer who was the first to discuss negative numbers.

9. Roger Bacon (1214-1294). English Franciscan friar known as the “Father of the Scientific Method.” Though Aristotle recommended observation, he wasn’t truly methodical and systematic. Bacon, on the other hand, was the world’s first true scientific empiricist.

11. Giuseppe Piazzi (1746-1826). Italian priest, astronomer and mathematician who discovered and named the dwarf planet Ceres ― the largest asteroid in the Solar System.

12. Bernard Bolzano (1781-1848). Bohemian priest and mathematician who was the first scholar to give an analytical proof of algebra.

13. François d’Aguilon (1546-1617). Belgian Jesuit who laid the foundation for the mathematical subfield known as projective geometry. He created the term stereographic.

14. Johannes Widmann (1460-1498). German mathematician who created the plus sign (+) and minus sign (-). This shouldn’t be a surprise to anyone. Every Christian child has already noticed the stark similarity between the plus sign and a Greek cross.

15. Leonardo Pisano Bigollo (1170-1250). Italian mathematician who advocated the use of Arabic numerals that we currently use in mathematics. He also discovered the “Fibonacci Sequence.” (i.e., 0, 1, 1, 2, 3, 5, 8, 13, 21, etc.) It’s a sequence of numbers in which each number in the sequence is equal to the sum of two numbers before it. This odd pattern has led to great discoveries in natural design such as that found in seashell spirals and in sunflower seeds. It also serves many purposes in modern computing.

16. Niccolò Fontana Tartaglia (1500-1557). Italian mathematician and engineer who came up with the formula to solve cubic equations. He also was the first to apply mathematics to calculating projectiles. He is known as the “Father of Ballistics.”

19. Pierre de Fermat (1601-1665). French mathematician who laid the foundations of infinitesimal calculus. He’s most famous for “Fermat’s Last Theorem.” He proposed in a note scribbled in the margin of his copy of Diophantus’ Arithmetica. In the note, Fermat claimed to have discovered a proof that the Diophantine equation x^n+y^n=z^n has no integer solutions for n>2 and x,y,z!=0.

20. Evangelista Torricelli (1608-1647). Italian physicist and mathematician who invented the barometer and after whom the Torr unit ― used to measure pressure ― is named.

21. Giovanni Alfonso Borelli (1608-1676). Italian physicist and mathematician. He is known as the “Father of Biomechanics.”

22. Blaise Pascal (1623-1662). French mathematician and physicist who laid the foundation for probability theory. He also invented an early calculator/computer and made important theories and experiments regarding pressure and vacuums. The unit pascal is named after him.

He also created Pascal’s Wager ― the idea that belief in God leads to great benefits and virtue and atheism will backfire on you so it’s probably better to believe in God than reject him. The wager uses the following logic (taken from Pascal Pensées, part III, §233):

This is the Catholic mathematician’s way of saying that if God exists, the Believer has a chance at infinite gain (i.e., Heaven) and not believing in God would result in infinite loss (i.e., Hell). However, if God doesn’t exist, then disbelief in him will cause no loss but belief in God would only bring about greater virtues in the Believer. Choose wisely.

26. Jean-Baptiste Biot (1774-1862). French physicist, astronomer and mathematician who came to understand the nature of the polarization of light, magnetism and electricity. He lends his name to the biot unit which measures electric currents.

27. Augustin-Louis Cauchy (1789-1857). French mathematician who inspired more mathematical concepts and theorems than any other mathematician. He and Verrier discovered Neptune.

28. Urbain Le Verrier (1811-1877). French astronomer and mathematician who discovered the planet Neptune with his colleague Cauchy.

For those interested in learning about the great contributions Catholics have made to the sciences and, indeed, to the laying of the foundations of Western science and civilization, I direct you to these two articles: “A List of 244 Priest-Scientists (From Acosta to Zupi)” and “A Short List of Lay Catholic Scientists.”

‘We are delighted to have him back...