450th Anniversary of Battle Will See a Lepanto-Like Worldwide Response 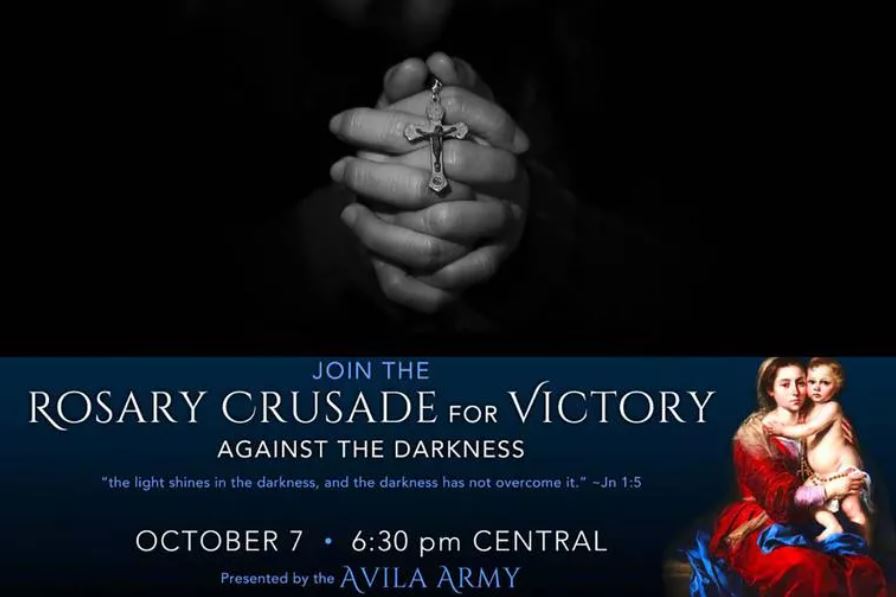 450th Anniversary of Battle Will See a Lepanto-Like Worldwide Response

Lepanto victory celebrates its 450th anniversary Oct. 7 and sees a Lepanto-like answer again on the feast day of Our Lady of the Rosary.

Thursday, Oct. 7, marks the feast of Our Lady of the Rosary and also the 450th anniversary of the Battle of Lepanto.

It’s more than a reminder that Our Lady of the Rosary can again hand us the victory to turn the tide of the battle in our country and world over immorality, secularism, antagonistic unbelief and laws downright hostile to Christianity.

Some people have taken up Lepanto’s call today for this anniversary. The reason? Lepanto became the model for other lopsided victories to come in favor of saving Christianity in Europe and elsewhere. That Lepanto victory 450 years ago was a miraculous event. When all seemed on the brink of being lost for Christian Europe, heaven provided the victory through our Blessed Mother. Her Rosary was the chief weapon, the spiritual one par excellence.

Looking to that victory, the Avila Institute is engaging in today’s Lepanto moment, taking on today’s attacks with the Avila Army on the feast of Our Lady of the Rosary, on the anniversary of Lepanto, hosting its first annual Rosary Crusade for Victory Against the Darkness. Anyone worldwide can join this battle in this live online Rosary on Oct. 7.

Why This Live Online Rosary?

“While the darkness is descending both inside the country and inside and outside of the Church, at the same time the Lord is raising up an army of fearless Catholics saying: we weren’t made to cower in the storm; we weren’t made to go hide in our basements; we were made to storm the gates of hell,” says Dan Burke president of the Avila Institute and founder of Apostoli Viae. “Our desire, our charism is to fight against the darkness. Our Lady leads us into battle because she has the mission to crush the head of the devil, Satan. We need her intercession now as we did then.” This Rosary crusade is “a remedy for our times and current climate of fear and chaos.”

Burke sees that in this climate many souls are “waiting to hear the gospel but we’re wringing our hands and grinding our teeth and allowing ourselves, being discouraged.”

On the other hand, the Avila Institute is helping dozens of men prepare for seminary and having major online courses on Catholic spirituality for students, priests and religious in 90 countries — and thousands of others with its Spiritual Direction website. Burke has also seen firsthand the power of the Blessed Mother when he was assisting exorcists.

“One of the things that came out of it that surprised me the most is how much the Blessed Mother is involved in helping people to get free,” he says. “We can’t overemphasize her role in shining a light in the darkness, setting people free so that they can join the army of God.”

Like the naval forces being the foundation at Lepanto, the Avila Army is the foundation for this Oct. 7 engagement. Not only is it ready to encourage and assemble those who participate in the Avila institute to see “by God’s grace to pray, to push back the darkness and see so many other faithful Catholics saying: ‘We’re standing together with Christ, and with one another we can change the tide,’ but to inspire and embolden people everywhere to join in this Rosary for Victory on Oct. 7.”

As Burke makes clear, “The U.S. seems to be lost, but many times in history when a nation, a country seems to be lost, what it took to save it was some of the faithful to stand up and to live fully in Christ.”

Those standing up in this Rosary for Victory will be praying together with many Catholic leaders leading the troops, including Marian Father Donald Calloway, Bishop Joseph Strickland, Dr. Ralph Martin, Lila Rose, Dan and Stephanie Burke, Kimberly Hahn, Chris Stefanick, Carmelite Sisters, Kathleen Beckman, Nashville Dominicans, Immaculée Ilibagiza, Teresa Tomeo, Archbishop José Gomez, Archbishop Salvatore Cordileone, and many more. We are urged to join them to pray the Rosary together in a worldwide effort to bring the light of Christ to all.

“Imagine the impact of so many people around the world standing strong with Our Lady of Victory 450 years after the Battle of Lepanto on her feast day,” Burke emphasizes.

Referring to that surprise victory and lesson for the ages, he says, “Everything looked hopeless on a human level. With a human calculation, this was something that could not be won. Then the decision made was: We were going to pray. Similarly, we look at the darkness of our time, people giving up on the country. No, we need to pray. God is the God of miracles. He is our deliverer.”

Burke emphasizes that “the answer is not found in human answers. It’s found in a radical dependence on God and on the Blessed Mother, and radical faith in the face of the storm. In him we will be victorious.”

As John tells us, “The light shines in the darkness, and the darkness has not overcome it” (John 1:5). This Rosary crusade is a “remedy for our times and current climate of fear and chaos.”

That tremendous Mediterranean battle off the coast of Greece, one of the greatest sea battles in history, saw an outnumbered Christian fleet defeat a superior Turkish Moor armada of the Ottoman Empire, the most powerful naval force of the time, about to invade Europe. The fate of Western Christian Europe was in the balance.

The Catholic naval forces primarily from Spain, Venice, and Genoa, called the Holy League under the command of Don Juan of Austria, had to fight the Turkish fleet in what would be the last battle at sea between “oared” ships. At the time, the Muslim force was the most powerful naval force in the world, with between 12,000 to 15,000 Christian slaves as rowers for their hundreds of ships.

Knowing that the Christian forces were at a distinct material disadvantage, Pope St. Pope Pius V called for all Catholics, all of Europe, to pray the Rosary for victory. Christians answered his call. All the churches in Rome were continuously open.

The patchwork team of the smaller Catholic fleet was powered by the Holy Rosary of the Blessed Virgin Mary. The Holy League’s 65,000 Christian sailors and troops also received Communion and prayed the Rosary together.

Although facing a much superior enemy, the winds seemed to inexplicably change to favor the Holy League fleet, and the victory they won was decisive, preventing the invasion of Europe by the Turkish Moors, and evidenced the hand of God working through Our Lady.

At the hour of victory, St. Pope Pius V, who was hundreds of miles away at the Vatican in the days of no phone, telegraph or means of instant communication, got up from a meeting, went over to a window, and exclaimed with supernatural radiance: “The Christian fleet is victorious!” He shed tears of thanksgiving to God.

Credit to Our Lady of the Rosary.

Don Juan of Austria, Commander of the Christian fleet, credited this major upset victory to the intercession of the Blessed Mother through the Rosary. The Venetian Senators officially proclaimed it was not courage, not arms, not leaders, but Mary of the Rosary that made them victors.

Our Lady of the Rosary got all the credit from the saintly pope on down to the simple sailor. She didn’t have that title yet, but it was soon to come.

As a constant reminder and to commemorate the victory, St. Pius V first instituted and called it the feast of Our Lady of Victory for celebration on Oct. 7.

Later in 1683, at Vienna, 140,000 Muslim troops were defeated by 41,000 Christian defenders through the intercession of Our Lady of Czestochowa and praying the Rosary.

After another victory over the Turks in Hungary in 1716 (on the feast of Our Lady of the Snows), that was again credited to the Rosary, the Oct. 7 feast was extended by Pope Clement XI to the universal Church was renamed Our Lady of the Rosary.

Popes Have Their Say

Blessed Pope Pius IX said, “Among all the devotions approved by the Church none has been so favored by so many miracles as the devotion of the Most Holy Rosary.”

In one of Leo XIII’s 11 encyclicals on the Rosary (here) he devotes a long section to the Lepanto victory, saying, “those who were unable to take part formed a pious band of supplicants, who called on Mary, and unitedly saluted her again and again in the words of the Rosary, imploring her to grant the victory to their companions engaged in battle. Our Sovereign Lady did grant her aid … the Christian fleet gained a magnificent victory, with no great loss to itself, in which the enemy were routed …”

St. John Paul II singles out Leo XIII’s encyclical in his own apostolic letter Rosarium Virginis Mariae (On the Most Holy Rosary), especially noting the Rosary is “an effective spiritual weapon against the evils afflicting society.”

John Paul II proclaimed in the same apostolic letter, “At times when Christianity itself seemed under threat, its deliverance was attributed to the power of this prayer.”

Here on earth we can’t forget we’re the Church militant. The Church militant must be ready for spiritual combat. The Avila Army is ready and invites us to join. Imagine the impact of so many people around the world standing strong with Our Lady of Victory, praying the Rosary on her feast day.

As Padre Pio once said, “The Rosary is the weapon.”

It’s time to pick up our weapon — the Rosary — to fight back.

Just as Europe was once saved, following the Church’s wisdom proves how the victory can be won to save this country and Christendom from many different enemies trying to take it over.

Heaven gave the answer several times loud and clear. It’s through the intercession of the Blessed Virgin Mary, through the Rosary.

Our Lady of the Rosary has proven over and over again how the victory is won. She told us at Fatima too.

Blessed Pope Pius IX proclaimed: “I could conquer the world if I had an army to say the Rosary.”

Heaven is waiting to hand us the victory. It has given us the most powerful weapon of all to triumph — the Rosary. Let’s take it up. 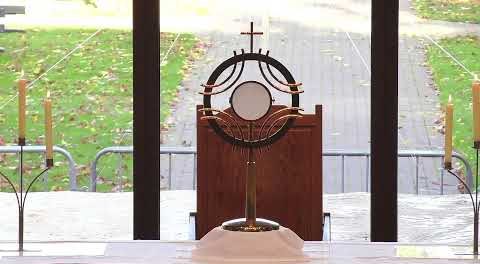 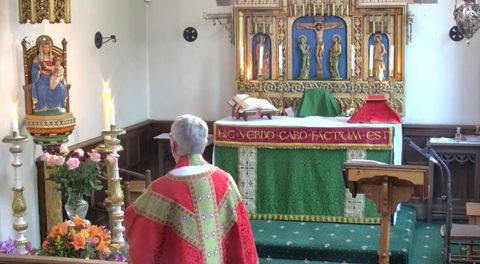 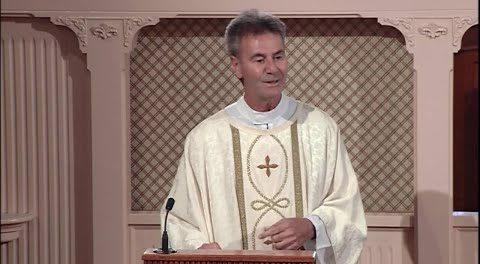 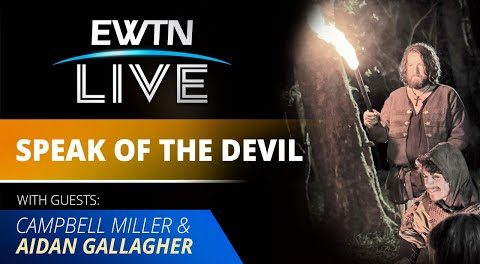