5 Angelic Prayers Everyone Should Know 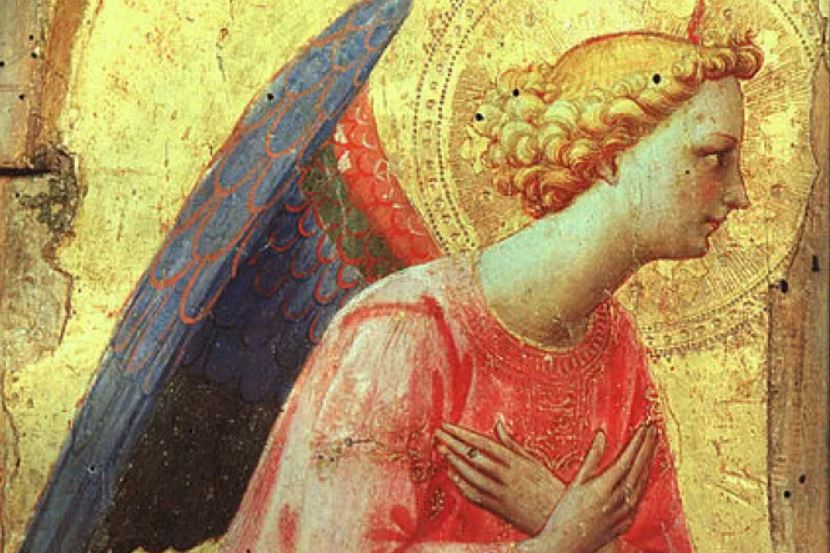 5 Angelic Prayers Everyone Should Know

Detail of Adoration of an Angel by Fra Angelico, early 1400’s. / Wikimedia commons.

Oct. 2 is the feast day of the guardian angels, just three days after the feast of the archangels. These liturgical days provide a great reason to refresh your devotion to the angelic beings that surround us at every moment. These are five prayers that every Catholic should know and pray to increase their devotion to the guardian angels, the archangels, and the mysteries of faith they are so instrumental in communicating.

The Prayer to Your Guardian Angel. When traveling, in danger, or just for an everyday devotion, this prayer is a powerful way to call upon the super-intelligent and angelic beings assigned to each person at baptism to assist them on their journey to heaven. The guardian angels are an expression of God’s providence and His love. They can help enlighten one’s conscience, guard one from attacks of the devil and physical dangers, and guide them toward holiness. This prayer is a must-have in the arsenal of invocations for Catholics.

The Prayer to St. Michael. As Prince of the Heavenly Host, St. Michael is one of the two patron protectors of the Holy Church, a post he shares with St. Joseph. This prayer has special importance for the Catholic Church, therefore. It was ordered to be prayed after the Holy Sacrifice of the Mass worldwide in response to a vision of Pope Leo XIII had of Satan attacking the Church. In recent years, Pope Francis has encouraged great devotion to this prayer.

The Chaplet of St. Michael. The chaplet of St. Michael is a prayer inspired by a vision of St. Michael to a Portuguese nun and Servant of God, Antonia d’Astonac, in the middle of the 18th century. The prayer has been indulgenced by the Church and is a devotion that honors the nine choirs of angels, not just St. Michael. According to the EWTN website, “St. Michael promised that whoever would practice this devotion in his honor would have, when approaching Holy Communion, an escort of nine angels chosen from each of the nine Choirs. In addition, for those who would recite the Chaplet daily, he promised his continual assistance and that of all the holy angels during life, and after death deliverance from purgatory for themselves and their relations.”

The Angelus. The Angelus is the traditional prayer used to sanctify 6:00 a.m., noon, and 6:00 p.m. by calling to mind the moment of the Incarnation when Jesus Christ took human flesh in the womb of His mother Mary. It is built upon the angel Gabriel’s appearance to Mary, includes three Angelic Salutations (the first half of the Hail Mary) and concludes with an invocation for the grace to follow Christ to His Passion and Resurrection.

The Angelic Trisagion. This prayer was composed after the founding of the Order of Trinitarians in 1198 A.D. and has been recited by them ever since. The prayer borrows from the scriptural understanding of how the angels praise the Father, Son, and Holy Spirit before the throne of God in Heaven. Unlike the rosary, which has five decades, this prayer has three decades: one in honor of each person of the Blessed Trinity. This hymn of worship is a masterclass in how to give honor to God as the angels do.

Antidotes to the Cultural Poison T...