5 Lesser-Known Marian Apparitions Around the World 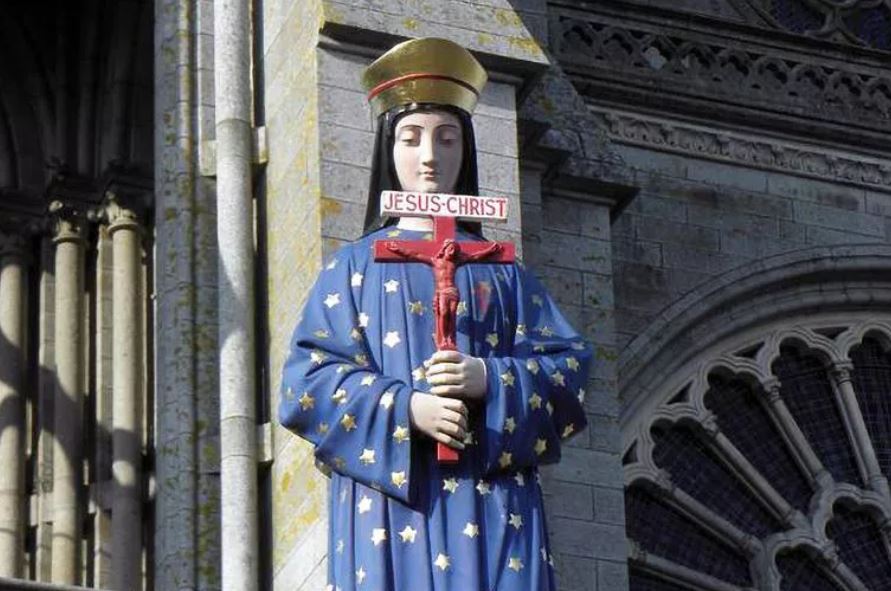 5 Lesser-Known Marian Apparitions Around the World

Lourdes and Fatima are famous — but have you ever heard of Our Lady of Pontmain or Our Lady of Banneux?

At Our Lady of Fatima Chapel in Pequonnack, New Jersey, an apostolate of the Priestly Fraternity of St. Peter, all of the beautiful stained-glass windows in the church itself are of Marian apparitions.

When I first started attending the traditional Latin Mass there, I thought I knew every window and apparition. There’s Our Lady of Fatima appearing to Jacinta, Lúcia and Francisco. Of course, there was also Our Lady of Lourdes and St. Bernadette, and the “Miraculous Medal” apparition to St. Catherine Labouré. In honor of the Americas, there was Our Lady of Guadalupe and St. Juan Diego, and they didn’t forget St. Simon Stock receiving the Brown Scapular from Our Lady of Mount Carmel.

However, I soon noticed a few I thought I knew — and a couple I’d never heard of at all.

First, Our Lady of Knock, Ireland. According to this Register article:

“On the rainy evening of Aug. 21, 1879, in tiny Knock, County Mayo, the Queen of Heaven appeared to the villagers by the parish church with the Lamb of God, St. Joseph, St. John the Evangelist and accompanying angels. Mary said nothing, but she conveyed a message of love and caring for the Irish people during a time of scarcity and agrarian unrest.”

Perhaps I was somewhat familiar with this apparition since (a) I’m half-Irish, and (b) my late uncle Rocco had a friend from Ireland, whom he visited with my parents. Still, Knock is a bit off of the radar of “major” Marian apparitions — perhaps because, as noted above, she said nothing (as opposed to her quite explicit directions to St. Juan Diego in Mexico, her proclamation that she was “the Immaculate Conception” to St. Mary Bernard at Lourdes, her exacting directives to St. Catherine Labouré about how the Miraculous Medal should be designed and struck — and of course the Message of Fatima).

The other window that I had a passing knowledge of — at least I had heard of it — was Our Lady of La Salette.

The famous (and underrated) writer and convert Léon Bloy, who had been an agnostic, called her “She Who Weeps” and wrote about her at length in his book. And Bloy is as good as his words: most pamphlets on this apparition show Our Lady with her face buried in her hands as she weeps, while two young children, Mélanie Calvet and Maximin Giraud, stand in awe while attempting to console our sorrowful mother in 1846.

Surprisingly quickly, especially by ecclesiastical standards, the apparition was determined to be genuine in just five years by the local ordinary. The Vatican, that same year, began its own investigation, and Our Lady of La Salette’s appearance and message of repentance was determined to be authentic.

Perhaps its greatest legacy is not only the place where Mary appeared, but the foundation of the Missionaries of Our Lady of La Salette in 1852. Finding a foothold in Massachusetts, the Missionaries are now involved in missionary work in the Muslim stronghold of Indonesia, the Hindu and Jain world of India, and Myanmar (Burma).

Next came a window with a name I’d never heard of: Our Lady of Pontmain. Our Lady seems to have a soft spot for France (which, when I think about it, one can understand on any number of levels) and, of course, for children.

In 1871, Our Lady appeared to two young boys who were working with their father in Pontmain. In a sense, Our Lady of Pontmain is similar to Our Lady of Victory, in that she appeared during wartime — in this case the Franco-Prussian War, which was going horribly wrong for France — and after her appearance, while France lost the war, at least something resembling peace with Bismarck’s Prussia was restored, and mercifully for the French, the Germans departed Paris. And more importantly, the Germans never reached Pontmain.

The French bishops quickly found this to be a bona fide appearance of Our Lady under the title Our Lady of Hope, and Rome followed suit in 1932 when Pope Pius XI pronounced official Church approbation of the event. Like other Marian Shrines world-wide, Pontmain draws hundreds of thousands of pilgrims each year.

Next window: Our Lady of Banneux. This is another apparition I’d never even heard of. Indeed, I didn’t even know where Banneux was (Belgium). Like Fatima, this is a 20th-century event, running from January to March in 1933. The Blessed Virgin Mary appeared to Mariette Becco, a 12-year-old Flemish girl, and like St. Bernadette, Mariette was led to a miraculous spring of water. Mary’s message here was the epitome of simplicity: “I have come to relieve suffering” and “Believe in me and I will believe in you.”

The Banneux apparition is unique in that while the local Church authorities found nothing to prevent veneration to Our Lady there — and Rome agreed to let it — the Vatican itself has never officially given its imprimatur on this appearance of Our Lady. However, on the 50th anniversary of the appearance, Pope St. John Paul II, who had himself visited Banneux, wrote a moving letter applauding the message to the poor that this Marian Shrine purveys (you can read St. John Paul’s letter here: )

Finally, there’s Our Lady of Beauraing — which, surprisingly, immediately preceded Our Lady’s appearances at Banneux. Beauraing is also in Belgium, and Mary showed herself to a group of young children on 33 occasions. If Banneux’s message was an exercise in simplicity, Beauraing took it to bare bones: “Pray, pray, pray” and “I am the Immaculate Virgin.” The local ordinary, the bishop of Namur took eight years to deem this apparition as verifiable, and Rome followed suit nine years after that. Pope St. John Paul II visited this rather remote Marian shrine as well.

Missouri nuns have a history of be...