A Castle, a Telescope and the Real Gandalf the Grey 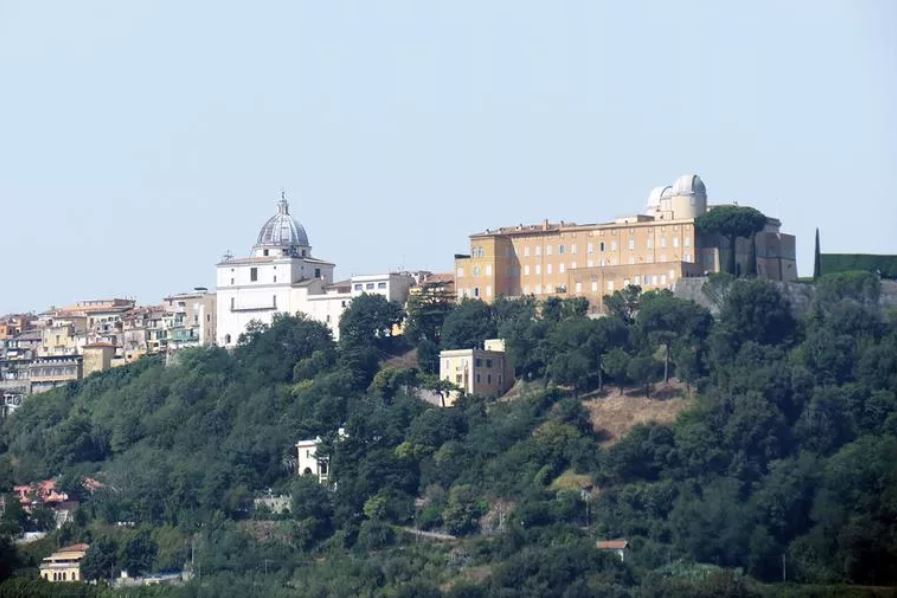 A Castle, a Telescope and the Real Gandalf the Grey

The feast day of Blessed Gandolph, a gray friar, is April 3.

Even before J. R. R. Tolkien’s masterpieces, The Hobbit, The Lord of the Rings and The Silmarillion, the popes had their summer residence in Castel Gandolfo.

But what’s the connection between Tolkien and this castle? It lies in the unlikely personage of Blessed Gondulphus of Binasco.

Follow along with my logic which is both tenuous and specious:

See where this is going?

There it is in black-and-white — as clear as irrefutable and ineluctable crystal.

Blessed Gandolph was born to a rich family in the little town of Binasco in Lombardy. He eschewed the vanities of the material world and dedicated himself to prayer, penance and charity to the poor. It wasn’t odd that he was attracted to St. Francis of Assisi’s order and soon asked for admission.

Much of his ministry was spent in Sicily, where he was greatly admired. He fasted three days every week and restricted himself only to bread and water on those days. His only tunic was a really itchy hair shirt. He spent many nights in prayer and was often lost in rapt ecstatic prayer.

He hated all compliments and spurned any admiration directed at him. Thus, he and his fellow friar Pascal begged for permission to live as hermits so as to avoid all temptations to vanity and pridefulness.

The two struck made their way to the mountains of Petralia in Sicily. En route, they stopped at the town of Polizzi. The faithful begged Gandolph to stay and preach the Lenten mission to which he agreed. Gandolph spoke with great, inspiring zeal and converted many sinners to return to the Faith. He taught them real devotion and the importance of striving to virtue. Unfortunately, Brother Paschal fell ill a few days later and lost his ability to speak, making sacramental confession impossible.

He remained mute for five days while becoming gradually weaker. He pantomimed — an Italian custom — to Gandolph to help him but the later was overwhelmed by the situation. When Pascal seemed at death’s door, Gandolph begged God to give him insight into Pascal’s soul so that he could make a thorough confession.

At that very moment, Pascal recovered his speech and said to Gandolph, “I thank God and you, my father, because through your intercession, I have been delivered from Hell. Through negligence, I omitted to confess certain sins, for which the devil was about to lay hold of me, and he would have dragged me down to Hell but for your kind help.”

Pascal made a full confession to Gandolph and he died in God’s graces.

In 1260, on Holy Wednesday of Holy Week, Gandolph was preaching in one of the churches in Polizzi when he had a sudden revelation. He told the congregation that he would die in a few days’ time. Knowledge of time and date of one’s death is itself a grace God gives to some and confirms Gandolph’s sanctity.

The saint made his way to St. Nicholas Hospital where he lived and became sick and prayed. A few days later on Holy Saturday, he told the sisters attending him that he would be dead before dawn. And, just as he died, the bells of all the churches in Polizzi rang of their own accord. Those who were present at Gandolph’s death noted that a sweet odor of sanctity filled the entire hospital which lasted for two weeks. All the people of Polizzi mourned the saint’s death and countless miracles were reported at his grave and through his intercession.

Sixty years later, the faithful of Polizzi wished to move Gandolph’s remains to a more respectful place. In the ensuing time, everyone in the town had forgotten the exact spot of his burial, prompting the populace to pray to God to help find the friar’s body. Miraculously, the saint’s final resting place was revealed to some laborers. When the body was examined, it was found to be incorrupt. Many miracles were granted to those who came to Gandolph’s new tomb.

Back to stately Castel Gandolfo, which is located 40 minutes by train southeast of Rome. It’s indirectly named after Blessed Gandolfo.

Pope Pius II, in his commentary of 1462, mentioned that the name of the palace is derived from Gandulphi Sabinorum, named for Gandolfo Savelli — a nobleman of a rich and powerful Roman aristocratic family which rose to power and ultimately produced two popes (Honorius III and Honorius IV). Savelli was born soon after Blessed Gandolfo’s death and was baptized with the saint’s name.

The Savelli Family ultimately fell on hard times and their castle was sold to the Church for 150,000 scudi — cheap at twice the price — in 1596. The Papal Residence was designed by Carlo Maderno for Pope Urban VIII in the 17th century. Pius XI later added the Papal Palace and the adjoining Villa Barbarini. The Papal Palace was abandoned from 1870 to 1929 but was reoccupied after Mussolini recognized the Lateran Treaty.

Interestingly, the Specola Vaticana — the Vatican’s observatory — is still located in Castel Gandolfo. By the 1930s due to light and air pollution emanating from Rome, the telescope housed there could no longer be used effectively. However, the building currently remotely operates a telescope at the Mount Graham International Observatory in the United States.

Prior to its decommissioning in the late 19th century the Vatican Observatory was part of an international initiative to create the first photographic Carte du Ciel (French: “celestial map”) pinpointing every viewable star’s position. Italian astronomer Father Francesco Denza led the Vatican’s contribution to the project until his death in 1894. In the early part of the 20th century, Father John Hagen took over the project, and with help from four Italian nuns of the Sisters of the Holy Child Mary, were able to finish the cataloging.

By 1961, the Observatory then established the Vatican Observatory Research Group (VORG), with offices at the Steward Observatory of the University of Arizona in Tucson, Arizona. In 1993, VORG completed construction of the 71-inch Vatican Advanced Technology Telescope (VATT), which is at Mount Graham near Safford, Arizona.

I’m fascinated by all the saints but even I admit that this story is bit convoluted. But we Catholics take what we’re given. It’s interesting to note that Tolkien established March 25 — the Feast of the Annunciation — as the date upon which Sauron fell at the Battle of Mordor where Gandalf the Grey fought bravely. Nine days later — on April 3 — Blessed Gandalf the Grey’s feast day is observed.

There are no coincidences if you believe in God.
Share With:
Previous Article

Why is the internet abuzz with fal...