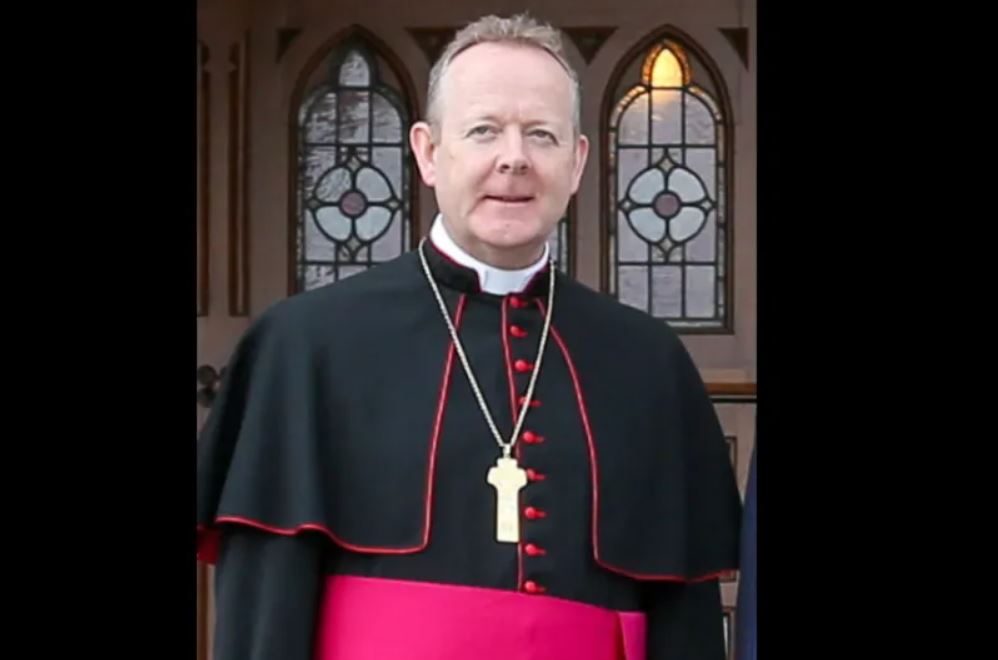 A senior Catholic archbishop told Ireland’s health minister on Monday that priests’ pastoral work should be “deemed essential, rather than subject to penal sanction” amid the coronavirus pandemic.

Archbishop Eamon Martin made the comment during an April 19 meeting with Health Minister Stephen Donnelly after the Irish government published stringent new regulations on public worship.

In an April 19 statement, the Irish Catholic Bishops’ Conference said that Martin presented his objections to the new regulations, contained in a document known as statutory instrument 171 of 2021 and approved by Donnelly on April 12.

A statutory instrument is a form of secondary legislation allowing government ministers to legislate on day-to-day matters.

While public worship was suspended in the Republic of Ireland at the end of 2020 as a safety measure to the prevent the spread of the virus, the new regulations effectively criminalize Mass with a congregation.

The statement said: “Archbishop Eamon Martin explained the deep concerns already expressed with regard to the criminalizing of leading, and gathering for, public worship at this time in Ireland despite the consistent support from the Churches for public health messaging since the beginning of the pandemic.”

“He reiterated the Church’s support for the protection of health, life, and for the common good, and he emphasized the importance of respecting and sustaining people’s spiritual well-being alongside their physical and mental health. For people of faith, he added, this is deemed essential.”

The statement continued: “The Archbishop emphasized that the vital pastoral work of priests and other ministers on the ground should also be respected and deemed essential, rather than subject to penal sanction. Ministers of religion are often on the front line supporting the sick, the bereaved, the isolated, and those who are struggling to cope.”

“Pastoral ministry and spiritual support, which are so important for people during the time of pandemic, ought not to be confined to a small number of legally acceptable and ‘regulated activities.’”

The new regulations, which came into force on April 13, forbid most large gatherings, with a narrow list of exceptions, including for priests celebrating Mass via live stream, as well as wedding receptions and funerals.

Martin, the archbishop of Armagh and Primate of All Ireland, had requested an urgent meeting with Donnelly on behalf of of Ireland’s four Catholic archbishops.

In a statement on behalf of the archbishops on April 18, Martin said that the Church leaders only became aware of the statutory instrument when it was published in the Irish government’s official gazette, days after it came into effect.

He accused ministers of introducing the “draconian” new regulations on public worship “in a clandestine manner” and said that the Catholic Church was taking legal advice.

The bishops’ conference said that during his meeting with Donnelly, Martin emphasized the importance of “regular and meaningful conversation and consultation between Church, state, and public health advisers.”

It added that the minister explained that the statutory instrument was “not intended to single out worship but was designed to regulate indoor and outdoor gatherings that might pose a risk.”

The government has signaled that, as its vaccination program advances, it will begin to relax restrictions cautiously in May. Catholic bishops have urged the authorities to prioritize the resumption of public worship.

Public Masses have remained suspended in Ireland despite restrictions being lifted in neighboring countries. Public worship resumed over the border in Northern Ireland on Good Friday, April 2. A landmark legal ruling led to the resumption of public Masses in Scotland in March. Public Masses have continued in England throughout a stringent lockdown that began on Jan. 4.

The Irish bishops’ conference reported that the health minister told Martin that the government recognized the importance of religious worship and that “consideration would be given to early re-opening of public worship in accordance with public health advice in the coming weeks.”

Ireland, a country with a population of almost five million people, has recorded a total of 243,911 cases of COVID-19 and 4,836 deaths as of April 20, according to the Johns Hopkins Coronavirus Resource Center.

Health authorities said on Monday that they had identified three cases of the new Indian strain of COVID-19 in Ireland.

The bishops’ conference said that Martin would brief Ireland’s other archbishops on the meeting.

Meanwhile, it said, the Church would continue to seek “clarification and legal advice regarding the extent and implications of the statutory instrument.”