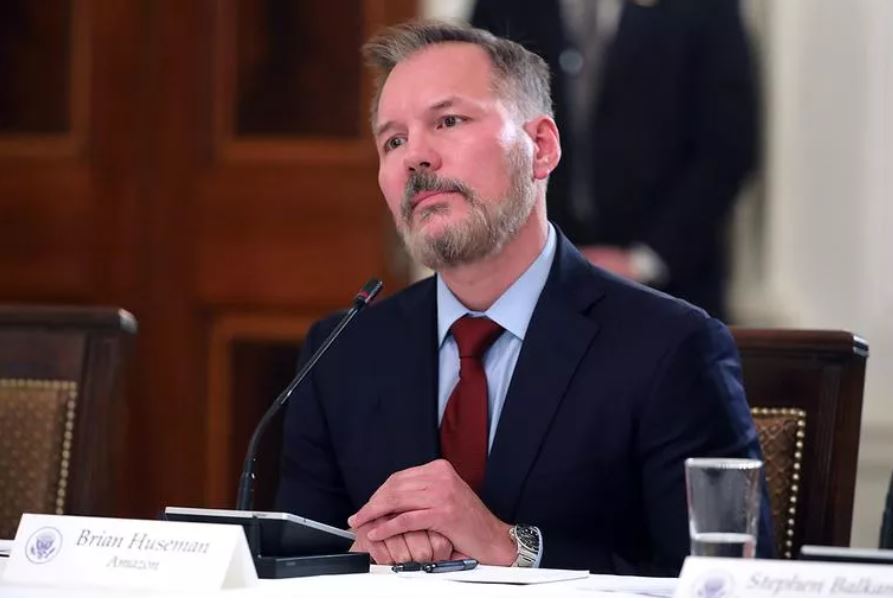 SUBHEAD: The tech giant says it will “not sell books that frame LGBTQ+ identity as a mental illness,” but continues to sell the APA’s Diagnostic and Statistical Manual of Mental Disorders, which includes gender dysphoria as a disorder.

This week Amazon broke its silence over the purging of Ryan Anderson’s When Harry Met Sally: Responding to the Transgender Moment, and explained why it had delisted the book in a letter to GOP senators who had demanded answers from the tech giant.

“As to your specific question about When Harry Became Sally, we have chosen not to sell books that frame LGBTQ+ identity as a mental illness,” stated a letter signed by Brian Huseman, Amazon’s vice president of public policy.

The letter said that Amazon reserved “the right not to sell certain content. All retailers make decisions about what selection they choose to offer, as do we.”

Ryan Anderson reacted to Amazon’s policy statement on social media, in a series of tweets that challenged Amazon’s stated policy and justification for delisting his book.

“Amazon has finally responded. Everyone agrees that gender dysphoria is a serious condition that causes great suffering. There is a debate, however, which amazon is seeking to shut down, about how best to treat patients who experience gender dysphoria.”

Anderson then pointed to apparent contradictions in Amazon’s policy. Why was his book removed, while professional books that address the diagnosis and treatment gender dysphoria as a mental illness remain available for sale on the platform?

“Gender dysphoria is listed in the APA’s Diagnostic and Statistical Manual of Mental Disorders, which Amazon sells. So the real deciding factor seems to be whether you endorse hormones and surgery as the proper treatment or counseling.”

Anderson charged that Amazon’s censors had not read his book, and “relied on hit pieces” to make or defend its decision.

Finally, he predicted that “Amazon’s new policy will harm those who would most benefit from my book,” and linked to an article by a man who had struggled to address his gender dysphoria and gained hope from Anderson’s book.

Amazon’s letter to Senators Marco Rubio of Florida, Josh Hawley of Missouri, Mike Braun of Indiana and Mike Lee of Utah also addressed several other questions, though the answers provided little transparency on the internal discussions leading to its stated policy or the objective criteria applied in this specific case. While asked to provide examples of Anderson’s violation of content guidelines, Huseman’s letter avoided any concrete details.

In their Feb. 24 letter, the GOP senators asked whether the delisting of When Harry Became Sally was “part of a broader campaign against conservative material and voices on Amazon’s platforms?”

“No,” said Huseman “We offer customers across the political spectrum a wide variety of content that includes disparate opinions.”

The senators asked whether “advance warning of the book’s removal from Amazon’s platforms,” was provided, and whether a reason was given.

Finally, the senators noted that “Amazon Web Services hosts countless websites related to religious, politically conservative, classically liberal, and other content that falls outside the realm of acceptable woke groupthink. Are these sites at risk of being denied service by Amazon? How does the determination of which site to host compare to that of which books to remove from Amazon’s platforms?”

Huseman sought to reassure the senators. “AWS provides technology and services to customers across the political spectrum, and we respect our customers’ right to determine for themselves what content they will allow. We simply require that our customers comply with our terms of service which, are designed to prevent encouraging and inciting violence that could harm people.”

As I reported previously, Amazon’s decision to purge When Harry Became Sally received scant attention from major news outlets like the New York Times or the Washington Post, owned by Amazon’s founder, Jeff Bezos. Of the major news outlets, only the Wall Street Journal, which also reported on Amazon’s new letter in the matter, has covered this story.

And last week, one of the New York Times’ lone conservative voices, Ross Douthat, wrote a column about the recent removal of several Dr. Seuss books, while remarking on the eerie silence following the suppression of Anderson’s book.

“Just a few weeks ago the Amazonian giant decided to simply delete, without real explanation, a 2018 book by Ryan Anderson, a Catholic scholar and the head of the Ethics and Public Policy Center, called When Harry Became Sally: Responding to the Transgender Moment,” wrote Douthat.

“As with Seuss, the Anderson deletion has mostly been a conservative cause célèbre. I’ve seen little liberal concern over the dominant player in the book business playing censor in culture-war debates.”

He noted, however, that liberals he knows have private expressed their worries about the rise of transgender ideology and the suppression of free speech and civil discourse that has accompanied this development.

Douthat is hoping that liberals will step up to challenge the arguments used to justify censorship of inconvenient or uncomfortable ideas and arguments. But is it already too late?

Survey: One in three Catholics in...