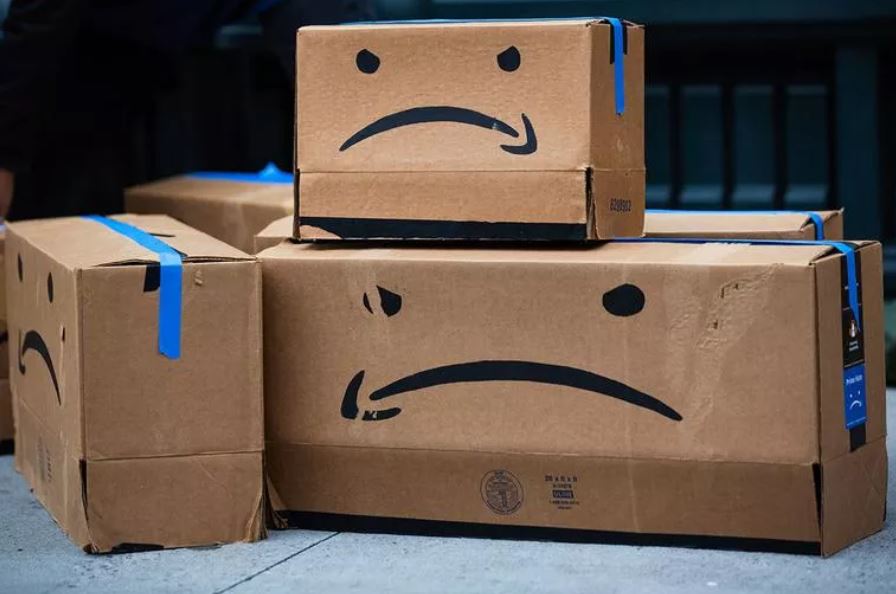 The tech giant’s action against a controversial critique of transgender ideology comes as Democratic lawmakers step up efforts to censor conservative voices online and on cable television.

Three years ago this month, when Ryan Anderson’s new book, When Harry Became Sally: Responding to the Transgender Moment, first sparked a political “uproar,” critics accused the author of mounting an “inflammatory case against transgender people.”

At issue: Anderson’s insistence that Americans “need to respect the dignity of people who identify as transgender, without encouraging children to undergo experimental transition treatments, and without trampling on the needs and interests of others.”

Anderson’s book quickly rocketed to the top of Amazon’s best seller lists for natural law and LGBT issues. And in 2018 that prompted some opponents to attack the platform for “giving credibility to an anti-trans book by allowing it to gurgle its way up to the #1 spot in the category of Gay & Lesbian Civil Rights History.”

Here’s what happened next. According to the Washington Post, Amazon “did not respond to questions about When Harry Became Sally, but the book mysteriously vanished from the platform’s Gay & Lesbian Civil Rights list,” while remaining on the Natural Law bestseller list.

Now Amazon has signaled its intention to go one step further, when LGBT activists register their strong displeasure with a book’s argument: remove all trace of it on its platform.

This weekend, Anderson learned that every trace of When Harry Became Sally had been “scrubbed” by Amazon, though the author’s other books are still being sold on the platform.

The action, reminiscent of the Soviet-era practice of airbrushing history books that contained inconvenient facts, comes amid a crackdowns on free speech tag-teamed by tech giants and some Democratic lawmakers.

A Feb. 22 Wall Street Journal editorial, “Tech Censorship is Accelerating,” flagged a number of worrying developments in Congress this week.

First, there’s the Feb. 22 letter from Democratic Reps. Anna Eshoo and Jerry McNerney, who have written the major telecommunications and tech companies to register their concerns regarding the promotion of “misinformation” by media outlets, and to ask why some conservative programs are permitted on Amazon’s Fire TV.

Then there’s the Feb. 24 House Energy and Commerce Committee hearing on “Disinformation and Extremism in the Media.” As the Journal editorial reports:

“The House also released a memorandum ahead of the hearing that appears to give orders to mainstream news sources. ‘Despite criticism, many traditional media outlets continue to allow for the disinformation in an attempt to follow journalistic standards and present multiple viewpoints on a news story,’ the Committee avers. Got that, newspaper editors? Please adjust your coverage to the liking of Congressional Democrats.”

Finally, on the same day, the House is expected to vote on the Equality Act, which is opposed by the U.S. Conference of Catholic Bishops, who have warned, among other objections, that its passage could result in discrimination against faith-based charities that follow Church teaching on gender issues.

Meanwhile, Anderson has pushed back against what he describes as a “heretic-hunting Left,” which, in his view, has never bothered to honestly engage the arguments in his book.

“It’s not about how you say it, or how rigorously you argue it, or how charitably you present it. It’s about whether you affirm or dissent from the new orthodoxy of gender ideology,” he charged, in the pages of First Things.

“Amazon never informed me or my publisher that it was removing my book. And Amazon’s representatives haven’t responded to our inquiries about it. Perhaps they’re citing a religious objection to selling my book? Or maybe they only sell books with which they agree? (If so, they have a lot of explaining to do about why they carry Adolf Hitler’s Mein Kampf.) If there’s a religious or speech objection, let’s hear it. But if it’s just an attempt to skew the conversation in the public square with an attempt to discredit one of the Equality Act’s most prominent critics, that’s a different matter.”

Major news outlets like The New York Times and Washington Post have yet to report on Amazon’s delisting of When Harry Became Sally.

But Anderson’s publisher, Encounter Books, wants the public to understand that a dangerous assault on the free expression of ideas is underway.

“If Amazon, which controls most of the book sales in America, has decided to delist a book with which some of its functionaries disagree, that is an unconscionable assault on free speech. It will have a chilling effect on the publishing industry and the free circulation of ideas. It must not be left to stand unchallenged,” read a statement from the publisher.

Rod Dreher, who was the first to announce the news, offered further context in a Feb. 21 post on his The American Conservative blog.

“Given Amazon’s power, no publisher is going to publish future titles critical of gender ideology if they risk those titles being de-listed by Amazon,” Dreher wrote.

“You can still buy Abigail Shrier’s bestselling Irreversible Damage: The Transgender Craze Seducing Our Daughters on Amazon — but hurry, because it is probably just a matter of time before Bezos cancels it.”

Dreher further advised his readers to make “a list of books — classics, whatever — that might be endangered by the Woke, and start buying hard copies now, for yourself, for your kids, for the future. They will be precious before you know it.”